Brazil's champion city in deforestation is also one of its most violent. 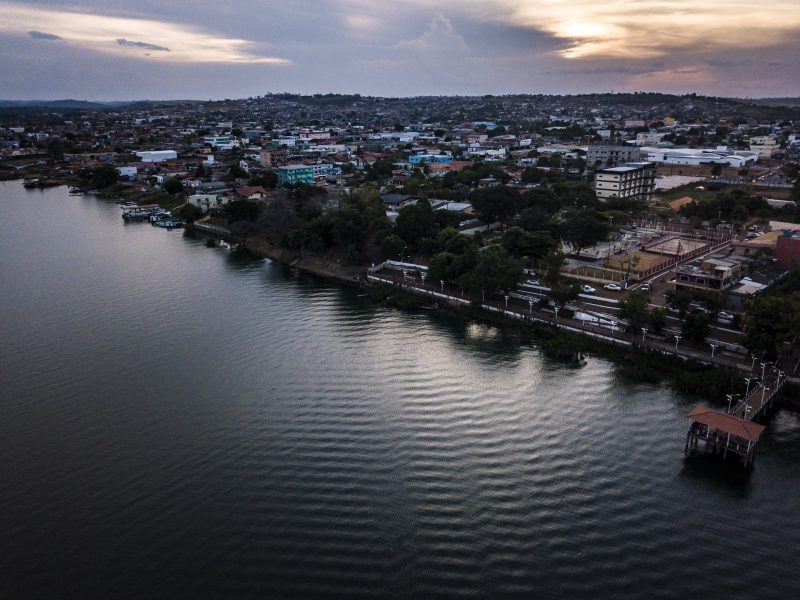 The city of Altamira, in the northern region of Brazil, is located in the heart of the Amazon. Image: Pablo Albarenga/Mídia Ninja, CC BY-NC-SA 2.0

Altamira, a city in the heart of Brazil's Amazon forest, is the country's largest by land area, and the third-largest in the world. It's more extensive than Portugal, Switzerland, or Iceland, despite a population of only 114,000. In 2019, Altamira made international headlines following reports of forest fires — it's the number-two city in Brazil in the number of wildfire spots in 2019. But that's not the only challenge faced by this city.

In recent years, Altamira has seen a spike in threats to indigenous lands and prison and urban violence. On July 29, 58 people were slaughtered in the city's jail following an internal dispute between inmates; 16 people were beheaded. Many of them were still waiting for a trial. Other four prisoners were killed inside a government car while it transferred them to another facility following the massacre. It was the second-largest massacre in the history of Brazilian prisons, only behind the Carandiru massacre in 1992, when 111 were killed.

At the beginning of September, Global Voices spoke with Father Romildo, a priest responsible for the Altamira's branch of the Catholic Prison Pastoral. He said that several families were still waiting to identify possibly-killed relatives.

The prison population in Altamira, he says, has doubled in recent years. While beforehand disputes were restricted to local gangs, now there are new and bigger players in town — such as Comando Vermelho, the main criminal group from Rio de Janeiro, and PCC, from São Paulo, and Brazil's largest criminal organization. He says:

Altamira has become a war scenario. Every weekend we see murders, robberies. The city has no order. Meanwhile, we noticed that the prison population swelled. Our prison was already overcapacity and the number of prisoners continued to increase nonetheless.

Romildo was born 46 km away from Altamira and moved to the city in his teenage years to study. Now, he works in an agroecological community and makes regular visits to the city’s prison. As many people from Altamira say, the roots of many of the current problems lie in the construction of the Belo Monte dam, a 7.3-billion-USD hydroelectric power plant inaugurated in 2016 in the Xingu River.

A dam has been prospected for the area since the 1970s, but it was only in 2011, during the leftist Worker's Party government, that construction began. The government justified the dam's development as a means to ensure Brazil’s energy security in light of the country's growing demand for electricity.

The population increased overnight. It was all because of Belo Monte, the construction of the dam brought many people, and the city swelled. Infrastructure was already poor, it did not attend all the city’s demands, and with the dam it got worse.

Many people came to Altamira with pre-arranged jobs, but there were also many adventurers, those who came with the hope of finding work but faced difficulties, especially with housing. The rent prices went up. With an enterprise of the size of Belo Monte, criminality also went up.

In the early 2000s, Altamira’s homicide rate was of 11,3 murders for every 100,000 inhabitants. In 2017, it was 135,5. It surpassed the homicide rate of Honduras, the holder of the highest homicide rate in the world on that year, according to the UN. The latest Atlas of Violence, a yearly Brazilian study on public security, places Altamira as the second most violent city in Brazil.

Indigenous people have suffered the most with the construction of the Belo Monte dam. In September, Brazil's Federal Police discovered a 15,000-hectare deforested area inside an officially-designated Indigenous Land in Altamira. In August, Xikrin leaders said they received threats by a 300-strong armed gang who were building houses inside their land.

In 2014, Eliane Brum, an award-winning Brazilian journalist that has been covering Belo Monte for years, interviewed Brazilian federal prosecutor Thais Santi, who is stationed in Altamira. Santi stated that judges used to say that they could not interfere in political or governmental decisions regarding Belo Monte, even when irregularities were evident.

Santi says she's seen communities being torn apart by the dam's construction, with a spike in alcohol addition and incidents of racism. Santi called the situation in the region “an indigenous ethnocide”:

I’ve found here the continuance of what I’ve studied in my masters on Hannah Arendt. Belo Monte is the perfect case to study a world where anything is possible. Hannah Arendt studied totalitarian states. She studied the world of Jewish genocide. And I think it is perfectly possible to read Belo Monte the same way.

The Amazon fires that made headlines internationally in August seem to have been human-made, and possibly criminal. Local journalist Adecio Piram reported that farmers organized a “fire day” in the state of Pará on August 10, in which they set fire to an area around a federal road. Magazine Globo Rural later reported the case:

It’s known that more than 70 people — from Altamira and [the city of] Novo Progresso — among them trade unionists, farmers, merchants, and land grabbers, arranged via WhatsApp to set fire to the margins of the BR-163 highway, which connects that region to Pará ports in the Tapajós river, as well as to the state of Mato Grosso. Their intention was to show president Jair Bolsonaro that they support his ideas of “loosing up” inspections by Ibama [Brazil environment regulator] and maybe receive a pardon for past environmental fines.

The actual fire season in Altamira hasn’t started yet. The situtation becomes more dramatic in October, November. This year, it will escalate to apocalyptical stages.

Debora Alvares, a reporter for The Huffington Post Brasil, wrote about an encounter she had with local loggers, who she says have threatened her. She says:

This tension in the air, mixed with the soot, doesn’t seem like an exception. Different sources in Altamira told me about a recent attack to Ibama cars after news of upcoming inspections in the area circulated. Even a bridge was allegedly destroyed by the loggers.

One of the problems reported by one Ibama agent that I’ve interviewed was access within the Amazon region. Long stretches of dirt on BR-230 itself make it difficult to get to forest areas where fires are taking place.

In an article published on September 13, Eliane Brum says that, after the fires, Altamira was filled with reporters, which gave the city hope to see its other problems gaining attention as well. In a year that has proven more difficult than usual to the city, Father Romildo sums it up:

We live in Altamira the world where everything is possible. We have the impression that we are living in a lawless land.