A snapshot of climate strikes across Southeast Asia

'There is no planet B' 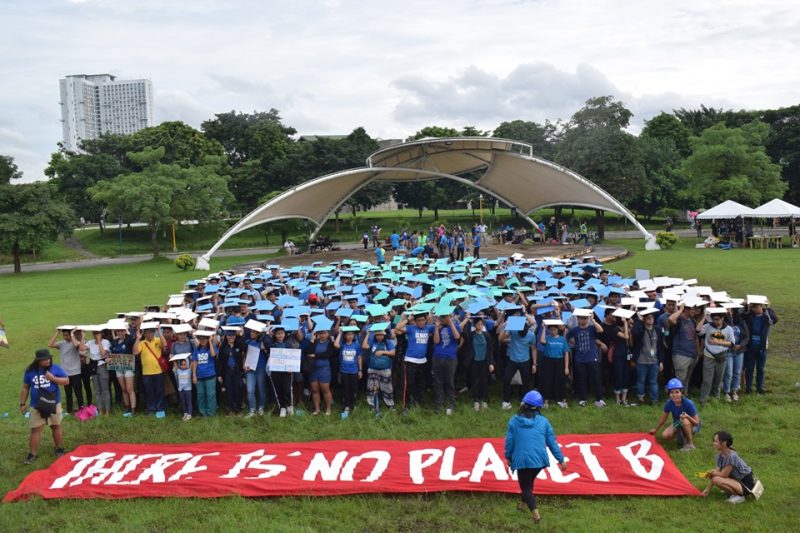 Several actions were organized across Southeast Asia from 20 to 22 September 2019 in support of the Global Climate Strike. One of the aims of the global strike was to mobilize young people and put pressure on world leaders who were scheduled to meet at the United Nations Climate Action Summit in New York.

The protest actions in Southeast Asia highlighted various issues such as the impact of large-scale mining, haze pollution, and continuing dependence on fossil fuels. Like in other parts of the world, the climate strikes in Southeast Asia featured the active participation and leadership of young people.

Below is an overview of protest activities across Southeast Asia:

Myanmar protesters demand the declaration of a climate emergency

More than 200 people marched from the new Bogyoke Market to Sule Pagoda, and then gathered outside Mahabandoola Park in Yangon on 21 September. They urged the Myanmar government to declare a climate emergency, impose a moratorium on projects that harm the environment, and promote environmental justice. 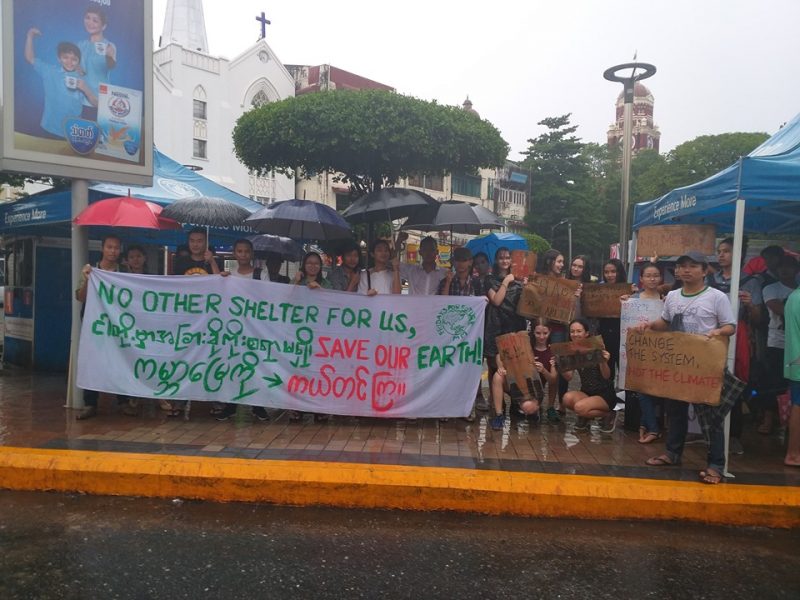 More than 600 young environmentalists in Manila participated in a human-Earth formation while carrying placards that call for climate justice on 20 September. They denounced the rising number of extrajudicial killings targeting environmental defenders and land rights activists under the government of President Rodrigo Duterte who came to power in 2016.

More than 150 young environmentalists held a die-in protest in front of Thailand’s Ministry of Natural Resources and Environment on 20 September. They submitted a petition asking the government to phase out coal and transition to renewable energy. A government official received the letter and lauded the concern of young people for the environment. 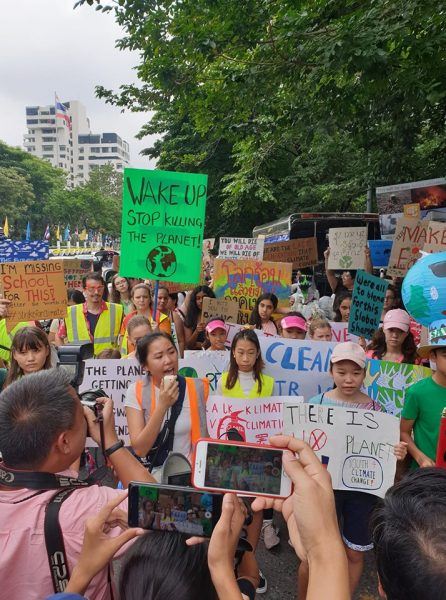 More than 300 people joined the protest organized by Klima Action Malaysia on 21 September. They linked the worsening haze pollution to the climate crisis and asked the government to probe companies responsible for financing the deforestation of lands in Malaysia and Indonesia.

my heart is full and content seeing so many people from all walks of life fight for climate justice but am i satisfied? am i comfortable? no. this is not enough. we want change. we want climate justice. and we want it RIGHT NOW. #MYClimateStrike #ClimateAction #daruratiklim pic.twitter.com/t3SQgyMO7D

Reports indicated that more than a thousand young people marched in Jakarta on 20 September. They criticized the failure of the government to stop the forest fires in Sumatra and Kalimantan which caused massive haze pollution not just in Indonesia but also in Malaysia and Singapore. The expansion of plantations and illegal land conversions are blamed for the raging forest fires in the country.

we’re marching together with our posters and our heart to raise this awareness. WE SHOULD ACT! GOVERNORS SHOULD ACT! PEOPLE IN POWER SHOULD LISTEN AND ACT!#JakartaClimateStrike #JedaUntukIklim #ClimateStrike pic.twitter.com/UsEvEpnKRD

Singapore had a large turnout during its climate strike on 21 September at Hong Lim Park. An estimated two thousand people joined the action calling the government to decarbonize the economy and reduce its greenhouse gas emissions. Participants wore red to symbolize the climate emergency we are facing today.

From yesterday's #sgclimaterally, photos taken by my friends. Organisers (and cynical hannah) expected 500 people to turn up – 2000 Singaporeans said fuck you haze and showed up. Feeling proud to be Singaporean today pic.twitter.com/BDsb2t4yJu

And finally, in Vietnam, environmental activists organized a climate protest in Ho Chi Minh City despite the political risk of such an action.

For the first time ever, people of Ho Chi Minh City took to the street to join the #ClimateStrike, to demand serious and urgent #climateaction needed for their city which is among the most impacted, threatened by both sea level rise and air pollution. #climatestrikehcmc pic.twitter.com/bstDXAjZUg