Many citizens feel the report is not an accurate portrayal 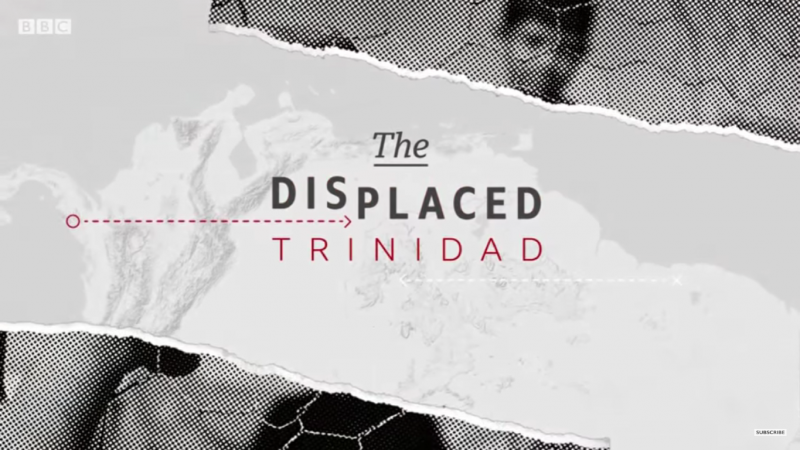 A recent episode of the BBC series, “The Displaced”, focuses on the lives of Venezuelans who have come to Trinidad to seek asylum, as well as the legislative measures taken to accommodate the more than 40,000 arrivals from the beleaguered South American nation.

In order for Venezuelan asylum-seekers to be recognised, the Trinidad and Tobago government began a registration process on May 31, 2019. Registering would give those on record the right to work in Trinidad and Tobago, thereby minimising any unscrupulous attempts at exploitation; since the process ended on June 14, anyone travelling from Venezuela to Trinidad and Tobago requires a visa.

Since the release of the BBC report, many — from the country's prime minister, Keith Rowley, to social media users — have voiced that it fails to accurately represent reality. According to the BBC episode synopsis, “life isn’t easy for those who arrive, and some locals have made it clear they’re not welcome.”

While the public response to the Venezuelan crisis has ranged from critical to open-minded, the episode appears to focus on the few instances of xenophobia:

So instead of showing the work being done from Living Water, Alice Yard or literally ANY OTHER group working with Venezuelans, they decided to choose the most ignorant and xenophobic person to represent our views. Absolute trash. https://t.co/Xw8cOxznp7

T&T population: 1.3 Million number of protesters: 12 BBC: This is how TRINIDAD feels…madness oui

The BBC interviewed controversial social media personality Kia Hosein (publicly known as “Kia Rankin Boss”), but many felt that the medial outlet failed to get credible — or at least non-controversial — sources:

Trinis: Trinidad media is so much shit!

Meanwhile, Prime Minister Rowley said he would contact the United Kingdom government to “set the record straight”. He even got into a tiff with the British High Commissioner, Tim Stew, whose position on the issue was that his government was committed to a free press:

The Government have brought to my attention a BBC documentary on Venezuelan migrants.

As I have said, the UK’s commitment to freedom of expression means that the UK media, including BBC, are independent of the UK Government. pic.twitter.com/SnDUpRSOV5

The BBC gets billions of pounds from the UK Government to carry on their business. They mirror and reflect British Government policy.

The UK Government determines and causes all television users to pay a licence fee to them. They send coded messages around the world for the British Government.

That is not the response we want from him. He must respond to whether the BBC presented our Venezuelan situation in a truthful and professional manner.

Opposition politicians, however, felt that the prime minister was mishandling the situation.

The situation in focus

The issue of asylum has become both political and emotional, causing divisions in Trinbagonian society. Many citizens are adamant that the country should live up to its neighbourly responsibilities in what has become a humanitarian crisis; others take a very nationalistic position and see the increase in Venezuelans refugees as a strain.

The United Nations High Commissioner for Refugees in Trinidad and Tobago is very involved in the process of helping displaced Venezuelan citizens, but a lack of relevant, updated information on the most recent stats have left citizens unaware of the big picture. To compound the matter, recent newspaper reports of Venezuelans allegedly involved in criminal activity have further sowed doubt and fear.

Local filmmaker Rhonda Chan Soo has tried to shift the focus by producing a film that depicts the crisis through the eyes of Venezuelan asylum-seekers. “Nearest Neighbours” takes an intimate look at several Venezuelan families who made the decision to leave their home and come to Trinidad.

I hope that the film helps to portray a human side to the political crisis, and to help bring marginalised voices to the mainstream with dignity.

Taking a “day in the life” approach, the film tells stories from the point of view of asylum-seekers through a series of interviews where viewers catch a glimpse into their lives, fears and struggles. Chan Soo explained that in the early stages of filming, she noticed similarities emerging:

I chose to focus on families and the more commonly shared experiences […] as a starting point, and chose different voices to articulate an interesting angle on what I learned was a shared story.

According to Chan Soo, these experiences had more to do with “the practical challenges associated with not having a legally recognised status, including more common problems such as the difficulty of accessing education, exploitation at work and the more severe issues of arrest, detention and even sex trafficking.”

The film also illustrates the determination of the human spirit as parents and children carry on with their lives despite an uncertain future. In one scene, a local schoolgirl helps her Venezuelan friend read to the class, and the moment offers insight into the humanity of this crisis that the public often forgets.

Both documentaries hold up a mirror to Trinidad and Tobago's role in the Venezuelan crisis, each in its own way.

“Nearest Neighbours” will premiere in Trinidad the week of October 14, 2019, at the performance space Big Black Box.