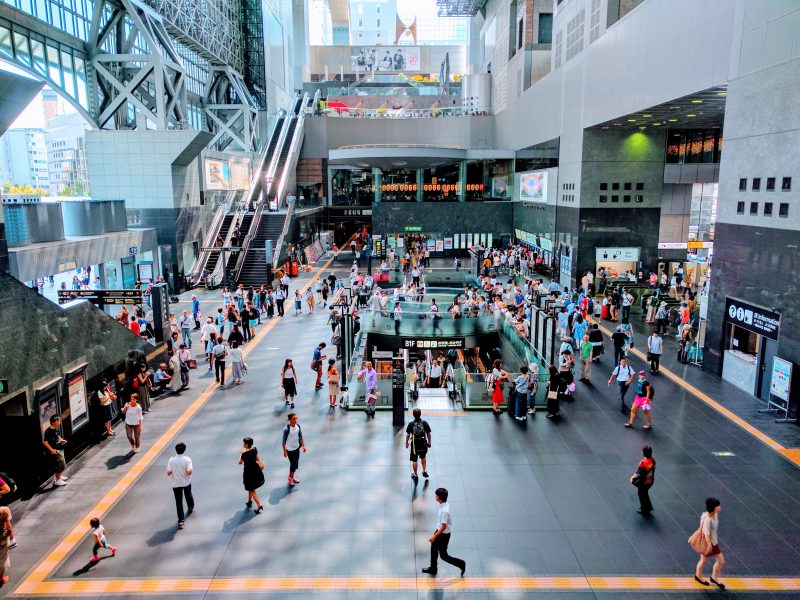 Adam Nathaniel Furman, an artist and graphic designer based in London, UK, created a Twitter thread with dozens of examples of postmodern architecture from all over Japan, from the megacity of Tokyo to smaller communities on the northern island of Hokkaido and parts in between.

Probably the greatest monument to this era is also one of its last, and I believe the largest, to be completed, Hiroshi Hara’s incomparably spectacular, and overwhelmingly vast Kyoto station, begun in 1990 & finished in 1997
-
Photo courtesy of Linus Yng pic.twitter.com/yFN66iLdZQ

The thread has been shared thousands of times so far, and provides a good background to postmodern architecture erected in the heyday of Japan's super-affluent Bubble Era of the 1980s and early 1990s, when everyone, including property developers, had plenty of money to throw around.

[…] Most people associate Japanese design with either cute kitsch or zen-like minimalism, but its much more diverse, & 1 of my particular fav periods was the architecture of its 80-90s boom era; wild, strange & incredibly diverse, & unique in world architectural history

The thread showcases work by some of Japan's most celebrated architects (some of whom may or may not identify as postmodernists), such as Hiroshi Hara and Toyokazu Watanabe.

In terms of what postmodern architecture actually is, writing for Japan Policy Forum, architecture critic and historian Igarashi Tarō notes:

In Japan, the trend for postmodern architecture coincided with the bubble economy. This was a period when strikingly bold forms and daring designs flooded Japanese cities, such as Takamatsu Shin’s Kirin Plaza Osaka and Kitagawara Atsushi’s “Rise.” Peter Eisenman, famous for a relatively small oeuvre of constructed works, was able to build several extremely bold works of deconstructivist architecture in Japan during this period, including the Nunotani Building and the Koizumi Lighting Theater.

Shin Takamatsu has also left his mark on Japan's cityscapes:

Shin Takamatsu‘s Imanishi Motoakasaka, Tokyo, from 1991. This one is an absolute mind bender in real life… pic.twitter.com/Q7EO8NGX36

Furman demonstrates that every corner of Japan features examples of postmodern architecture, including the remote fishing community of Kushiro in Hokkaido.