Five years after an HIV outbreak in a Cambodian commune, villagers feel forgotten

"No one pays attention. No one thinks about us" 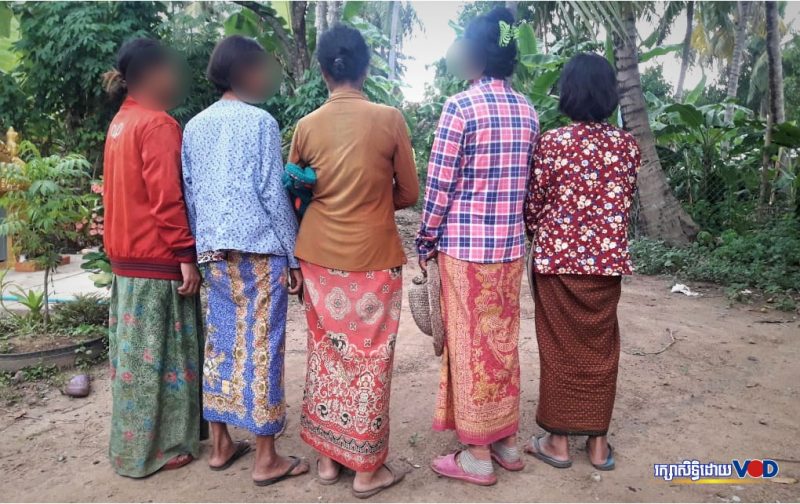 This edited article by Saut Sok Prathna is from VOD News, an independent news site in Cambodia, and is republished on Global Voices as part of a content-sharing agreement.

In 2015, a provincial court found him guilty of providing treatment without a license. Among a host of other charges, Yem Chrin was found to be responsible, ultimately, for spreading the HIV virus among hundreds of villagers in 2014 by reusing dirty syringes.

For a time, the case drew national and international attention as it was gradually discovered that almost 300 villagers — from young children to 80-year-olds, and monks at local pagodas — tested HIV positive.

With the attention came support: Guidance on learning to live with HIV, the upgrading of local roads and clinics, extra programs to help children’s education.

But five years later, life in the commune has become one of mostly silence and early death. Ray*, a 66-year-old woman living with HIV said

No one pays attention. No one thinks about us. I don’t know why they don’t care.

Saloeun, 34, said she and five family members are HIV positive. She was weak and tired on most days and found she had trouble remembering things.

The children and older people in the commune needed more support, she said.

Some children have lost their mothers. They should be given support to continue their studies.

I’m so lonely. Don’t they want to recognize me? I don’t want it to be like this.

Local officials, however, said they were doing what they could for the commune. Su Sanith, the deputy director of Battambang’s provincial health department, said the local government paid close attention to Roka’s plight even as international and national aid dropped off.

When the outbreak of this disease happened, there was an increase in both national and international aid for them. But later on, it seems quiet.

Still, 95 percent of affected villagers were receiving antiretrovirals, with just 10 people who migrated or stopped taking the drugs, Sanith said.

Thirty-one of the 285 HIV-positive villagers had died since the outbreak, he said, though most of them were over the age of 60. One infant and three younger people were also among the deceased.

At least two new cases of HIV had also been discovered in the commune, Sanith added.

Battambang provincial governor Nguon Ratanak touted a newly paved road into the commune and the upgrade of its health center into a hospital with skilled doctors as evidence of the government’s support.

They get [support] from the Red Cross and so on. The people are now less afraid because they understand how to take care of their health.

But for the residents of Roka commune, the dwindling levels of care don’t seem on par with the difficulty of living every day with the disease. These days, it seems they are mostly left to cope alone, they said.

Samoeun, the 34-year-old mother, said she had taken to selling boiled ears of corn on her motorbike and making trips into Thailand to try to earn extra income for her son.

She had not seen any governmental officials visit the area in over a year, she said. A sense of neglect and disappointment was turning into resentment.

“I don’t want to be forgotten,” she said.

*The women’s full names have been withheld.

Translated and edited from the original article on VOD Khmer