Cameroon on a path to ‘national dialogue’ as Anglophone crisis continues

Talks will focus on 'bilingualism, cultural diversity and social cohesion' 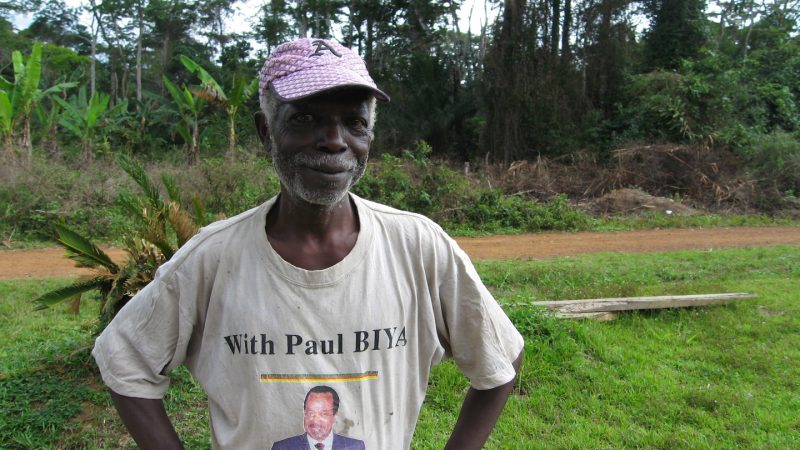 Cameroon’s leader Paul Biya, in an infrequent outing on Tuesday, September 10, announced talks to put to rest the crisis rocking the country’s English-speaking northwest and southwest regions – an impasse elapsing for the fourth year.

The conflict broke out in late 2016 when English-speaking Cameroonians began to protest the ongoing marginalization from the Francophone majority, who say the French-speaking majority government has consistently oppressed their language, culture and economies.

The protest movement, led mostly by teachers and lawyers, evolved into a militant separatist movement calling for the secession of English-speaking Cameroon. The government clamped down on Anglophone separatists and the conflict led to close to 2,000 people killed and over 500,000 displaced, according to the United Nations.

Read more: Cameroonian parents fear to send children back to school in midst of armed conflict

President Biya, who has been in power for 37 years, said the discussion would pull together people from a vast array of the country and will be chaired by Anglophone Prime Minister Joseph Dion Ngute.

“The dialogue in question will mainly concern the situation in the northwest and southwest regions. The dialogue will, therefore, rally all the sons and daughters of our beloved and beautiful country, Cameroon, to reflect on values that are dear to us, namely: peace, security, national unity and progress,” President Biya said on public television CRTV.

In view of the National Dialogue, #Cameroon’s PM Dion Ngute will meet the following… pic.twitter.com/o4D2tySHML

However, there are concerns the dialogue may be limited and remote-controlled by the country’s leadership.

Agbor Nkongho, a human rights lawyer, who was part of the initial protests, wrote on Twitter on September 11, reacting to the President’s speech:

The call for an inclusive dialogue is very appreciated. I urge those who will be attending to call for the release of all those detained in connection with the crisis, the need for constitutional amendment and also to ensure that the form of the state is equally discussed.

The Anglophone crisis in context

However, the first president of Cameroon, Ahmadou Ahidjo, who held power from 1960-1982, abolished the federal system in 1972. Today, there are 10 regions in the United Republic of Cameroon, made of 8 French regions and 2 English regions.

In 1991, efforts made to incise the abscess of the Anglophone problem with a similar call for dialogue fell flat. The All Anglophone Conference in 1993 and 1994 also made no impact:

When Anglophone members of the Committee on Constitutional Reform, set up by @PR_Paul_BIYA in 1993, proposed an alternative Federal Constitution, the President instead convened a “Grand Debat National” to water down & sidestep Anglo demands #AnglophoneCrisis #AmbazoniaConflict pic.twitter.com/4fMSbHbfAs

Nonetheless, President Biya recently announced a national dialogue to take place at the end of September, and several groups have already submitted proposals on how to resolve the crisis.

In one of them, the opposition party, the Social Democratic Front, led by vice-president Joshua Osih called for a neutral personality to chair the talks. Several Anglophone separatists are calling for the release of their leaders from prison after receiving life sentences.

Doubt, hope, fear ahead of talks

Netizens took to Twitter to express hope as well as doubt about the impact of the national dialogue plan. Solomon Amabo called for the need for a third-party presence to ensure transparency and inclusivity:

Dialogue: ‘Who will I dialogue with? asked Mr Biya? He turns around and calls for National Dialogue, to dialogue with who then? Dialogue with ready-made resolutions-One and indivisible Cameroon? Only negotiations with 3rd party presence (UN,USA,etc) can be binding. We are not in 1961! pic.twitter.com/e74VhtMf6L

Peter Tah also worries about inclusivity and wonders how peace is possible without a clear ceasefire:

Looking at how predialogue talks are unfolding, it's evident that this will be far from being inclusive. The regime seems to be picking & choosing those who would attend. Plus if this is dialogue on a crisis involving two parties, how come one party gets to draw up the agenda?

However, Biya clarified on Monday, September 16, that the national dialogues will focus on “bilingualism, cultural diversity and social cohesion, the reconstruction and development of conflict-affected areas, the return of refugees and displaced persons, the education and judicial system, but also decentralization and local development,” according to Cameroon Online.

The United Nations says it has taken in the resolve by Cameroon’s leader Paul Biya to settle the armed conflict in the country’s English-speaking regions.

The UN urged inclusive talks to end the conflict that has persisted for nearly four years:

The Secretary-General welcomes the announcement made today by President Paul Biya on the launch of a national dialogue process in Cameroon. He encourages the government of Cameroon to ensure that the process is inclusive and addresses the challenges facing the country. He calls on all Cameroonian stakeholders, including the Diaspora, to participate in this effort.

Still, the September talks are announced amidst ongoing violence and a new surge of refugees fleeing insecure situations — including lockdowns and school closures for the last three years — in the northwest and southwest regions.