Long days in the forest to make ends meet 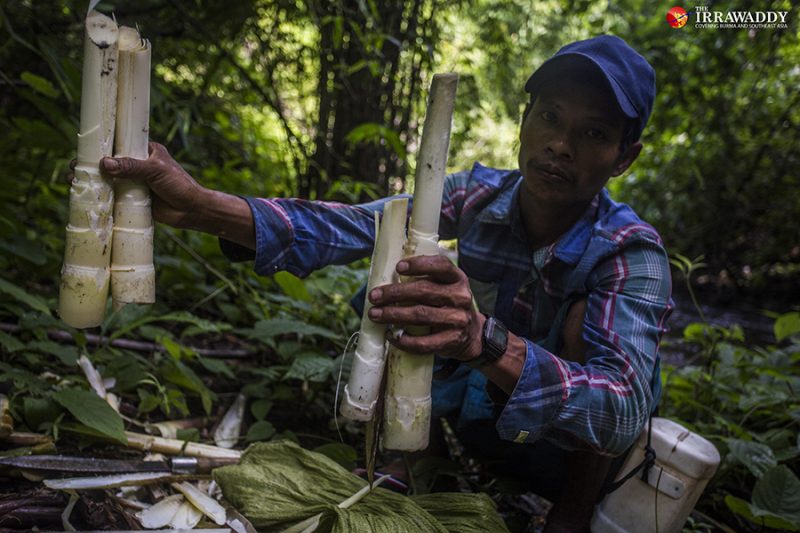 This article by Htet Wai is from The Irrawaddy, an independent news website in Myanmar, and is republished on Global Voices as part of a content-sharing agreement.

Bamboo shoots are a popular dish in Myanmar. The shoots appear with the monsoon rains and are in season throughout the rainy season from early June to late September as the rainfall sees them sprout in abundance. Served with a dipping sauce, boiled bamboo shoots make the perfect side dish on dinner tables in most Myanmar households.

However, the life of a bamboo harvester is a difficult one. Ko Pho La is a bamboo shoot harvester living in Kyee Bin Village in Irrawaddy Region. The village is located west of the Pathein-Monywa Road in Ingapu Township, close to the Arakan Mountains.

Though some villagers work on farms, most of them make a living by collecting firewood and harvesting wild bamboo shoots. Ko Pho La works as a tenant farmer, but in the rainy season, after transplanting paddy, he gathers bamboo shoots to make ends meet. 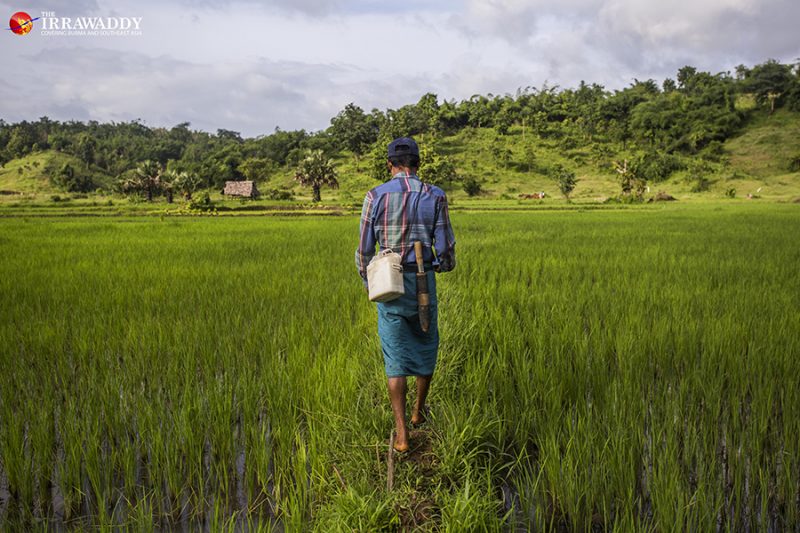 In the early days of the monsoon season, bamboo shoots can be found closer to his village, but when the monsoon is in full swing, Ko Pho La has to go deep into the forest in the Arakan Mountains to collect shoots that are good enough to sell.

As the harvesters wade through the bushes and trees, what troubles them most is not the wildlife but the mosquitoes, Ko Pho La said. 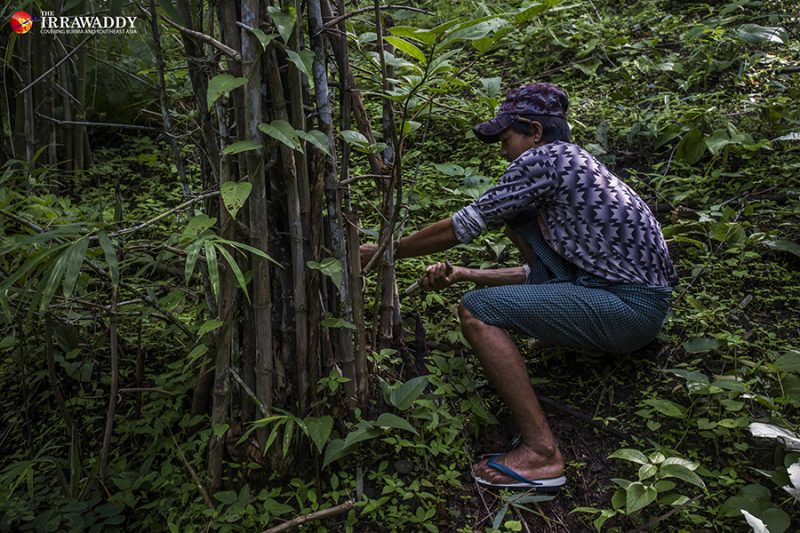 Bamboo shoots sprout in the forest / Htet Wai / The Irrawaddy

As the sun rises higher in the sky and the army of mosquitoes grows, bamboo shoot collectors have to race against time to collect as many shoots as they can in the morning to finish their job by the afternoon. Besides the mosquitoes, snakes present a frequent threat, Ko Pho La said.

The bamboo shoot harvesters return not on foot, but by water, floating with their bamboo shoots along the Nan Ka Thu creek, which originates in the Arakan Mountains, back to their village at the foot of the mountain. 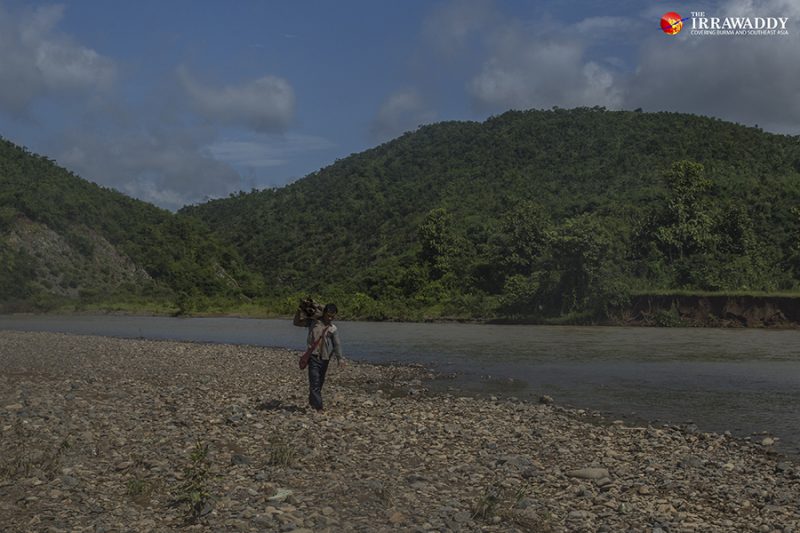 They usually try to collect between 10 and 20 viss (1 viss equals approximately 1.6 kg) in one outing. Ko Pho La said he tries to collect 15 viss on average each time. After he gets home, he boils the shoots to ready them for sale. 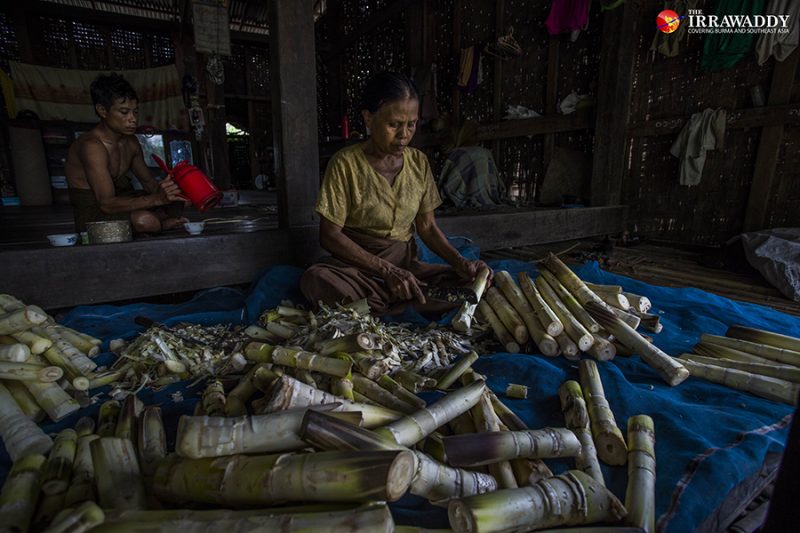 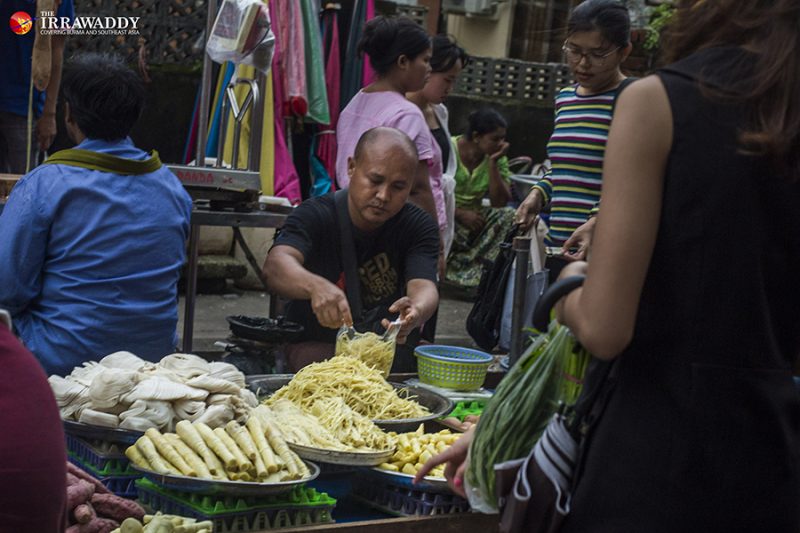 Preserved and fermented bamboo shoots are sold in a market in Yangon. / Htet Wai / The Irrawaddy