Jamaica remembers Hurricane Gilbert, but is the island prepared for a Dorian?

"Many don't remember how powerful and devastating the hurricane was" 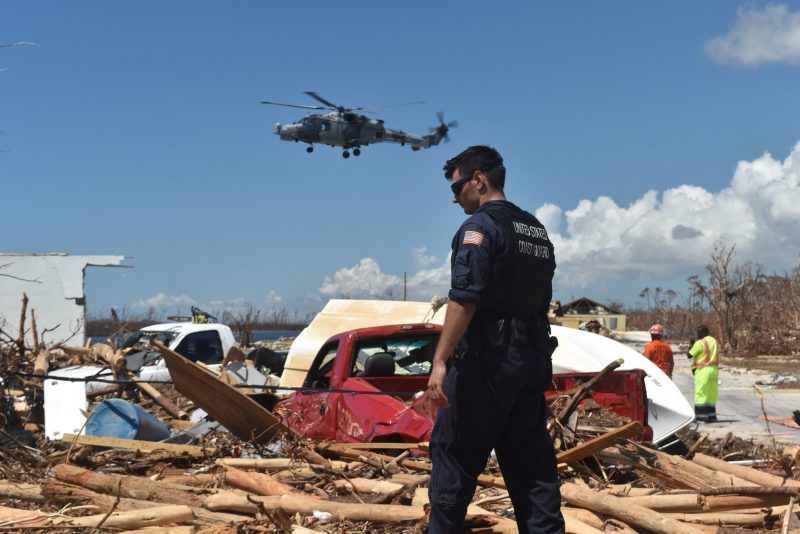 On September 12, 1988, at the peak of the Atlantic hurricane season, a storm named Gilbert hit a surprised and largely unprepared Jamaica. The eye passed over the island in about eight hours, from the eastern to the westernmost tip.

It has been 31 years since the Category 3 hurricane devastated parts of Jamaica; those old enough to remember reminisced, while others reflected on whether the island could withstand a much stronger storm today.

1/9 At this hour in 1988 Hurricane Gilbert was flattening the parish of Portland. A lot of Jamaicans still don't know — and many don't remember how powerful and devastating the hurricane really was. pic.twitter.com/YIdCiGbtjF

Hurricane Gilbert hit Jamaica with sustained winds of 125 mph as its 15 mile-wide eye moved […] across the length of the island leaving a swathe of destruction. It produced a 19 ft storm surge and brought up to 32 inches of rain, causing flash flooding. 49 people died and US$700 million in damage was sustained. More than 100,000 houses were destroyed or damaged and the country's banana crop was wiped out. Hundreds of miles of roads and highways were heavily damaged and the electricity supply was disrupted. The country struggled to regain normalcy, but we prevailed and Jamaica was mostly back on track within months.

Times have changed, however: over the past thirty years, climate change extremes have become more marked. The deadly Hurricane Dorian was a catastrophic Category 5 storm that remained stationary over the Bahamas from September 1-3, 2019. The number of those still missing is now estimated at around 1,300, due to the fact that some parts of the islands most badly affected have hardly been reached one week later; the archipelago also comprises hundreds of much smaller, scattered cays.

There still remain many vulnerable communities, especially those that r informal in set up (poor housing stock). Additionally, where water, hygiene & sanitation are concerned, we arent prepared. Serious long term strategies will have 2 include securing land tenure 4 d vulnerable

The passage of Dorian has also brought into sharp focus the inequity on the islands — the devastation in an area known as The Mudd, for example, home to many Haitian refugees, was far worse than in areas where wealthy Bahamians and foreign nationals live. This, according to one Caribbean academic, is a recurring pattern after hurricanes:

We must understand that the most vulnerable or marginalised communities before the disaster (poor and working class folks, persons living with disabilities and severe health conditions, elderly, migrants, and those caring for others) will be the most in need in the aftermath. This is how disasters work. They are not the great equalizer. All they do is unearth and exacerbate existing inequalities and vulnerabilities. We have seen this again and again – from Hurricane Katrina in New Orleans to Superstorm Sandy in the Northeast US, as well as in the continued failed response and relief for Puerto Rico after Hurricane Maria. The most vulnerable are made more vulnerable.

Moreover, an oil spill on the coast of Grand Bahama caused by the storm has now reportedly spread some 50 miles out to sea and along the coast, threatening the marine environment. Conservation organisations such as Grand Bahama-based Coral Vita and BirdsCaribbean are extremely concerned about both the short- and long-term impact on the environment, which will no doubt affect livelihoods on the tourism-dependent islands. Both organisations have already started fundraisers, but as Tropical Storm Humberto approached The Bahamas on the evening of September 13, those concerns grew.

So, how would Jamaica fare in such terrible circumstances? According to a new report, the world in general is “gravely” unprepared for the impact of climate change. Where exactly does that leave vulnerable small islands?

Some heavy (though short) rainstorms over the past two weeks have resulted in flash floods, with garbage flowing down the streets of Kingston, blocking drains in the capital city. Low-lying areas, both urban and rural, are regularly flooded during such weather — one Kingston resident shared a video:

Irresponsible habits like littering also contribute to the problem:

Drain cleaning work underway along MGD, near Chesterfield Dr. Notice the scores of plastic bottles in the drain. Old car parts are among debris being loaded in the truck. The kind of things that compromise our drainage network. pic.twitter.com/rOYltVT0kN

Nevertheless, political leaders concede that Jamaica's infrastructure is “antiquated” and in need of a major overhaul; in fact, Prime Minister Andrew Holness has just announced plans to restore and replace the country's drainage system.

Over the past three decades, the Caribbean has seen its fair share of storms. In September 2017, the impact of Hurricanes Irma and Maria on a number of islands in the eastern Caribbean and Puerto Rico were perhaps a forewarning that such weather systems were becoming more violent.

Is this the “new normal” for the Caribbean? If so, the mood suggests that the time for talk seems to be past and in Jamaica, as elsewhere, there is a growing sense of urgency.