Why we must keep shining a light on Turkmenistan 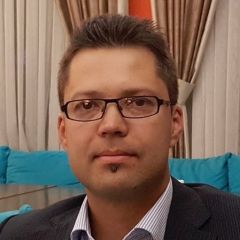 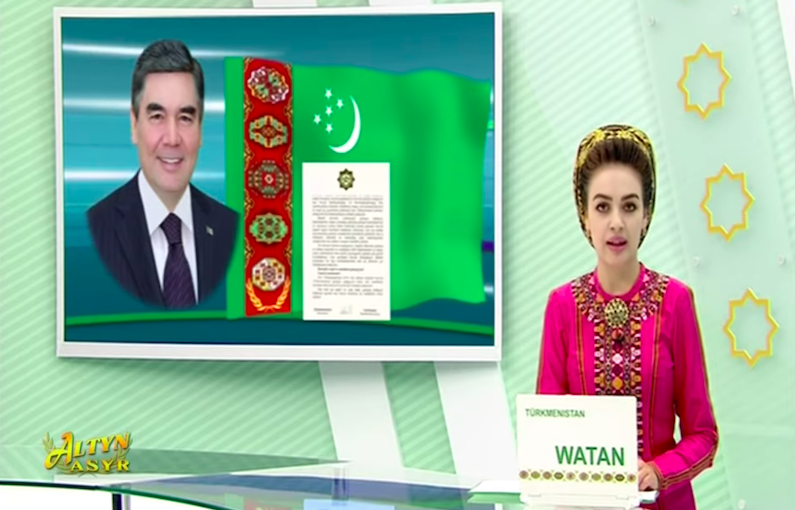 A news presenter on Turkmenistan’s Altyn Asyr TV channel, reporting on the latest feats of president Gurbanguly Berdymukhamedov. Turkmenistan has one of the world’s worst records on media freedom. From Watan Habarlaty’s YouTube video on 28 August 2019.

My country is one of the most repressive dictatorships in the world.

Turkmenistan, an arid country in Central Asia, is ruled by a narcissistic president known for bizarre publicity stunts and vanity projects, alongside a truly appalling human rights record. He presides over a state that, despite having a wealth of natural resources, is in deep economic crisis. The situation for ordinary Turkmens is dire, with rising unemployment and food shortages. As the queues outside stores grow, fights break out over bread.

Unsurprisingly, the authorities are not eager to publicise these hardships. The country was recently ranked at the very bottom of Reporters Without Borders’ 2019 World Press Freedom Index, “beating” North Korea and Syria. Independent media is non-existent and communication between citizens is severely restricted, so if news travels at all, it travels covertly. That’s where I come in.

I am the founder and editor of Turkmen.News, a Netherlands-based news site launched in 2010 under the name Alternative Turkmenistan News. We publish news and analysis on the country’s economic, social, and political environment. My work has taught me that the task of getting objective information out of Turkmenistan is as difficult as it is crucial.

This past July, I participated in an event in London hosted by the Foreign Policy Centre, a UK think tank. In collaboration with academics, researchers and politicians, we launched a report that aims to bring international attention to the situation in my country. Entitled Spotlight on Turkmenistan, the report shines a light on one of the world’s most autocratic and corrupt regimes.

State institutions in Turkmenistan are both corrupt and dysfunctional. I recently reported on Turkmen prisons, where disease is rife, and the guards have developed their own sophisticated systems of extortion to allow prisoners access to basic necessities. The country practises medieval torture methods, enforced disappearances and annually showcases one of the world’s most egregious examples of forced labour during the annual cotton harvest.

The report highlighted an internal business environment rotten to its core. My recent exposé of a $2.3bn infrastructure contract handed to the president’s brother-in-law is just one example of the networks of profit which exist solely to ensure the stability of the regime. The panel in London noted that foreign investments in recent years have been derailed through the unpredictable repudiation of contracts and licences; several clients, including Russian telecom operator MTS and Belarusian construction company Belgorkhimprom, are now lining up to sue Turkmenistan’s government.

Ordinary citizens in Turkmenistan have no access to such news, either from domestic or foreign sources. All foreign media is banned. This relates not only to western outlets such as Reuters, the BBC and Deutsche Welle, but also Russian language websites (both pro-Kremlin and oppositional) including Meduza, TASS and Ekho Moskvy. Although several different Turkmen papers exist, their reports are formulaic, and all glorify President Gurbanguly Berdymukhamedov.

The inability to share news or express discontent is compounded by an almost total ban on social media: Instagram, YouTube, Facebook, and the Russian social networks Odnoklassniki and Vkontakte, among other, are all forbidden. As the situation In Turkmenistan deteriorates, the state tightens its hold over any independent voices.

But even in such darkness, there is a flicker of hope. Projects dedicated to reporting the daily sufferings of the Turkmen people are being created outside the regime’s reach, such as the Vienna-based Chronicles of Turkmenistan. Sites such as these are the only form of reliable information about the country. My site Turkmen.News works with a network of brave Turkmens who smuggle news out of the country through encrypted messaging systems. They do so at considerable risk to themselves and their families. Several journalists in Turkmenistan have already been arrested or, like me, forced to flee the country.

Gaspar Matalaev was one of our reporters, monitoring the use of forced labour during the cotton harvest. In 2016, he was arrested on trumped-up charges of fraud and bribery and sentenced to three years in prison. On September 6, 2019 he was finally freed after having served his prison term in full. Another of our journalists, Saparmamed Nepeskuliev, was sentenced to three years in prison in 2015 for allegedly possessing illegal substances. Both Matalaev and Nepeskuliev have received support from the international human rights community and a UN working group. After his release in May 2018, Nepeskuliev left Turkmenistan for good in March this year. 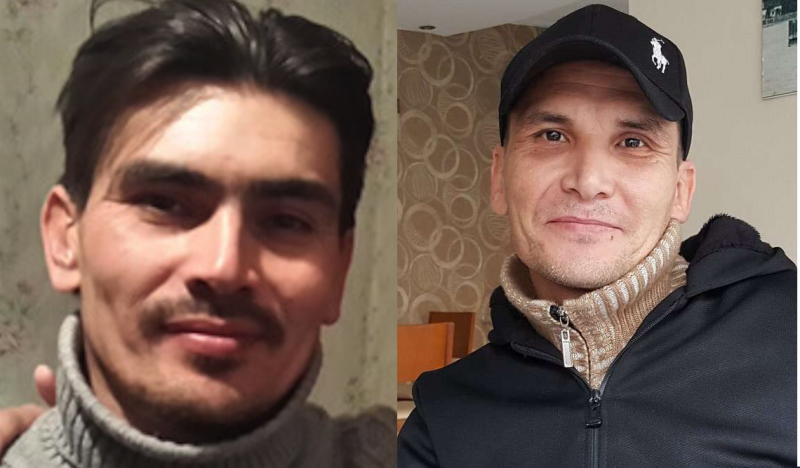 But others still languish in jail; families receive little information about the health or whereabouts of their loved ones. The Prove They Are Alive campaign tracks 121 disappearances within Turkmenistan’s prison system, although the real number is undoubtedly higher. One political prisoner, Gulgeldi Annaniyazov, has been imprisoned for over 10 years; in that time his family has received only basic information regarding his status.

The gravity of the risks involved permeates my work as editor of our publication. As Turkmenistan’s government employs sophisticated surveillance techniques to track its population, it is dangerous to publish any content that could be traced to a specific time or location that would identify the source. We take our responsibility to our journalists very seriously, even if this limits our ability to report “breaking” real time news.

Although the Turkmen regime appears unconcerned about its international reputation, the landlocked country’s stability is dependent on the cooperation of, and trade with, its outside partners. And as the international media turns its attention to the country, the confidence of these partners, or prospective investors, will wane. An increasing focus in the international business community on sustainability and ethical business practices means that publications like ours are ever more important.

The reporters who risk their freedom with each piece of information they send us ensure that no corporate entity or government doing business with Turkmenistan can claim ignorance about the nature of the regime in Ashgabat.

The Foreign Policy Centre’s event was the perfect stage for human rights figures and politicians alike to call for a reevaluation of the UK Government’s policy towards Turkmenistan. As the regime tightens the screws, we call for this policy to be extended wider, to trade and industry bodies throughout the EU and the international community, and all those who seek to engage with a government that persecutes its citizens and betrays its investors.

As we force Turkmenistan to take care of its image, we will force them to change their behaviour. This increasing attention gives us a platform from which to demand the quality of life that all Turkmen deserve.