Discussion rages: is the Sedition Act archaic or necessary? 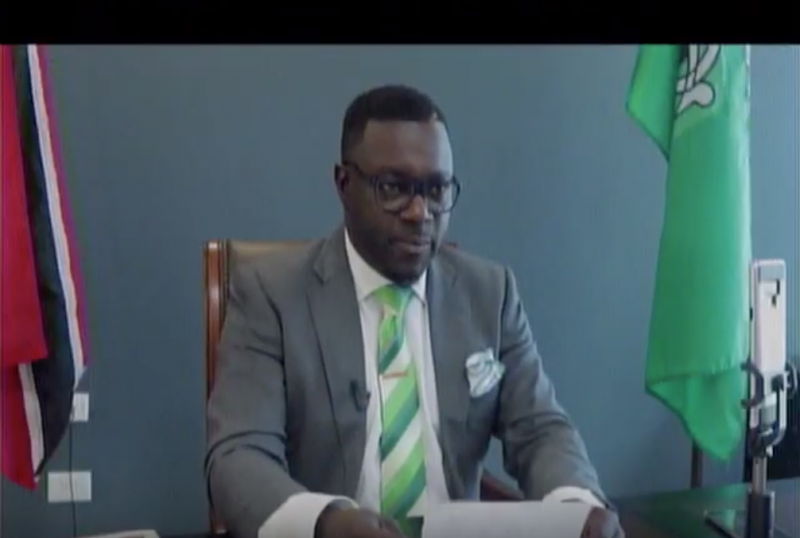 Screenshot of file footage of Trinidad and Tobago's Public Services Association leader, Watson Duke, taken from a YouTube video of a news story about his arrest on charges of sedition.

On August 26, 2019, Watson Duke, president of Trinidad and Tobago's Public Services Association (PSA) and the minority leader of the Tobago House of Assembly (THA), was arrested for statements he made in a speech he made back in 2018 that are in violation of the country's Sedition Act. Though Duke is no stranger to controversy, his arrest has spurred a widespread public debate on the legislation itself.

The fact that the Sedition Act originates from laws made under the British colonial government has caused many to question whether it impinges upon citizens’ freedom of speech. After Duke was released from police custody on August 31 — Trinidad and Tobago's Independence Day — his attorney said that his client may well join others in challenging the act.

What is the Sedition Act?

Designed to protect against rebellion against the state's authority by punishing insurrectionary acts or declarations and suppressing iconoclastic publications, the Sedition Act remained in place even after the country became independent from Great Britain in 1962. In fact, it was amended in 1961, 1969, 1971 and 1976, and criminalises any person or publication deemed to be carrying out seditious acts or communicating with seditious intent.

As defined by the Act, sedition is “to bring into hatred or contempt, or to excite disaffection against the Government or the Constitution”. Duke was charged with seditious intent under section 4(1)(b) of the Act — “communicat[ing] any statement having a seditious intention” — over a speech he gave on November 16, 2018, at the country's national telecommunications company, TSTT.

At the time of the speech, there were rumours of possible mass retrenchment at public companies which included the national water company, WASA.  During the speech to union members, Duke discussed the possible extreme actions members of the union would have to take “for what they believe in” and to protect their rights as public servants.  He said the following:

And we have to be aware that we must be prepared to die, folks. You know why? This is your belief. This is your family, and I tell you the message is clear, yuh know. [Let] Rowley [the prime minister] [and them] know that the day the [has] come for us in WASA [the country's water and sewerage authority], we are prepared to die, and the morgue will be picking up people, because when men and women are prepared to die, people does recognise [the] level of a conviction, trust me.

We have to become people of conviction. I doh support, forgive mih language, jackass behaviour. I am king march. I love to march. Buh you see me, I looking for a bomb, something to end the fight”.

At the time, many found his statement to be outlandish, but there was no immediate reaction from the police service:

Lmao! Seriously Watson? Which union keader prepared to die for workers in Trinidad? Is this man serious???‍♀️

The Act and freedom of speech

This is not the first time that the Act has been carried out in recent years. In April 2019, police searched a radio station owned by Sat­narayan Ma­haraj, the secretary general of the country's most high-profile Hindu organisation, on suspicion of possible sedition. He was not charged; nevertheless, he launched a case to challenge the legislation, which he claims infringes on citizens’ rights to freedom of thought and expression, freedom of the press and expression of political views.

Similar sentiments have been shared by many of Duke's supporters. Members of his political party have said that the legislation is “to­tal­i­tar­i­an­ism en­shrined in law”, while the National Workers Union (NWU) has said that Duke's arrest was “meant to intimidate and cower, not only leaders of the trade union movement but all who, in the eyes of the political elite, pose a threat to their continuing to reap the fruits of office”.

Raffique Shah, a former trade union leader and mutineer who now works as a columnist, suggested that while aspects of the law may still be necessary to maintain social order as well as ethnic and religious tolerance, the legislation should be reviewed to ensure it doesn't compromise freedom of speech.

The Media Association of Trinidad and Tobago (MATT) also issued a statement saying that the Act had to be reviewed and possibly repealed, as it is “incompatible with citizens’ constitutional right to freedom of expression”. MATT members also discussed what they saw as the legislation's potential threat to the country's journalists, media houses, activists and social media users:

Yes, I think this will be an exciting challenge as this is just one of oh so many colonial era laws that I personally thinks need revising. One man's sedition is another man's freedom of speech, in my view. https://t.co/nhMUbyqaLR

Meanwhile, law enforcement has remained unified, saying that the law is the law and citizens must abide by it unless and until it is changed — but Minister of National Security Stuart Young has said that revising the Sedition Act is not a current priority for the government, adding that once a law is on the books, the police can utilise it.

Commissioner of Police Garry Griffith echoed this view, saying that the police have to be fair and impartial, no matter the law or the person being charged.

The fact that Duke is currently before the courts on other charges, including rape, indecent assault and disorderly conduct, has brought even stronger public focus to the sedition charge. Some social media users felt that Duke was wallowing in the attention:

Watson Duke head already swell with pride. Imagine his head now that this sedition charge puts him in the company of CLR James and Uriah Buzz Butler. We will never hear the end of it. I blame allyuh

Duke being a polarising figure aside, the discussion about revising the Sedition Act is one that many feels needs to be addressed; whether Duke is the one to lead the charge is another debate.

Duke has since announced that he will resign as leader of the PSA at the end of November. His next court appearance is scheduled for December 13, 2019.