Burundi is still not 'conducive to promote returns' 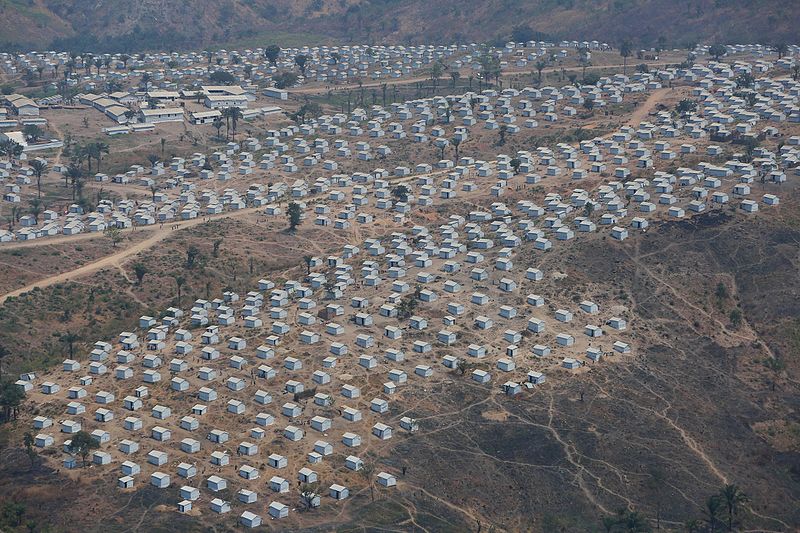 Burundi’s Interior Minister Pascal Barandagiye recently visited Tanzanian refugee camps to urge Burundians living there to return to Burundi because “peace and security” have returned since the 2015 electoral crisis, when President Pierre Nkurunziza's desire to run for a third term sparked violent protests.

The United Nations has registered 340,000 Burundian refugees living in the region, with over 180,000 in Tanzania.

While Burundian authorities promote a narrative of peace and security in Burundi ahead of 2020 elections, various media in addition to the United Nations and non-governmental organizations describe how security services in Burundi continue to crack down on criticism and opposition, with many opponents, activists and journalists among those who fled.

The government resisted attempts at regionally-mediated dialogue with opponents and the resulting instability and sanctions have caused economic hardships and added to a “climate of fear,” as International Crisis Group described.

Tanzanian officials have also called for the return of Burundian refugees, echoing Burundi’s government that peace has returned. On August 25, The governments of Burundi and Tanzania announced a signed agreement that from October 1, they will begin regular, weekly returns of Burundian refugees, until all are sent back. Amnesty International subsequently reported that returns were planned to start even earlier, in mid-September, “with or without refugees’ consent”.

Significantly, this agreement was signed without the United Nations High Commissioner for Refugees (UNHCR). Last year, UNHCR and the two governments envisaged returning 2,000 refugees voluntarily per week, but this did not happen.

It's very unfortunate that #Tanzania is cooperating with #Burundi to deceive the international community that there's peace in later. A forceful return of refugees to unpeaceful Burundi is not only a breach of international refugee convention but cruelty to humanity. https://t.co/9FroSk188V pic.twitter.com/I79rfy5bQU

Burundi's Iwacu newspaper reported that Interior Minister Barandagiye accused the UNHCR of working opaquely and “dragging their feet” when it came to refugee returns. At a press conference on August 27, he tried to reassure respect for returning refugees’ rights, according to SOS Médias Burundi.

Tanzania’s government has been sympathetic to Burundi's narrative of “security returned”; Burundian President Nkurunziza’s first visit abroad after the 2015 crisis was just across the Tanzanian border. Refugees have also long reported pressure from Tanzanian authorities to “voluntarily” register to return.

Most who live in the camps are registered with the UNHCR. However, 45,000 are registered in country-specific programs and 42,200 have lived for decades in Tanzania and no longer receive assistance. In July, the International Organization for Migration also reported 109,372 internally displaced people in Burundi.

There are also unregistered people, more at risk of forced returns, including 15,000 in Tanzania’s camps, according to Burundi's interior minister. Thousands have returned over time, although UNHCR reports that assisted returns by bus have been lower in 2019 than 2018, and people continue to arrive.

People face tough conditions in the UNHCR camps, lacking rations and education resources. UNHCR has received only 22 percent of requested funding for this often-forgotten situation. Insecurity from unidentified attackers around the camps persists, targeting those collecting firewood, for example.

UNHCR and NGOs disagree with the pressure placed on refugees to return. UNHCR spokesperson Dana Hughes held that they will help those who want to return, but that conditions in Burundi are still not “conducive to promote returns”.

Non-refoulement is an international legal principle found in the 1951 Refugee Convention that protects refugees from forced returns to places where they are persecuted.

In September 2017, assisted voluntary repatriation officially began, in coordination between UNHCR and the Tanzanian and Burundian governments. As of today, 75,000 total refugees from the region have returned, mostly to border regions, with the “vast majority” of returns from Tanzania.

However, UNHCR said there are still hundreds of people leaving Burundi each month to claim asylum with UNHCR, for example to Democratic Republic of Congo, and UNHCR called for borders to remain open and assistance to be given.

Blogger Jean Marie Ntahimpera argued that “instead of intimidating the refugees, Tanzania should instead integrate them” to benefit them and their host country.

Ligue Iteka, a Burundian rights organization, reported 264 people —especially opposition supporters — were killed in 2019, with bodies often left in public, and documented 576 cases of forced disappearances since 2015. They also note how women and children are increasingly affected by political violence.

The UN Commission of Inquiry’s experts and latest report on September 4 spoke of an “illusion of calm” created by a climate of fear. Rights abuses occur with impunity against government opponents and critics, impinging on the possibility of credible 2020 elections. Security services and Imbonerakure, the ruling party youth-wing, are mostly responsible, with recently returned refugees among those targeted, according to the report. Willy Nyamitwe, the Burundian presidential adviser, dismissed it as lies told by those wishing to destabilize Burundi, a similar official reaction to other reports.

CAVIB, a lawyer’s collective defending Burundian victims of rights abuses, said it plans to take legal action at a regional level to stop involuntary returns. Burundi’s interior minister said the government would contest it and win.

Shortly after the announcement, SOS Médias Burundi reported that unsigned leaflets were distributed at the camps, calling refugees to prepare to leave Tanzania to claim asylum in another country, referencing risks of violence at home.

Among the Burundians who fled are the CNARED (National Council for the Respect of the Arusha Agreement), a struggling opposition coalition in exile. Recently, some members changed position and said they would return for 2020 elections, with safety guarantees from the government. President Nkurunziza, though, made clear that arrest warrants against 34 people in exile — which they consider politically-motivated — would remain in place.

With opponents lacking leverage and international attention elsewhere, the government does not appear inclined to compromise.