Reading Kashmir: Understanding the conflict through its fiction and memoirs

How do Kashmiris perceive their situation? Read their books. 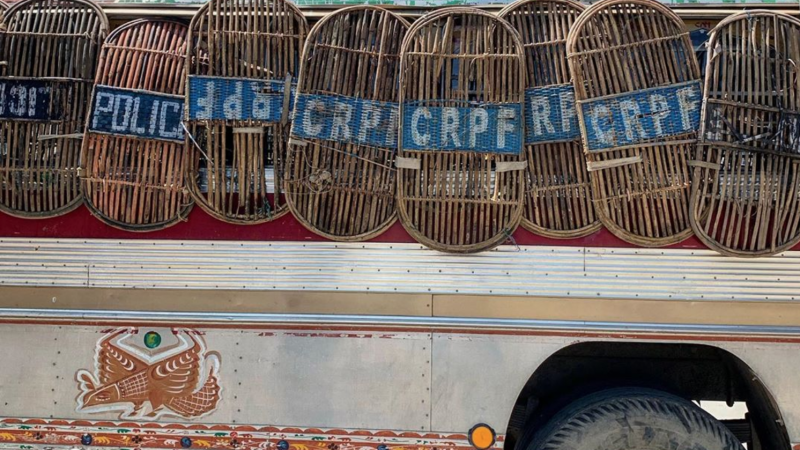 A private bus carrying armed police is covered with shields to avoid incoming stones in Srinagar, Jammu and Kashmir, India. Security forces have been deployed in numbers following the revocation of J & K special status by the Indian authorities. Image via Instagram by Ieshan Wani. Used with permission.

The situation in Kashmir is mostly known to non-Kashmiris through media coverage which, in most cases, is also created by non-Kashmiris. But how do Kashmiris perceive their situation? Perhaps the best place to find out is through reading books and memoirs by Kashmiris themselves.

As the region is now under a military clampdown since the Indian central government stripped Jammu and Kashmir of its autonomy, Kashmiri voices are even more silenced. Thus, Global Voices reviewed a list of essential reading by Kashmiris and authors who know the region from the inside.

Read our special coverage: The Kashmiri people versus the Indian state

“Curfewed Night: A Frontline Memoir of Life, Love and War in Kashmir” 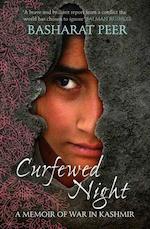 This is a memoir by Indian journalist and political commentator Basharat Peer,  published in 2009. The book won the Crossword Prize for nonfiction and was listed among the “Books of the Year” by The Economist and The New Yorker. In an interview with the Mumbai Mirror, Peer said:

Real security can only exist when everyone in South Asia lives without fear and lives full, dignified lives. This will truly be possible only when India and Pakistan listen to Kashmiris and find a just, equitable resolution to the dispute over Kashmir — that will free Kashmiris of the oppression, indignity, and horrors our multiple generations have now lived with. That will also free India and Pakistan from their militarist obsessions. 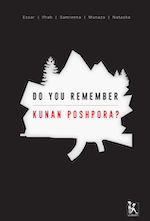 This is an unusual book co-written by five Kashmiri women. In 1991, a group of Indian soldiers entered two villages (Kunan and Poshpora) in north Kashmir on an anti-insurgency mission and allegedly raped more than 23 women. This is known as the Kunan-Poshpora incident. The Indian government's investigations into the incident rejected the allegations as ‘baseless'; however, international human rights organizations expressed doubts about the integrity of these investigations.

In 2012, the issue of rape became prominent in India after mass protests broke out following the rape and murder of a young physiotherapy student in Delhi. A judicial committee was set up to study and take public suggestions for the best ways to amend laws to provide quicker investigations and prosecutions of sex offenders.

The five Kashmiri women, Essar Batool, Ifrah Butt, Samreena Mushtaq, Munaza Rashid and Natasha Rather, wanted to use the momentum to remind the authorities about the mass rape in 1991 that had taken place in Kunan and Poshpora villages in Kashmir valley — who also did not get justice.

Here is an interview of the five authors taken by Global Voices’ content partner, Videovolunteers: 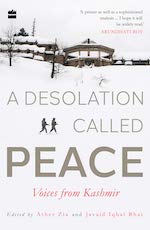 This collection of ethnographic essays by Ather Zia and Javaid Iqbal Bhat provides important insights to understanding the political aspirations of the people of Kashmir and the change in their perceptions since the partition of India. The stories explore the desire for azadi (freedom) of the Kashmiris as a historical and indigenous demand. The reader gains insights into how postcolonial politics shaped Kashmiri lives and aspirations and led to the current situation.

For further reading, check out the valuable booklist by Preti Taneja, at the Guardian, who has more suggestions. Hilal Mir compiled another booklist at the Hindustan Times, featuring historian Ananya Jahanara Kabir's “Territory of Desire: Representing the Valley of Kashmir and Tariq Ali's Kashmir: The Case for Freedom.”

Children's books about #Kashmir: Okus Bokus: A to Z for Kashmiri Children by Onaiza Drabu, Weed and No Guns at My Son's Funeral, both by Paro Anand, Mission Cycle by Rohini Mohan and Jayesh Sivan. #ReadingIsThinking https://t.co/Hcts07b7L5 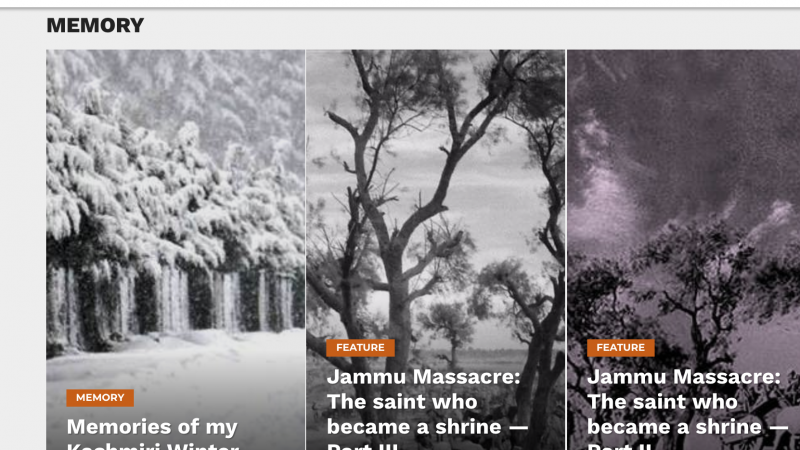 Free Press Kashmir, a weekly published from the Kashmir valley, archives a number of memoirs by Kashmiris narrating events and memories from the past.

Uma Shori recalls moving away from Kashmir and the unending journey of longing for her roots:

No matter how many houses you change in life, the one where you grow up will always be the home you see when you dream.

Writers and novelists speak up online

Several journalists and authors from India and abroad are providing their commentary on the Kashmir situation. Here are quotes from some of them:

Nayeema Mehjoor, a Kashmiri politician, journalist and author of several books, wrote her first novel “Dahshatzadi” in Urdu and published it in both India and Pakistan. In 2017, she wrote “Lost in Terror,” which describes the price women have to pay in the Kashmiri conflict. She recently tweeted:

Many sick, vulnerable and children need medical attention in Kashmir. Can't reach to hospitals or doctors, do they have to die to give satisfaction to sadists? Question to 1 billion ordinary Indians n not to champions of child rights or human rights….

Saba Shafi Makhdoomi, a celebrated Kashmiri novelist and doctor, attempts to come to terms with the impact the conflict has on ordinary lives in her novel “Leaves of Kashmir”:

“This book was probably not an attempt to escape from the pain of the conflict but rather recognizing it, acknowledging it and engaging with it in a more direct way”.

A friend shares this message he got from Kashmir, knowing any word from home is a much needed balm to allay our maddening anxiety. The grace and stoic dignity only hardens the lump in my throat, he tells me. We know just what he means. ? pic.twitter.com/GZHA8PIswC

Mirza Waheed, a London-based, Kashmiri journalist and author whose first novel, “The Collaborator”, was a finalist in 2011 for the Guardian First Book Award, describes the conflict in Kashmir on Twitter:

Do you remember any country that has kept an entire people under lockdown and a communications blackout for a full month?

Booker prize-winner Arundhati Roy has spoken out frequently about justice for Kashmir and had been threatened by the Indian government on sedition charges. In her latest novel, published in 2017, “The Ministry of Utmost Happiness,” she describes the insurgency in Kashmir through the eyes of a local resident and several of the scenes take place in Kashmir.

Salman Rushdie, who comes from a Kashmiri family, pays tribute to the region in his novel, “Shalimar the Clown,” written in 2005. The name refers to Shalimar Gardens outside Srinagar in the Kashmir Valley and the book describes changes in Kashmiri society through the eyes of the main character, who comes from the region. Rushdie recently tweeted:

Even from seven thousand miles away it’s clear that what’s happening in Kashmir is an atrocity. Not much to celebrate this August 15th.

In an interview with India Today in 2005, Rushdie replied to the question: “What is the idea that killed the Kashmir of your memory?”: