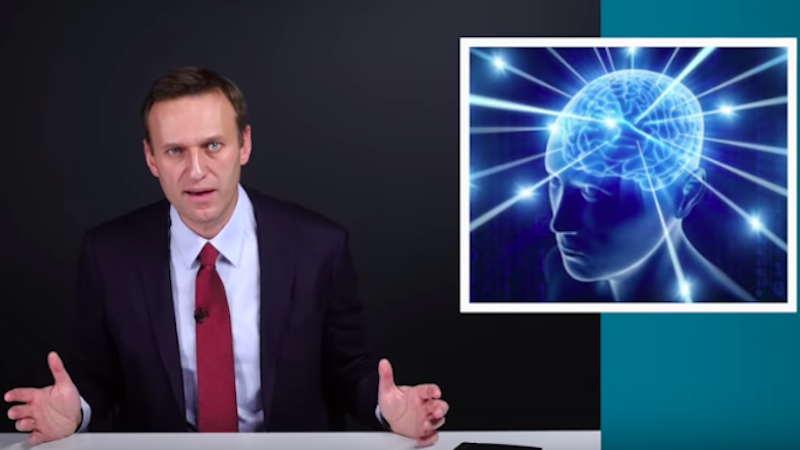 “The Kremlin and United Russia are sly and sophisticated. To win, we need to get smart,” said Alexey Navalny in his November 2018 video launching the Smart Voting campaign.

On September 8, 19 regions of Russia go to the polls to elect local governors and parliamentarians. The mood is particularly tense in Moscow, where the electoral commission has barred independent opposition candidates from running. Mass protests have been held in the Russian capital every weekend since the commission’s controversial ruling in July. Police have violently detained thousands of people and repeatedly arrested opposition politicians.

Many of the rejected candidates are linked to the Anti-Corruption Foundation led by Alexey Navalny, whose YouTube videos detailing the misdeeds of powerful politicians regularly rack up thousands of views. In one video from November 2018 Navalny outlined his “smart voting” strategy, urging compatriots to challenge pro-Kremlin candidates by voting for the strongest alternative, regardless of what party they represent. Russia’s opposition has called for tactical voting before: in 2011’s parliamentary elections, Navalny called on Russians to vote for “anyone [else]” besides the ruling United Russia party.

But this time, Navalny’s drive for tactical voting is driven by big data.

Last year, Navalny and his colleagues launched a website which allows users to enter the address where they are registered to vote. It then calculates which candidate is most capable of beating United Russia in the given constituency. A Telegram bot offers the same service. The tool appears to be popular, or at least popular enough for a Moscow court to block the website on December 19, 2018, on the grounds that it did not provide users with the ability to opt out of processing their personal data.

Navalny argued that any attempt at a formal alliance between opposition parties would quickly be crushed by the Kremlin. But as the opposition vote was still divided between several parties, he continued, United Russia or pro-Kremlin candidates are often able to win constituencies with just 35% of the vote or less. For example, while the ruling party took 38 of the 45 seats in the last elections to Moscow’s City Duma, only 16 of them were won with more than 50% of the vote.

Those statistics matter in light of the Russian authorities’ falling popularity in recent years. By January 2019, United Russia’ approval rating fell to 32.2%, its lowest in 14 years. Observers were quick to point out that not only did Putin choose to run as an independent during presidential elections in 2018, but United Russia’s approved candidates in the forthcoming local elections have done the same.

So while no Russian disillusioned with the country’s rulers has any qualms with voting against United Russia, many are deeply uneasy about whom that means they must vote for.

In most cases, those other candidates are from A Just Russia, the Liberal Democratic Party of Russia (LDPR) and the Communist Party of the Russian Federation (KPRF), the three other parties represented in the Duma, or Russia’s parliament. They are known as the “systemic opposition,” and are widely viewed as compromised, helping the authorities maintain a facade of competitiveness in an increasingly authoritarian political setup.

What do Russians do if they want change? Some join the “systemic” parties anyway, hoping to change them into genuine opposition forces from within (particularly noticeable in the KPRF’s case). Others vote for Russia’s many extra-parliamentary parties, which are sometimes permitted to run but are viewed as less tainted. Older dissidents prefer the time-honoured tactic of a boycott, noted the independent journalist Yevgeniya Albats during a recent radio debate with Navalny about smart voting. Many Russians simply ignore the entire spectacle.

The journalist and musician Artemy Troitsky summed up the dilemma neatly:

“Smart voting” is pragmatic but amoral. “Voting according to one’s conscience” is noble but useless. Boycotting elections feels good but your vote could be given in support of another candidate. Spoiling ballots with obscenities feels even better, but still raises the turnout… WHAT A CHOICE! What a democracy.

It is an unenviable choice. As opposition activist Maxim Katz wrote Telegram on August 14, it may be a fundamentally unresolvable one. Any attempt to force others to choose, wrote Katz, would only accelerate counterproductive schisms in the opposition.

Meanwhile Mikhail Khodorkovsky, the Russian oligarch who runs the opposition Open Russia Foundation from exile, categorically stated in a Telegram post on August 22 that voting for any candidate who did not publicly denounce repressions and the abuse of judicial independence would be an act of treachery against protesters and political prisoners.

When it comes to the systemic opposition, that is a widely shared view. Indeed, Boris Vishnevsky, an opposition lawmaker on St Petersburg’s city council, expressed his opposition to smart voting in a column for Novaya Gazeta on August 20. Vishnevsky reflected that in 2011, “we sent a huge number of communists and ‘Just Russia’ deputies to parliament, who quickly became indistinguishable from United Russia and LDPR deputies,” supporting repressive legislation proposed by the government. This much was even admitted by Leonid Volkov, a close associate of Navalny, who told Meduza in an interview in August that the smart voting drive would only lead to “a couple of decent people” being elected, while most of the new parliamentarians would be “a rabble.”

If it pays off, “smart voting” could put some of this “rabble” in an uncomfortable position. After all, elections in Russia frequently feature “technical candidates,” who contest rigged votes fully expecting to lose. In St Petersburg, the KPRF nominated the well-known film director Vladimir Bortko as its candidate for governor, facing off against the unpopular acting governor Alexander Beglov. When Bortko made a surprise announcement on August 30 that he would withdraw from the race, commentators wondered whether he had ever been in it to win:

Bortko’s desertion is the best illustration of why we need smart voting. Even technical candidates fear it. Putin’s allies are so certain of defeat that they cannot even permit themselves the façade of competitiveness.

Given the communists’ increasingly bold criticism of Russia’s socio-economic woes, candidates like Bortko were destined to do well. Political analyst Fedor Krashennikov wrote that smart voting was bound to mostly benefit the KPRF.

“In modern Russian politics, everything is arranged so that it is worse for a systemic player to win than to lose. [Party leader Gennady] Zyuganov knows that communist deputies will only remain loyal to him if they know that their seats have been bargained for with the Kremlin and not handed to them by Navalny,” concluded Krashennikov in his August 21 column for Vedomosti, a popular Russian newspaper.

The authorities could also simply annul any unexpected surprises at the polls, as they did in elections for the governor of the Primorye region last September. After KPRF candidate Andrey Ishchenko nearly won the first round of the race to become governor of the far eastern region, he was barred from contesting a run-off vote in December.

Then again, perhaps such a heavy handed response from the Kremlin is exactly what Russia’s opposition is counting on:

For God’s sake, you’re all so fucking determined to find fault with smart voting.

Do you really not understand why it’s necessary to go along with it?

In order to provoke the authorities into large scale electoral falsifications, thereby drawing attention to these events, finally removing any legitimacy [from them], culminating in protests.