As Hurricane Dorian devastates the Bahamas, a cry for the Caribbean to face up to the climate crisis

'[The] Caribbean is becoming another testing ground for climate injustice' 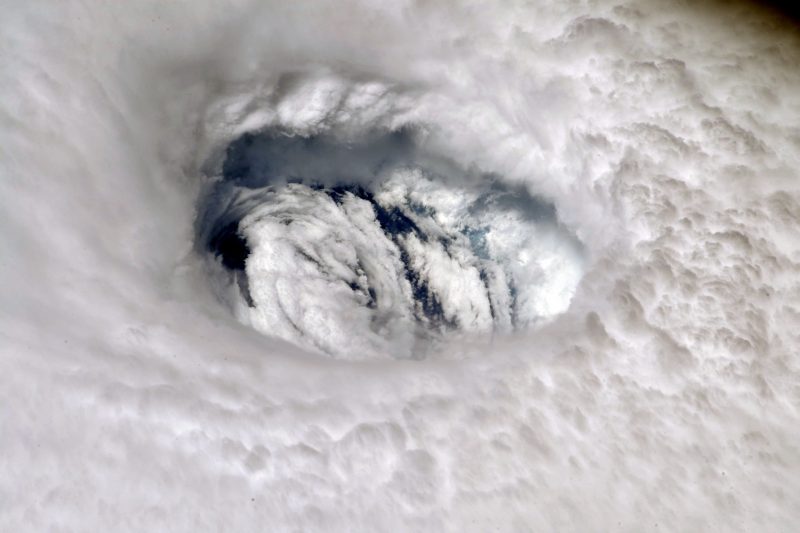 The eye of Hurricane Dorian. Image by Cayobo, CC BY 2.0.

Just like its most famous namesake — Dorian Gray, of the famous Oscar Wilde novel — Hurricane Dorian has taken on a very nasty character. As the peak of the 2019 Atlantic hurricane season approaches (typically in mid-September), Dorian has rapidly intensified, wreaking havoc on the Bahamas’ Abaco Islands and slowing down dangerously over Grand Bahama to the point where the National Hurricane Center in Florida is predicting “extreme destruction”.

Several sections of Florida’s east coast have also started to feel the storm's effects, but forecasters suggest the mainland United States may be spared the worst.

“The monster is here,” said a reporter for the Bahamas’ ZNS News, which had been broadcasting live footage, calls for help and emergency numbers continuously on Facebook. A combination of extreme storm surge (high waves up to 20 feet that have breached sea walls), “king tides” and continuous rain is resulting in unprecedented flooding; winds have been roaring at up to 185 miles per hour.

Although experts are debating whether or not climate change has been contributing to an increased number of hurricanes, they agree that higher sea levels and temperatures are ramping up their intensity. This is, in large part, due to the release of high levels of greenhouse gases from environmentally destructive practices like deforestation and the burning of fossil fuels.

Chief Curator at the National Art Gallery of the Bahamas in Nassau, Holly Bynoe, shared her thoughts on Facebook. Her message was that Caribbean governments and citizens need to address the reality of global heating with clear eyes and focus:

The Bahamas will lose so very much in the coming days, much more than any of us have ever imagined or undoubtedly wanted to bear witness to.

This collective trauma and loss, in time, and sooner rather than later has to be accounted for. Prime Minister [Hubert] Minnis said […] that they will now look into putting legislation in place for mandatory evacuations and that he hopes that there is no backlash from the opposition.

This is not a political or bipartisan issue; this is a human rights necessity in the face of Global Climate Collapse. The Bahamian public should not be used as leverage or pawns to further any political agenda.

Bynoe noted that — accustomed as the Bahamas are to hurricanes, Dorian is the most powerful storm ever to make landfall there:

After Matthew and Irma, there has been little by way of public discourse around innovation and charting/designing the new countries that we need to build to survive for the coming decades, and centuries ‘if’ we make it. The Bahamas is, after all vulnerable, in that it will be one of the first places to be swallowed by the seas in this Climate Collapse. The rest of the Caribbean might look at this with their volcanic/mountainous lushness and say, ‘hmm, we might have some more time,’ but this is not true. We all need to innovate, advocate and start that journey of investing now! […]

Our entire Caribbean is becoming another testing ground for climate injustice. Mix some good old politics in there, and people's lives are held in checks and balances. […]

The keywords for the coming day or two are PREPARE and SURRENDER.

The word right after is FIGHT.

Let's make sure we get this right.

In September 2017, several small islands in the eastern Caribbean, as well as Puerto Rico, withstood two strong hurricanes in quick succession: Irma and Maria. Many islands, such as the devastated island of Dominica, have still not fully recovered. Nevertheless, one Dominica-based naturalist shared a message of support on Facebook:

A tribute dance for the people of Abaco, Bahamas from Dominica as Hurricane Dorian devastates them. As hard as it is; in all things give thanks and rest assured help is on its way. […]

Many of us are surely remembering where we were and what we did on 18th September 2017 when Hurricane Maria made landfall on Dominica.

It is sad that we the Caribbean islands have to pay; facing the full effect of climate change. But regardless of the odds, we must carry-on. Let’s rally round the people of Bahamas and let us reach out in whatever way we can possible.
[…]

Each year, Caribbean islands await the beginning of the hurricane season, wondering what it will bring —  and which territories will be affected. In the past four years, five Category 5 storms have occurred, including Dorian.

While some countries are doing what they can to prepare and mitigate risk — the climate change division of Jamaica’s government, for example, will be participating in yet another regional seminar on climate resilience — the time for the Caribbean to fight the climate crisis with more determined action and greater support is, perhaps, long overdue.