Francis Ngannou comes from a family of fighters 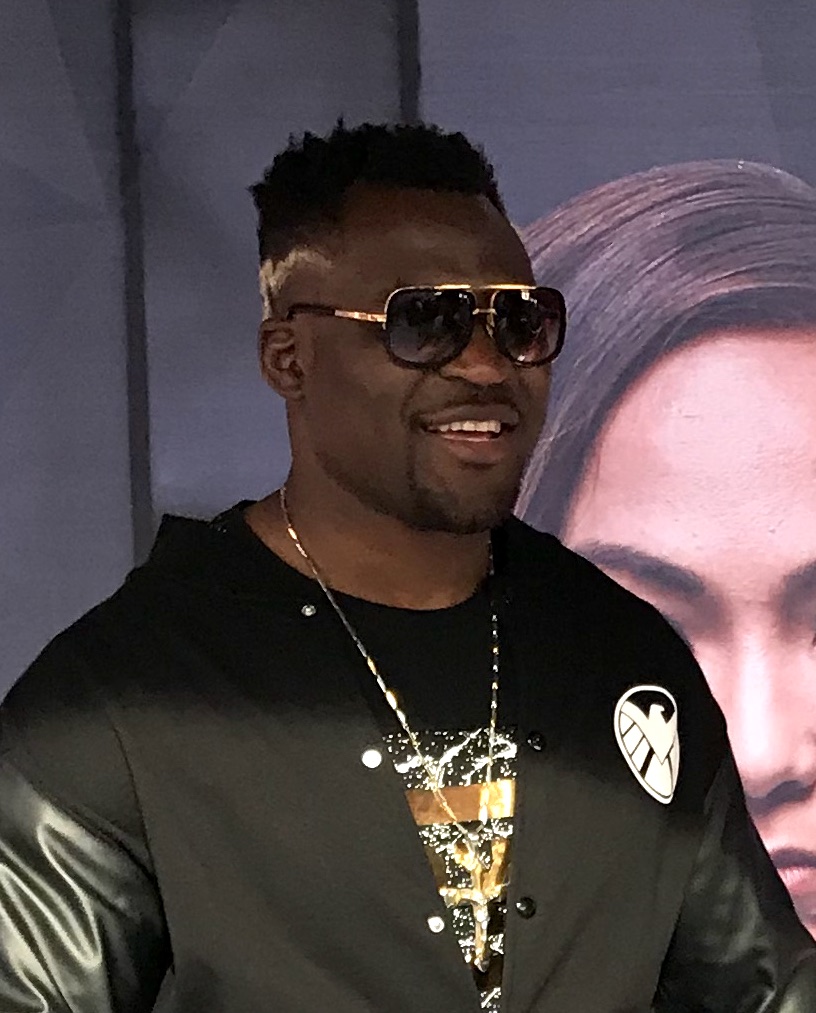 Francis Ngannou, a heavyweight championship fighter from Cameroon, heads to the big screen. The photo was taken in 2017 by X2o via Wikimedia Commons CC BY 4.0.

As a sand quarry worker 20 years ago in his native Batié, in western Cameroon, Francis Ngannou did not know he would one day feature in one of America’s most popular film series.

The Ultimate Fighting Championship (UFC) and Mixed Martial Arts (MMA) fighter has been included in the “Fast and Furious 9” cast and is set to become the second African to appear in the franchise, after Beninese American, Djimon Gaston Hounsou.

“I had waited for a long time after auditioning for the role and I was a bit stressed and nervous to get the news,” Ngannou said in a phone interview. “Then, they [Universal Studios] confirmed to my team [UFC] that I have been given a role, because if you look at my post [on Twitter] that was from Universal Studios,” Ngannou said.

The future is in the made!!!
Fast and furious nine will be my first movie appearance and I can't wait for this?. pic.twitter.com/VkTzQWCfsa

Ngannou’s unprecedented success in mixed martial arts contributed to his starring in the film, expected to be released in May 2020. He’s won 14 of his 17 fights in the MMA.

Ngannou, who hails from hardship, poverty and struggle in Cameroon, revealed: “You know, when you wait for something and you’re very excited about it, and at the end, they are just like ‘yes you get the role,’ he explained, “ you get a little confused; you are happy but you don’t know what to do…you are happy but you don’t know how to express it,” said Ngannou, who left Cameroon six years ago for a better life in Europe.

How did Ngannou shape his future?

Born from a family of street fighters, Ngannou started working in a sand quarry at the age of 12 and unluckily never received a good education.

Fourteen years later, the man nicknamed the “Predator” decided to embark on a dangerous journey to Europe.

“I left Cameroon at the age of 26… I spent a year in Morocco before moving to Spain – it was hell.” — Francis Ngannou, heavyweight championship fighter

“I left Cameroon at the age of 26, and it took me more than a year to make it to France because I went by road; from Cameroon to Nigeria, to Niger where I crossed Algeria and Morocco through the Mediterranean Sea to Spain. I spent a year in Morocco before moving to Spain – it was hell,” Ngannou said.

Cameroon has faced a series of protracted conflicts stemming most recently from the presence of the ISIS-affiliated Boko Haram since 2013, and the ongoing Anglophone crisis since 2016, when English-speaking Cameroonians held protests against the French-speaking government, claiming discriminatory, marginalizing and repressive policies.

According to the United Nations, the Mediterranean Sea is “one of the world's deadliest sea crossings,” where “an estimated 2,275 individuals drowned or went missing” in 2018, according to one UN report.

Ngannou maintained it was worth it, however. “That was kind of a hard part of my life and something not great to think about. But that was the sacrifice that needed to be done to get here,” he added.

Ngannou was homeless in Paris when he first arrived. One day, he “wandered into Paris’ MMA Factory” and the owner gave him a chance to sleep at the gym while he trained as an MMA fighter. He eventually made his professional debut in 2013 and his fighting career kicked off from there.

Giving back to the next generation of fighters

After hoping to return to his village one day to uplift children’s dreams, the UFC athlete established the first mixed martial gym in Batie in January 2019.

The initiative, named the Francis Ngannou Foundation, entrusts children to pursue professional training in gyms and can hold up to 100 trainees.

“I am empowering kids to help them believe in themselves, like I did,” the 32-year-old said. “I still believe that the faith that I have, gave me the power to pull through despite the misery. That’s what I wish to give the children.”