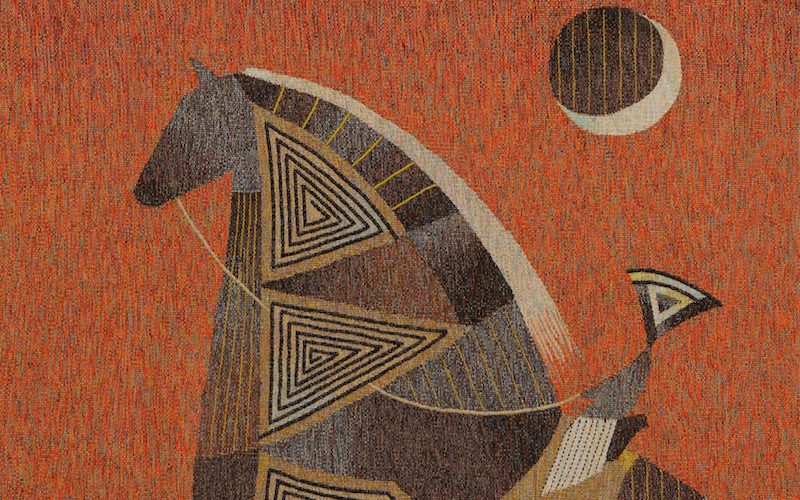 Detail from cover of the book “A life at Noon,” translated by Shelley Fairweather-Vega. Photo used with permission.

Shelley Fairweather-Vega is a Seattle-based translator of Uzbek and Kazakh literature, as well as a certified Russian to English translator. Her translations have been published in a number of leading English-language magazines, and three translations of books by Uzbek and Kazakh authors are coming out later this year. As Central Asian literature remains scarcely known outside the region, Shelley is not just a translator but also a cultural ambassador.

I asked her to reflect on those roles, and what the future holds for Central Asian literature in translation. What follows is an abridged transcript of our conversation.

Filip Noubel: How did you get involved in Central Asian literature and languages, which is a rather rare occurrence among literary translators in the English-speaking world?

Shelley Fairweather-Vega: It is too rare an occurrence! It was really an accident: the University of Washington, where I did my graduate studies, bundled Central Asian Studies in with Russian Studies. I began studying Uzbek under the guidance of Ilse Cirtautus [1], a legendary scholar and promoter of Uzbek literature. Later the Uzbek writer-in-exile Hamid Ismailov [2] convinced me to work on some of his books, and introduced me to other Central Asian writers, which is how I met Zaure Batayeva, [3] a tireless promoter of Kazakh literature.

My knowledge of Uzbek isn’t perfect, and my knowledge of Kazakh is scanty, but even the amount I do know is enough to give me a different perspective on translating the literature from that region – different from translators and readers who work only with Russian.

FN: Tell us about the books you have recently translated and those that are due to be published. Did you pitch those titles to publishers yourself?

SFV: Two of them are by Hamid Ismailov, the ones I agreed to translate back in 2015. “Gaia, Queen of Ants” captured the imagination of an editor at Syracuse University Press when I sent it to them.

It’s a fascinating but disturbing tale of exiles trying to find their way in the world: a young man who is traumatised by ethnic conflicts in his childhood, in a country that must be Uzbekistan; an old woman who, it turns out, may have been the instigator of those conflicts; and an Irish woman who escaped the Troubles only to land in the middle of a war zone in Serbia and then a Central Asian prison. As you might expect, it doesn’t end well. 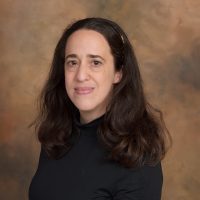 Ismailov’s other novel, “Of Strangers and Bees”, is a homage to the Sufi literary tradition [4] stretching back many centuries. One of its central characters is Avicenna, or Ibn Sino as the Uzbeks call him, who appears as a wandering stranger in different countries and centuries. That means the book is full of different story-telling styles, making it a challenge to translate. That one is coming out from Tilted Axis Press, which also produced Ismailov’s most recent novel in English translation, “Devils’ Dance [5].”

But the next one to come out, on October 1, is a Kazakh novel, “A Life At Noon”, by Talasbek Asemkulov. The author was a scholar of Kazakh history and culture, a musician who played the Kazakh string instrument, the dombyra [6]. The novel is a slightly fictionalised retelling of his own life story. He grew up on the stories old men told over tea in the 1960s, and in the book, we all get to hear those stories. It’s unlike anything I’ve ever read before.

FN: How challenging is it to translate from Central Asian languages and cultures, particularly when it comes to local cultural terms or proverbs?

SFV I’m not sure it’s more difficult than translating from any other language, although Turkic languages [7] like Uzbek and Kazakh have a structure extremely different from English. The culture behind those languages is less familiar to English-language readers because we just haven’t read much from that part of the world. Translation is always a strategic balancing act. A translator can alter the whole tone of a story just by choosing how to handle words such as dastarkhan [8] or jigit [9]. Do we explain those words, and if so, how much and how often? Italicise them? Do we leave no comment at all?

Because Central Asian languages use different alphabets – sometimes more than one different alphabet – there’s also the question of spelling. I’ve already mentioned Avicenna and Ibn Sino. And is it jigit or dzhigit? We have to consider at least three aspects when answering those questions. First, how will English-speaking readers pronounce the word, and will that be close to correct? Second, is there a spelling people already know and expect, and is there a good reason to violate those expectations? And third, how Russian is the spelling we’re considering? Because when we call the musical instrument, for example, a dombra, that’s the Russian spelling; Kazakhs pronounce and write it more like dombyra.

My spelling choices can inadvertently label something a Kazakh or a Russian phenomenon. We can’t avoid the Russian influence and perspective on Central Asia altogether, but we also need to be careful of making the Russian experience there the central, primary, and only lens through which we perceive these stories.

All these decisions determine how exotic the translated text will seem to the reader and how comfortable or uncomfortable readers might feel experiencing the story. But how comfortable do we want them to feel, anyway? The answer is different for every work, every author, and every publisher.

FN: How do you think English-speaking audiences and media interpret these literatures?

SFV: It might be too soon to tell. Central Asian literature is still an exotic beast, a curiosity. I get the sense that people are more likely to appreciate it for its rareness than for its actual literary merits – but the art, the stories, are what I like best, and what I hope people will pay attention to. I’d love to move readers away from thinking, “how unusual!” to thinking “how beautiful!”

FN: Are Central Asian governments or institutions doing enough to promote their countries’ literatures in translation?

SFV: We’re seeing more efforts along these lines lately, but still nothing like Russian writers have with the Institut Perevoda [10] [a Russian state-sponsored institute for literary translation] and active literary agents. Unfortunately, Central Asian countries have inherited Soviet-style bureaucracies that extend to the literary world and come with opaque rules governing who gets attention. In Kazakhstan, the government decided last year to fund the translation and publication of a volume of poetry and a volume of prose to promote Kazakhstan’s culture abroad. But rather than translators, publishers, and readers, it was mainly bureaucrats who made the decisions about what to include.

I haven’t heard of any government-led efforts in Uzbekistan. In 2018, I had the privilege of helping to judge a contest for translators of Uzbek literature, and I was excited to see what young Uzbek translators picked to translate. Out of dozens of samples I reviewed, there were only about six authors whose work was represented, all men who wrote in the early decades of the Soviet era. Those stories seem to have been the only ones these young translators thought deserved their attention. If that’s what they’re spending time on, how are readers from outside supposed to discover anything else?

I’d love to see governments and cultural organisations in Central Asia promoting not just the classics, which do remain too little known in the West, but also exciting new writing by a more diverse group of authors.

FN: Which authors from Central Asia would you like to recommend to readers, whether translated into English or not?

SFV: I’m glad you asked! The biggest deal right now is that an English version of a Kazakh historical saga, Rollan Seysenbayev’s “The Dead Wander in the Desert”, is coming out soon, translated by John Farndon and Olga Nakston. Seysenbayev's book addresses some of the same themes that “A Life At Noon” does, though from a different point of view. Furthermore, J. Kates has translated a volume of poetry by Aigerim Tazhi called “Paper-Thin Skin [11].”

Right now I’m working with some less known Kazakh authors who have written amazing things. Zaure Batayeva and I are compiling an anthology of recent short stories by women who write either in Kazakh or Russian. One of those authors, Lilya Kalaus, has a hilarious, touching novel called “The Last Hope Foundation” about love, ghosts, and the operations of a western non-profit in present-day Central Asia. Kalaus worked with another of those authors, Zira Naurzbayeva, to write a very good pair of children’s adventure stories based on Kazakh myths and legends. And Dastan Kadyrzhanov, following a career in Kazakh politics, has written a novel in free verse about the spiritual crisis in his country after the collapse of the Soviet political system, which is surprisingly funny and erudite.

I’d love to help them share their insights and their creative work with a wider audience. That’s the best part about being a translator.

Find out more about changes in Uzbek society here [12]