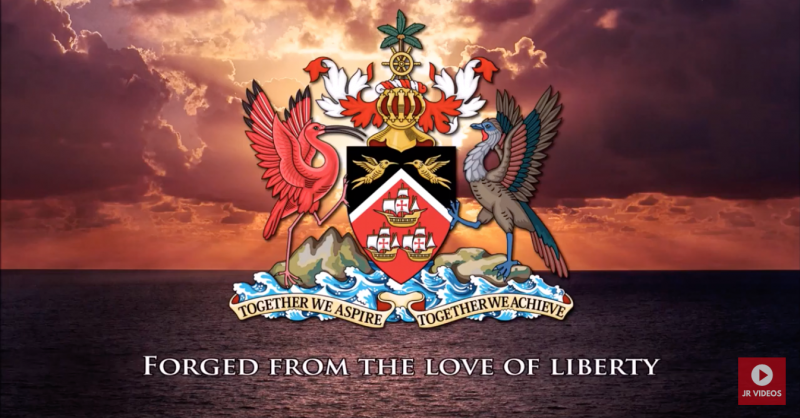 Trinidad and Tobago have just finished hosting the Caribbean Festival of Arts, more popularly referred to as Carifesta, which took place at various locations throughout the twin-island republic from August 16-25, 2019.

The event was created in 1972 as part of an effort to bring people of the region together through art and culture, music and literature, film, crafts, dance and heritage exhibitions. The event received a warm public reception, but the biggest point of discussion has been the delivery of Trinidad and Tobago's national anthem during the closing ceremony.

Shortly afterward, the Office of the President issued a media release, which took issue with the rendition. President Paula Mae Weekes stated:

Between August 16 and 25, 2019, we […] were reminded of the things that bind us and the possibilities that exist, through culture, for harmony among nations. […]

However, a discordant note was struck at the closing ceremony, when an unacceptable rendition of our National Anthem was performed. The National Anthem must be sung in its original music; no introduction or coda can be added or other artistic licence taken in its rendition. The offence is compounded when it occurs at an official function, as was the closing ceremony of CARIFESTA XIV.

The president added, “Our National Anthem, like our National Flag and Coat of Arms, identifies us as a nation and must at all times be accorded the utmost respect.” The website of the Office of the President addresses the issue of protocol regarding the national anthem, which was composed by Patrick Castagne in 1962, the year Trinidad and Tobago achieved its independence from Great Britain:

The National Anthem should be accorded the respect due to it when played, and on no occasion should it be treated with scant courtesy. While it must be played in the original music, the pitch, speed and tone can be changed.

“Pitch” is defined as a standard measure of highness or lowness, “speed” refers to the pacing of the rendition and “tone” describes the pitch, quality, and strength of a sound.

The reaction on social media was split: Some felt that the president was simply fulfilling her role in reiterating the protocol for national emblems; others — among them, musicians — believed that her stance was unprogressive.

As a musician and musical curator of a 5,000 member T&T music network myself, I would say that personal aesthetic musical opinions of officials ought not to become the official state legal position based on their rank. I'm defending our musical sistren from charges of disrespecting the anthem…take a look, this may be unusual but it is a very respectful performance…the musical variation preceding and post anthem are not disrespectful either…aesthetically, it is fair to criticize if you don't like the rendition but not to assign disrespect to her intentions […]

If the national anthem is played on [steel] Pan for example, it won't be standard or original either, but it's not inherently disrespectful to vary from the original […] take some time to look at artistic reinterpretations of other countries anthems at sporting events, whether hit or miss. In art, the creative door must be open and not closed…

In a telephone interview with Global Voices, music educator Patrice Cox-Neaves noted that every instrument — including the voice — has its own unique tonal quality which is often shaped by performance. She was cautious about the inference that there should be strict adherence to the anthem's original score, since many renditions veer away from it. The line “islands of the blue Caribbean Sea,” Cox-Neaves explains, should be sung with an even rhythm, but deviation from this is quite common, as is including a fermata at the end, which is not part of the original composition.

“Music is a living thing,” Cox-Neaves says. “If Her Excellency had said that the rendition didn't appeal to her stylistically, that would be a different conversation, but I can attest to the fact that quite often when the anthem is played on the steel pan, or played in another genre of music, ‘artistic license’ is taken.”

However, musician and teacher Chantal Esdelle, who also spoke with Global Voices by phone, said that this instance was not a case of melodic paraphrasing and that the way Danielle Williams sang the first line (even though she sang it correctly a second time) “misrepresented the anthem”.

This perspective was echoed even by non-musical observers like Rose-Marie Lemessy-Forde, who said in a closed Facebook discussion (republished here with permission):

I actually agree with the president. If the anthem is not supposed to be embellished in that way, then respect that. When she first started singing, my initial thought was, “who anthem she singing? ?”. Her voice is lovely, she didn't need to pad the anthem with that intro. It seriously took away from the performance.

While some commentators used the opportunity to take issue with other aspects of the composition, Patrice Cox-Neaves summed up the whole debacle by saying, “We cannot be objective about music because it is as personal as each one of us.”