Hurricane Dorian ambles through the Caribbean, but The Bahamas may still feel its wrath 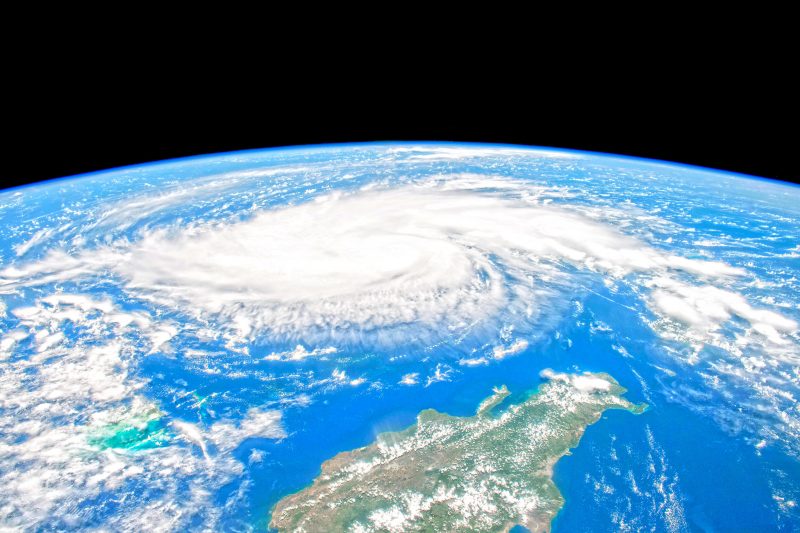 An edited ISS060 image of Hurricane Dorian off the Dominican Republic on August 29, 2019. Image edited and uploaded by Stuart Rankin, CC BY-NC 2.0.

As Hurricane Dorian, the first major storm of the 2019 Atlantic hurricane season, strengthens to Category 4, much of the Caribbean is breathing a sigh of relief that the storm was not as powerful when it travelled through the U.S. Virgin Islands and skimmed Puerto Rico on August 28. Meteorologists have predicted that the storm could ramp up to Category 5 as it heads for Florida:

This is about as perfect as a hurricane gets in the Atlantic Ocean.

Hurricane #Dorian is a strong Category 4, and possibly will become a Category 5 later today.

This is a looming catastrophe for the northern Bahamas. pic.twitter.com/oG3c0hkz15

Since its journey through the region, Dorian has grown in both strength and intensity. The Bahamas has hunkered down and is bracing for rough weather, as the storm's path is expected to continue along the northwest of the archipelago. Hurricane-force winds are estimated to extend outward up to 30 miles (45 km) from the storm's centre, bringing 10 to 15 inches of rain to the northwest Bahamas and 2 to 4 inches in the central Bahamas—conditions which have the potential to cause flash flooding and loss of life.

Holly Bynoe, curator at the National Art Gallery of The Bahamas, posted on Facebook:

The Bahamas is not ready for any storm–much less a significant cat 3/4 hurricane–we are not even ready for a few inches of rain. The northern islands and its people cannot go through this trauma, again. At this point, it seems unending and relentless.

She went on to detail the storms the archipelago has suffered, the billions of dollars worth of damage as a result, and deferred attempts to invest in green energy and hardier infrastructure, concluding:

I know we rebound quickly and in the Caribbean, it is our nature to do so. […]

However, we must be asking ourselves other questions now, more in-depth inquiries about our futures, the countries we want to occupy, the spaces that we want to build, the peace we want to inhabit and the WHOLE citizens we aspire to be. If we do not, we fall into the trap of being generationally traumatised peoples moving into a future of rising sea levels, mounting temperatures and being re-colonised by systems of embedded failure.

Meanwhile, Bahamian Prime Minister Hubert Minnis has put an evacuation order in place for parts of Grand Bahama and the Abaco Islands, saying that this was not a storm to be trifled with.

Bynoe responded to this news by saying:

I am on my goat knees praying for the safe passage through the tempest for the people of the Abacos and Grand Bahama. I just watched the evacuation notice and my heart and mind can not fathom what the next 48 hours will look like for them. Gut wrenching terror as they prepare for landfall.

Nassau will not be in the direct path of Dorian but we are in the cone and will experience tropical storm conditions. To say this is fortunate feels unfair in the face of what’s to come.

The might of the storm has not deterred American hurricane chaser Josh Morgerman, though, who was determined to get to The Bahamas before access was shut down:

Goin' for it. Last flight into Abaco Islands #Bahamas before it shuts down. I passionately hate Island Roulette. But I hate standing on my hind legs for three days to lick the bland edges of an unraveling recurver even more. I may go down in flames on this chase. Oh well. #DORIAN pic.twitter.com/eIt41DIJny

Dorian appears to be turning farther north even with The Bahamas in its sights. But the fact that it is a lumberingly slow-moving storm has some suggesting that it could be the most violent system to hit the east coast of the United States in 30 years.