Mass tree-planting in Ethiopia broke world records, but its impact will take time

Planting billions of trees can help tackle the climate crisis 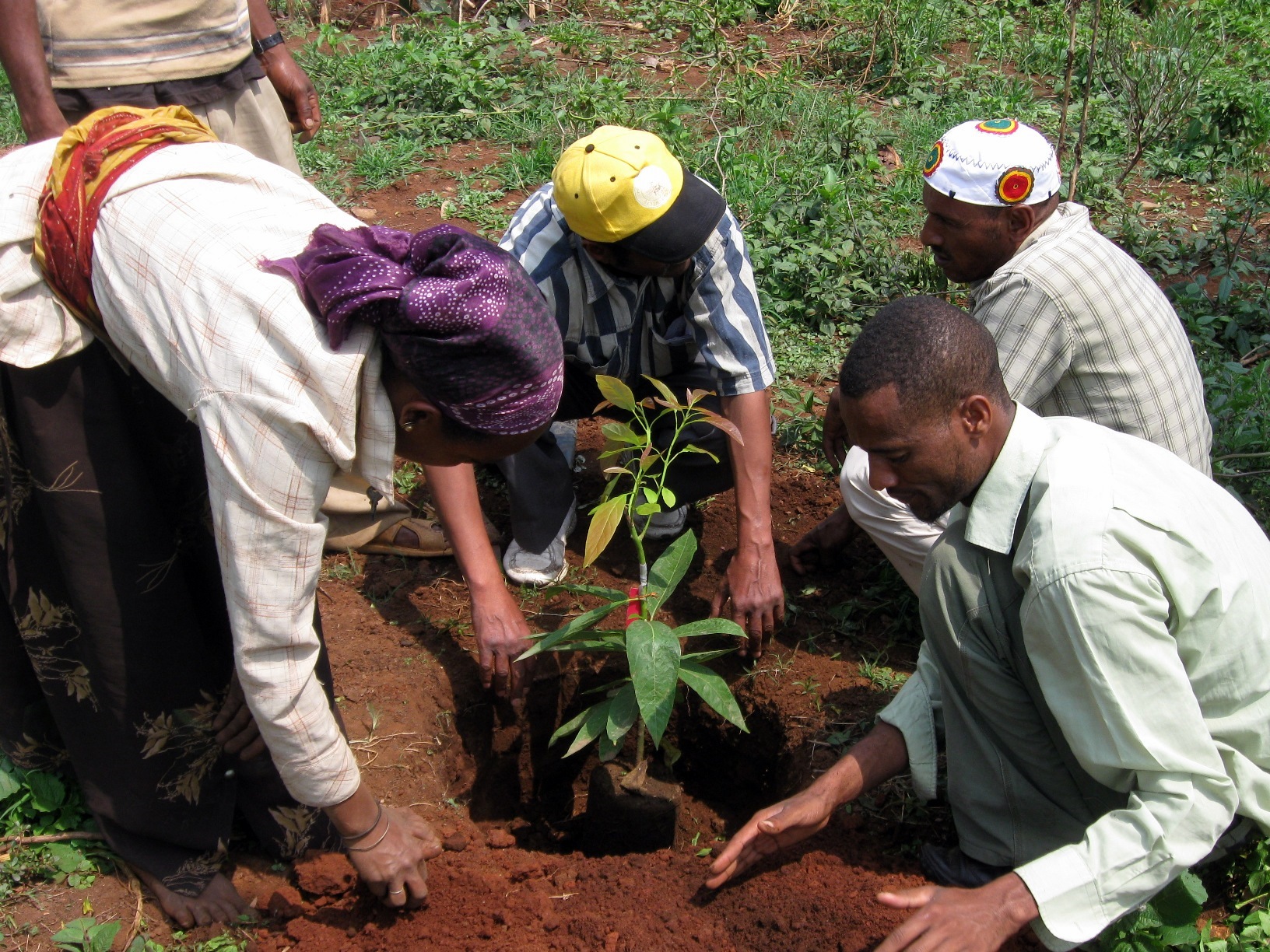 People plant avocado trees in Katbare, Ethiopia, on June 23, 2011. Photo via Trees for the Future on Flickr CC BY 2.0.

There’s no doubt about it — trees are good for the planet. The power of trees has dominated headlines all summer.

In late July, Ethiopia claimed to have set a world record by planting 350 million tree saplings in a single day. The initiative was part of a wider tree planting policy launched by Ethiopian Prime Minister Abiy Ahmed, whose administration aims to tackle deforestation and climate change by planting 4.7 billion trees by October this year.

Also in July, The Crowther Lab of ETH Zurich published a study which found that planting billions of trees across the world was the most affordable and effective way of tackling climate change.

Not only do trees clean our air and help fight climate change — but they also promote biodiversity. A study carried out in Costa Rica found that planting a single tree could boost the number of bird species from near zero to 80.

Planting 350 million tree saplings in a day is an incredible achievement, but it takes time for trees to mature and reach their full carbon-capturing potential.

Working across six African countries, Send a Cow, a nongovernmental organization, encourages smallholder farmers to plant multi-purpose trees that offer more than one output. For example, growing tree species that provide fruit to eat and sell but also provides firewood or introduce nitrogen into the soil. These benefits give farmers more reasons to plant and maintain trees, even where space is limited.

Ethiopia follows in the footsteps of other mass tree-planting initiatives in China and India. Mass tree-planting projects are exciting, but the solution is never as simple as it seems. During this precious time of growth, trees must be protected from removal or destruction while also safeguarding existing, mature forests.

Other ecosystems, including trees, are critical in terms of carbon retention. Burning fossil fuels and deforestation have resulted in an alarming amount of carbon dioxide released into the atmosphere, resulting in rapid, irreversible changes to the climate.

Trees remove carbon dioxide from the air, storing it within trees and soil, and release oxygen into the atmosphere. But permafrost (a thick subsurface layer of soil that remains below freezing point), peat and grasslands, (which are found in both mountainous and arid regions of Ethiopia), are also effective in capturing carbon and need to be preserved and rehabilitated, too.

Which trees are best?

Some critics of Ethiopia's “Green Legacy” mass tree-planting initiative have warned of the dangers of planting non-native tree species which can actually destroy ecosystems rather than improve them.

Historically, Ethiopia has used eucalyptus, native to Australia, to quickly reforest areas that have been cleared for agriculture. The tree was introduced at the end of the 19th century and over a dozen eucalyptus species have been planted in Ethiopia during the last century — mainly for use as a source of fuel and for construction. Though fast-growing, the commonly used species drain water resources, enhance soil erosion and actually deplete the soil of nutrients.

This time, however, citizens reportedly planted tree seedlings of indigenous species as well as non-indigenous eucalyptus and avocado trees. Indigenous species have evolved in their countries of origin over millennia and have built up a resistance to current diseases. The Ethiopian government's approach seems to reflect a shift away from simply planting more eucalyptus.

However, sometimes non-native species make sense. For example, a species of shrub called calliandra, originally from Central America, is highly effective in producing high protein animal fodder in East Africa. Calliandra seed is widely available and affordable for small-scale farmers. Likewise, when people need trees for wood, the most suitable, and fastest-growing trees may not be local ones. In these cases, farmers must consider the purposes of the trees they are planting and their local environments while also relying on good ecological planning.

Flood-prone valleys where trees absorb the water prevent unfavorable conditions for other plants. The resilient eucalyptus can also be coppiced — a management technique that involves felling trees at the base and allowing them to regrow. Therefore, it's a popular choice for firewood because of its continuous, replenishing supply.

There is no silver bullet to the climate crisis, but tree planting is a part of the solution.

Protecting existing forests and other ecosystems is just as important as planting new trees. City planners can also play a part by limiting urban sprawl and preventing the land from being turned into man-made structures. Young people in rural East Africa must see a viable future in farming and stay committed to protecting the land.

Reducing the use of carbon-based fuels such as coal, oil and gas is also a must.

Imagine the impact if this community spirit was harnessed across the world.