Jean-Jacques Muyembe-Tamfum: The Congolese scientist behind the cure for Ebola

'We will no longer say that Ebola is not curable' 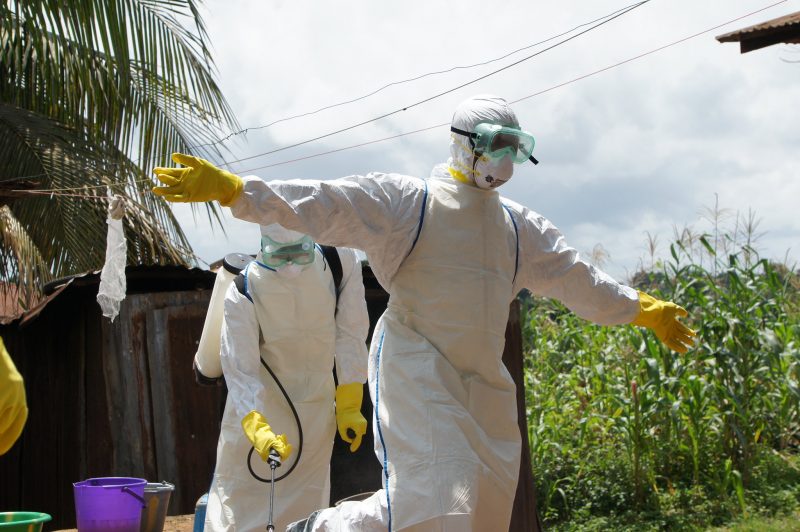 On August 12, the World Health Organization (WHO) announced a positive development in the clinical trials of drugs being tested for the treatment of Ebola in the Democratic Republic of Congo (DR of Congo).

WHO asserted that the Ebola drugs showed “advances that will bring patients a better chance of survival,” and further affirmed that “two out of the four drugs being tested are more effective in treating Ebola.”

Who is the man behind the Ebola cure? Esteemed professor Jean-Jacques Muyembe-Tamfum, director-general of the Institut National de Recherche Biomédicale (INRB) DR of Congo, who invested a substantial part of his adult life treating the virus.

While the international media has often focused heavily on the deadly, contagious nature of Ebola in DR of Congo, less has been said about the Congolese scientist who discovered its cure.

Muyembe-Tamfum declared: “We will no longer say that EVD [Ebola virus disease] is not curable.”

Based on Muyembe-Tamfum's tireless work, scientists tested four drugs for Ebola treatment: ZMapp, remdesivir, mAb114 and REGN-EB3. The results from the clinical trials conducted in 499 study participants showed that patients treated with “REGN-EB3 or mAb114 had a greater chance of survival” when compared to those treated with the two other drugs.

The trials were conducted under the auspices of the Institut National de Recherche Biomédicale (INRB), the DR Congo Ministry of Health and three medical humanitarian organizations: the Alliance for International Medical Action (ALIMA), the International Medical Corps (IMC) and Médecins Sans Frontières (MSF).

The Congolese scientist behind the Ebola treatment

Muyembe-Tamfum has been researching Ebola since its first known outbreak in DR of Congo in 1976 when he became the first researcher to travel to the area of the first outbreak.

Dr Jean-Jacques Muyembe, director general of the Institut National de Recherche Biomedicale in the Democratic Republic of #Congo and his team have discovered a new Ebola treatment that can cure symptoms in just an hour ✊???

A professor of microbiology at Kinshasa University Medical School in DR of Congo, he has been working for the past 40 years on a cure for the disease. In 1995, he worked with WHO in implementing detection protocols and control measures in the first documented urban outbreak of Ebola in Kikwit, DR of Congo. 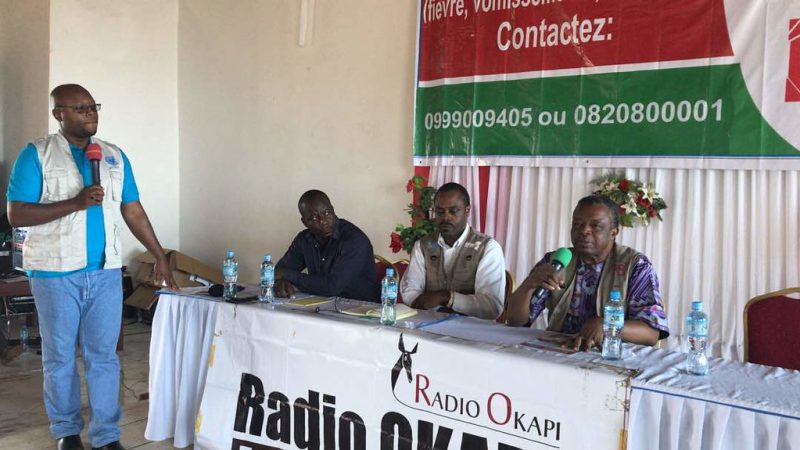 With this discovery, people infected with Ebola will now have more trust in the possibility of recovery and will be more likely to go to the hospital for treatment.

“Now that 90 percent of their patients can go into the treatment center and come out completely cured, they will start believing it and building trust in the population and community.” — Jean-Jacque Muyembe-Tamfum

The first recorded cases of Ebola occurred in 1976 near the Ebola River in DR of Congo. According to the Centres for Disease Control and Prevention (CDC), since then, the Ebola virus has “emerged periodically from its natural reservoir (which remains unknown)” to infect people in Africa. 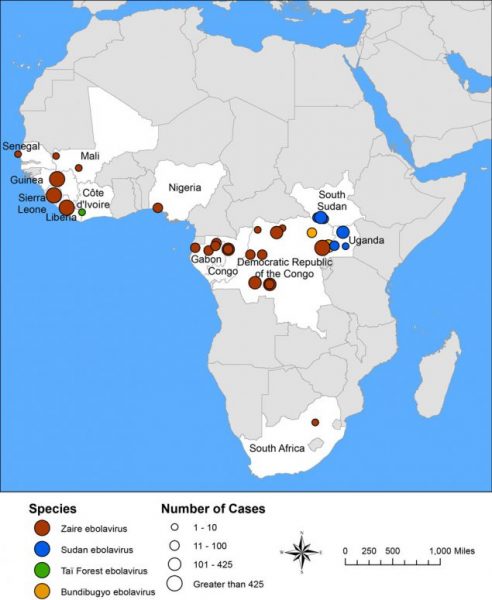 Ebola virus outbreaks since 1976. Map from the Centres of Disease Prevention and Control

The global narrative on Ebola

Ebola's ravaging of African countries generated global panic and hysteria in 2015 when two patients died in the United States and one each in Spain and Germany. Gaby‐Fleur Böl, a researcher at the Federal Institute for Risk Assessment in Berlin, Germany, identified other cases in Spain, Germany, the UK, Italy and Switzerland. At that time, an Ebola infection was considered a death sentence due to the lack of an effective treatment.

As  Böl asserted, the high mortality rate of Ebola and also “the sometimes‐exaggerated media coverage” of the epidemic created hysteria around the world.

This position was further corroborated by a 2017 study in which Hal Roberts, Brittany Seymour, Sands Alden Fish II, Emily Robinson and Ethan Zuckerman analyzed over 109,000 stories published in US mainstream/regional media and blogs between July to November 2014, with a focus on Ebola coverage.

They discovered that three distinct peaks in Ebola coverage in the United States media and blogs “occurred around July 27, September 28, and 15 October 2014″:

US media may have covered Ebola so intensively because of the presence of the disease in the US. In addition, with a more interconnected army of digital networks, the Ebola epidemic became more amplified in Europe and the US.

However, what remains to be seen is if the discovery of a cure by an African from DR of Congo to this “African” epidemic will also garner as much coverage as it did in 2017.