This is art that nurtures creatives and builds communities 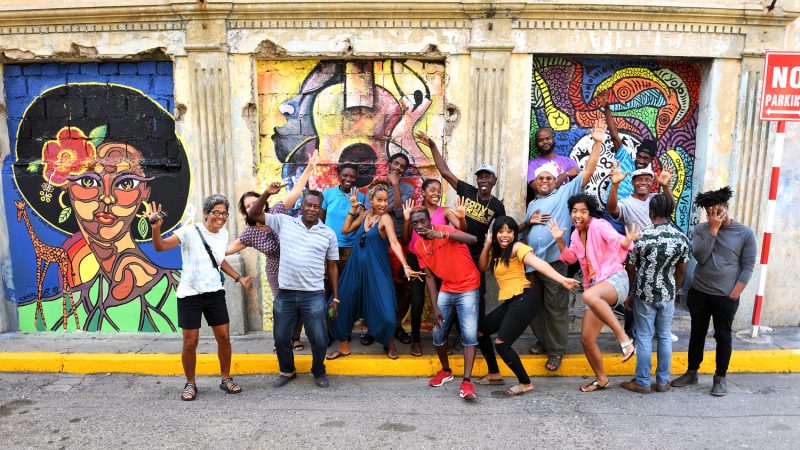 Artists and their work on Water Lane, in downtown Kingston, Jamaica. Photo by Stuart Reeves, used with permission.

Founded in 1692, the densely populated, 22.7 square kilometre city of Kingston, Jamaica — now called “downtown” — is where you will find the country's Houses of Parliament, Supreme Court, the Institute of Jamaica (a long-standing cultural and scientific organisation) and a number of important heritage sites.

Yet, Jamaica’s capital city has become neglected over the past few decades, as both commercial and residential districts moved into “uptown” St. Andrew, leaving sections of the old city in decay. In addition, the perception of higher crime rates in downtown Kingston kept many uptowners away — an absence that has had a domino effect. Although it is now under refurbishment, cultural sites like the historic Ward Theatre have suffered, for both financial support and audience patronage.

Enter Kingston Creative, a collaborative effort with a 10-year vision to “nurture artists and creative entrepreneurs, build community and collaborate with others in a creative space.” The collective aims to provide training, resources and an environment that empowers entrepreneurs to generate economic and social value from their businesses, and forge pathways to reach global markets while positively impacting their own local communities.

With the involvement of 100 volunteers, more than 20 community groups and 100 engaged stakeholders, Kingston Creative is a 700-strong organisation that has managed to secure local corporate sponsorship for its ongoing #PaintTheCity mural project. 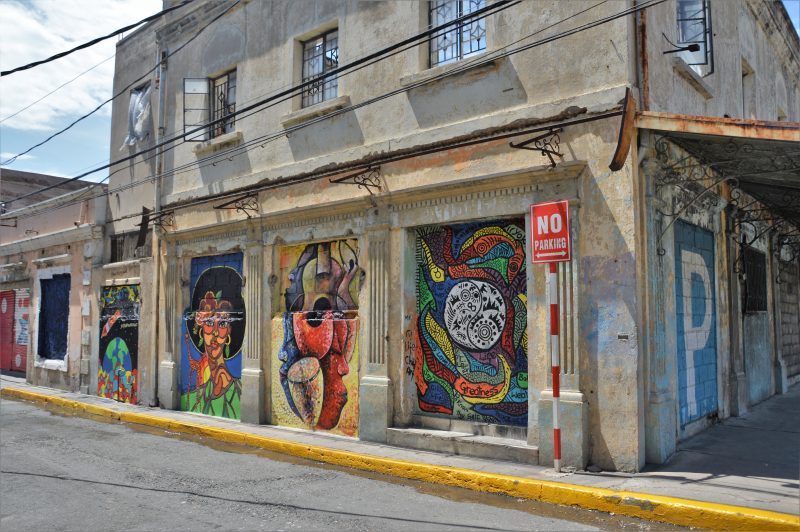 A sight to see on Water Lane: the street, lined with murals, is perfect for photographs and video shoots alike, attracting both people and business to the area. Photo by Stuart Reeves, used with permission.

But the initiative doesn't stop at art. Veteran guitarist Earl “Chinna” Smith, for example, has incorporated his evolving “Inna Di Yard Binghistra Movement” — a musical concept included in his monthly Groundation jam sessions — into the project. Groundation most popularly refers to the Rastafarian holy day which marks Haile Selassie’s first visit to Jamaica in 1966, but Smith has expanded the term to encompass his vision of keeping the roots of reggae music alive with a classical music infusion. His efforts have been quite successful: A recent session he hosted on Water Lane featured a Kumina group led by Rastafarian drummer Bongo Shem and attracted a good turnout. 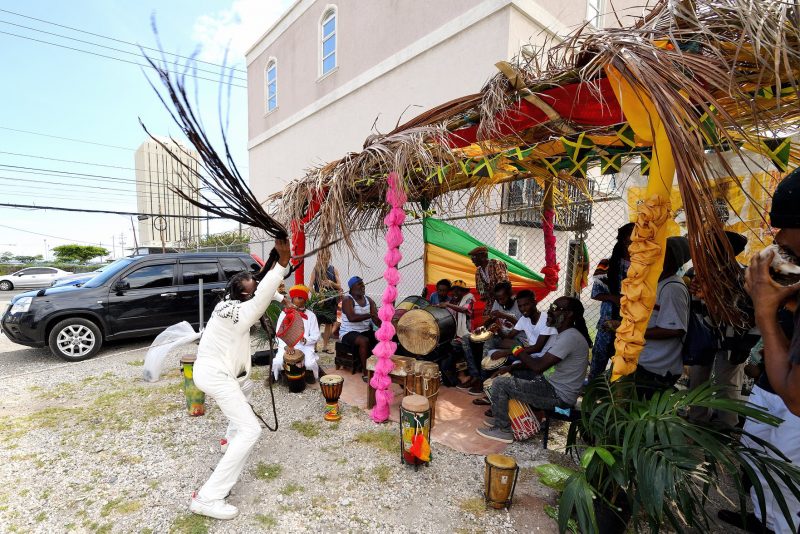 Art Walks, which take place on the last Sunday of each month have also become increasingly popular. Each walk has a different theme (children, food, dance, literature, etc.) and participants are never disappointed. On August 25, 2019, Kingston Creative unveiled an augmented reality mural by artist Bernard Hoyes. Some of the action was captured in this tweet thread: 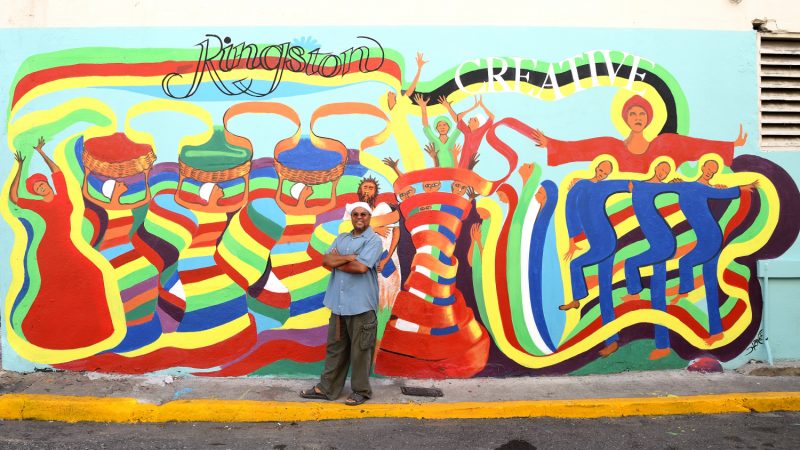 When Kingston Creative first partnered with Jamaica's business community in November 2018 to help bring its dream of a revitalised capital to life, then-state minister for culture, gender, entertainment and sport, Alando Terrelonge, noted:

I am pleased that the Kingston Art District is now a member of the Global Cultural Districts Network and look forward to partnering with local and international creative enthusiasts as we move to further develop and capitalise on our creative industries for the cultural prosperity of our people and our nation.

The vision may be ambitious, but it is gradually getting the buy-in necessary to transform Jamaica's capital.