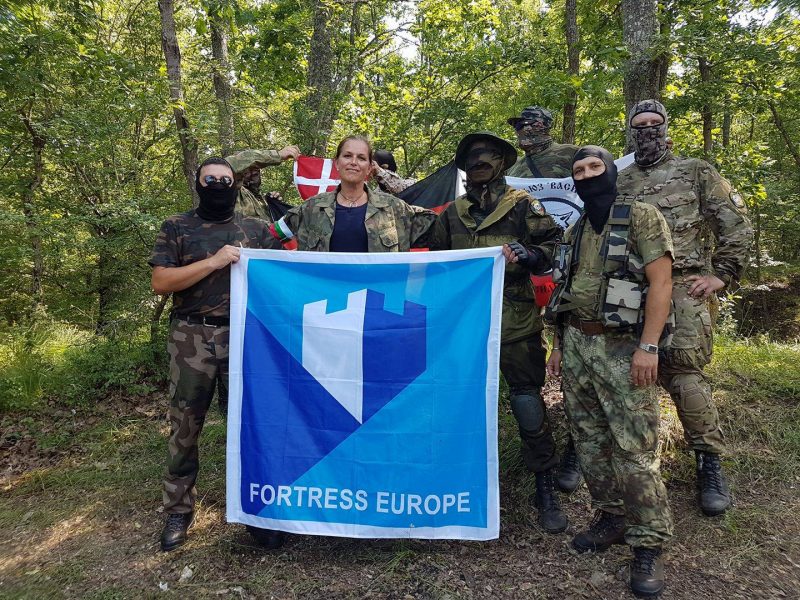 A widely shared photo of the members of BNO Shipka and their guest German far-right politician Tatjana Festerling showing a “Fortress Europe” banner. Photo from their Facebook page, fair use.

For the past four years, Bulgarian journalist and analyst Ruslan Trad (also a Global Voices contributor) and his colleage Kiril Aramov, a fellow at the Intelligence Studies Project at the University of Texas, Austin, have been studying right-wing extremist groups in Bulgaria under the banner of the Borderline Watch Project.

In May 2019, Trad and Aramazov published a research study titled “Self-Appointed Defenders Of “Fortress Europe”: Analyzing Bulgarian Border Patrols” on the renowned open source investigative journalism site Bellingcat. The pair are also in the process of writing a book.

Global Voices spoke with Ruslan about their work.

Global Voices: Who exactly are the groups you studied?

Ruslan Trad: Our research has been on the proto-militias that patrol the Bulgarian-Turkish border—the so-called Shipka Bulgarian National Movement (BNO). In 2016, I published an article on these militias on Global Voices that formed the basis for the Bellingcat study.

Since 2016, these patrols have turned from “migrant hunters” into proto-militias with links in far-right circles across Europe. Today, the organization conducts training camps, trainings, and attracts young people to their cause. Our investigations of their paramilitary training camps revealed that the Bulgarian groups serve mainly as hosts. Participants in the camps include citizens of Denmark, Romania, the UK and other countries, who receive training from Russian military instructors. So the goals of these groups are also global in scope. 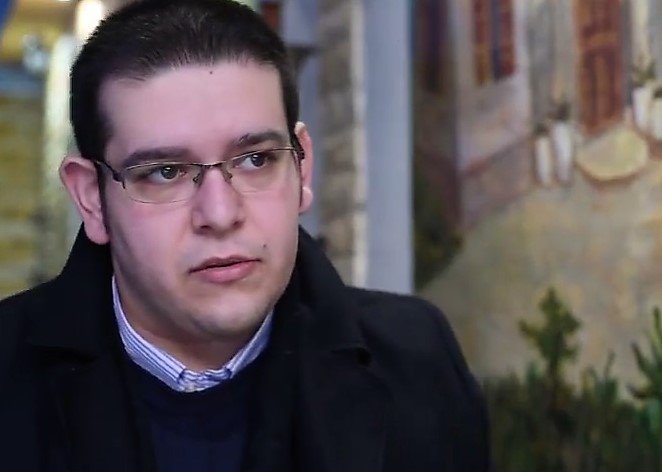 GV: How would you characterize the BNO’s ideology?

RT: Our research shows that the members of such groups don’t necessarily believe the narratives promoted by their networks about “migrant invasion”, “islamization” and similar ideas. Besides, at present there are only about 600 refugees in the country; even at the peak of the refugee crisis all the migrants who entered Bulgaria could have been housed in a few apartment blocks.

Political and media rhetoric created an image of fear which was exploited effectively by these movements. A member of one such group laughed in my face when I asked him about what they describe as a “migrant invasion.” He said: “[Europe has] 500 million people and hundreds of years of history. A mere one million refugees can’t change that. All the migrants in the world can’t change that. But some of us really believe there’s a danger—that’s a good stimulus for building partnerships. People who are confused are easily guided.”

Their members believe that the state is not doing its job, that we are facing the Apocalypse, as represented by the refugee crisis. They justify their existence by talking about the “inadequacy” of the government. The BNO organization itself openly calls for a change of political order and does not approve of the Constitution.

BNO is also sympathetic to the Syrian government and has participated in joint demonstrations with members of pro-Assad Syrians in Varna.

GV: What’s do Bulgarians think about the BNO?

RT: Many Bulgarians consider BNO a group of unbalanced people who imagine themselves to be defending Bulgaria against the “invaders” coming across the Turkish border. Although a considerable part of Bulgarian society is looks at events at the border with concern, few would engage in extreme and violent actions personally.

For four years now, however, the BNO has been able to conduct its border patrols and run its traning camps without serious action being taken against it, even though its members have been involved in a clash with Ukrainians in Burgas, and have harassed and threatened journalists and public figures.

GV: What takes place in the training camps?

RT: The camps train participants in military and political skills. In the regions where the BNO operates in Burgas and Strandzha, military instructors, members of far-right groups from European countries and other personalities arrive, who in any other situation would elicit a response from the security forces. This includes a prominent Russian military instructor. In a video published in May, the BNO defends the presence of this instructor, claiming he was “on holiday in Bulgaria.”

Although it is unclear how many far-right extremists have been trained in Bulgaria, the intelligence services are aware that these things are happening. Some members of these groups post pictures of their visit to Bulgaria. One of these pictures shows the AR-15, a weapon produced in Bulgaria by Arsenal. Brenton Tarrant, who killed 50 people in two New Zealand mosques in New Zealand, used an AR-51.

There are intelligence reports stating that Tarrant visited the Balkans region months before the massacre in Christchurch, and had ties with the local nationalist groups and was inspired by the BNO and Serbian nationalist groups.

Trainees in these camps include people with ideological leanings similar to Tarrant, who is said to have inspired the shooter who recently killed 20 people in El Paso, Texas. The perpetrator of the August mass shooting in Dayton, Ohio also seems to have been inspired by such groups. Far from being “lone wolves”, these individuals are often connected to right-wing groups in other countries in a kind of extremist international.

Both the El Paso and Ohio attackers, for instance, were fans of Anders Breivik, the Norwegian far-right terrorist who killed 77 people in 2011. Brevik was linked to the Knights Templar International (KTI), which has been collecting bulletproof vests and other gear to help the Shipka Bulgarian National Movement (BNO Shipka) in the Strandzha Mountain region, on the border between Bulgaria and Turkey. (The Knights Templar, the Catholic military organization, has denied any connection with the KTI, saying that there were other smaller groups with the same name).

The KTI has strong ties in Eastern Europe, the United Kingdom and the United States. They are highly anti-democratic, anti-Semitic and Islamophobic, and maintain close contacts with Russian groups via far-right forums such as the International Russian Conservative Forum. Hungarian media revealed the organization's intentions to ally itself with radical factions in and in the Republika Srpska and Kosovo they have had clashes with the authorities.

GV: How has your research been received in Bulgaria?

RT: Our research was and still is largely ignored in Bulgaria, but it gained high visibility abroad. But both of my colleague and I have received threats from far-right extremists because of our work.

GV: What conclusions do you draw from all of this?

RT: The conclusions are not pleasant. Far-right extremists are coming to Bulgaria, receiving military training from a man linked to Russian military intelligence right under the nose of the Bulgarian government. These people are stockpiling weapons—for what reason, it's unclear. They conduct military tactics meetings and trainings in secret. Research studies have also shown that far-right groups have a unified ideology and have strong transnational communications networks. This goes against the widely-shared theory of the self-radicalized extremist. The recent attacks by far-right extremists in the US show us the extent of the problem, and how dangerous it is for the authorities to keep ignoring it.