Remembering the 1968 Soviet invasion of Czechoslovakia 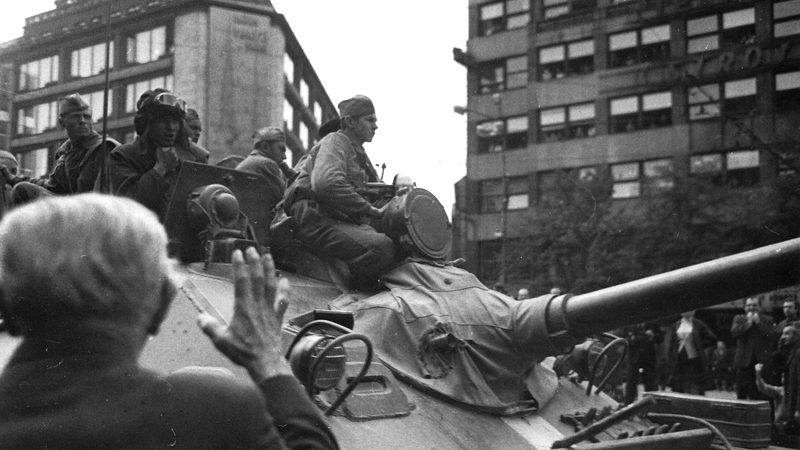 Soviet tanks in central Prague on August 21, 1968. Photo by Václav Bradáč, used with permission from the Czech Institute for the Study of Totalitarian Regimes

History is the version of past events that people have decided to agree upon, Napoleon Bonaparte once said. In the Czech Republic, conflicting views about the meaning of the 1968 invasion of Czechoslovakia by Soviet troops are gradually eroding what was a largely consolidated narrative of condemnation since the fall of communism in 1989.

Moscow was concerned that political reforms taking place in Czechoslovakia in 1968, known as the Prague Spring, could undermine the Communist Party’s grip over society, and would set a precedent for liberalization of other countries under Soviet dominance in Central and Eastern Europe. On the night of August 21 of that year, Soviet troops, aided by the other members of the former Warsaw Pact, invaded the country.

Until the fall of the Soviet Union, the official narrative was that Czechoslovakia had been “liberated” by Warsaw Pact troops after having fallen victim to a Western plot to overthrow the communist government. Photos or film footage depicting resistance to the so-called liberation were banned, and destroyed if discovered. Owners of such documents were at great risk if found out, and thus kept them hidden.

But the memory of those events was passed on orally to trusted family members and close friends. From the 1990s, the official narrative flipped: August 21 has been marked in the Czech Republic by extensive media coverage as well as demonstrations in major cities.

More recently, open-air exhibitions of previously unseen, often hidden photos and film footage became more common, and data about the events of 51 years ago continue to surface: while it had long remained unclear how many people died as a result of the invasion, new historical research updates the total to 137 Czech and Slovak victims.

But cracks in that narrative are now slowly beginning to show.

Most notably, the current pro-Russia president Miloš Zeman says little on the issue. He joined the Czechoslovak Communist Party in 1967, and claims that he was expelled in 1970 for condemning the 1968 invasion. However, last year, which marked the invasion's 50th anniversary, he refused to speak publicly or to acknowledge the event.

His silence seems to echo the views of contemporary Russian public opinion, which is either unaware or supportive of the 1968 invasion, as public polls indicate.

Today, activists are using a variety of strategies to keep the memory alive in the public consciousness, including reinvigorating old collections and archives of photos, films, and music from that period, using interactive maps, and multiplying street action to revive historical memory for younger generations.

Last year, the Prague City Hall organized an exhibition of 21 telling pictures by various photographers of the 1968 invasion presented together for the first time, showcasing the violence of the military intervention, resistance by Prague residents, and the depth of the political crisis.

The Institute for the Study of Totalitarian Regimes, a research and education foundation, also maintains and updates photo archives testifying of the growing body of now available photos: 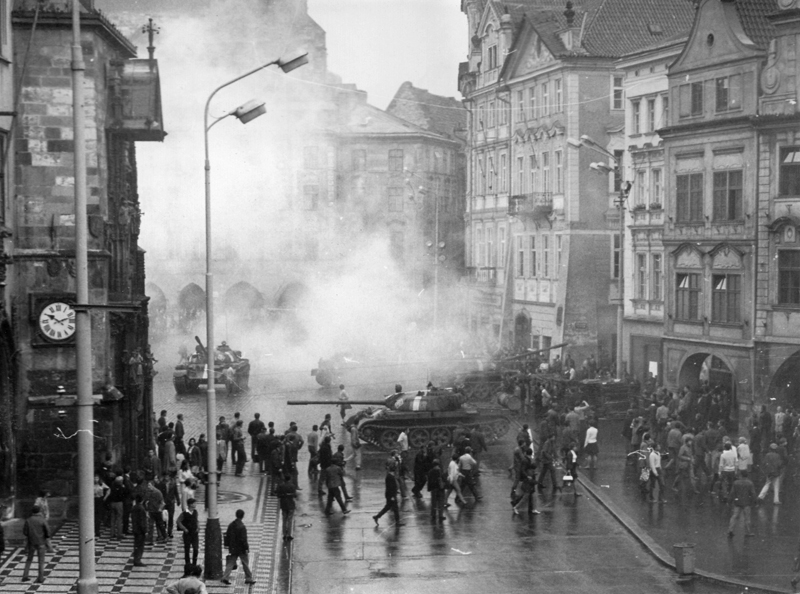 Soviet tanks on the iconic Old Town Square in Prague on August 21, 1968. Photo by Václav Bradáč, used with permission from the Czech Institute for the Study of Totalitarian Regimes 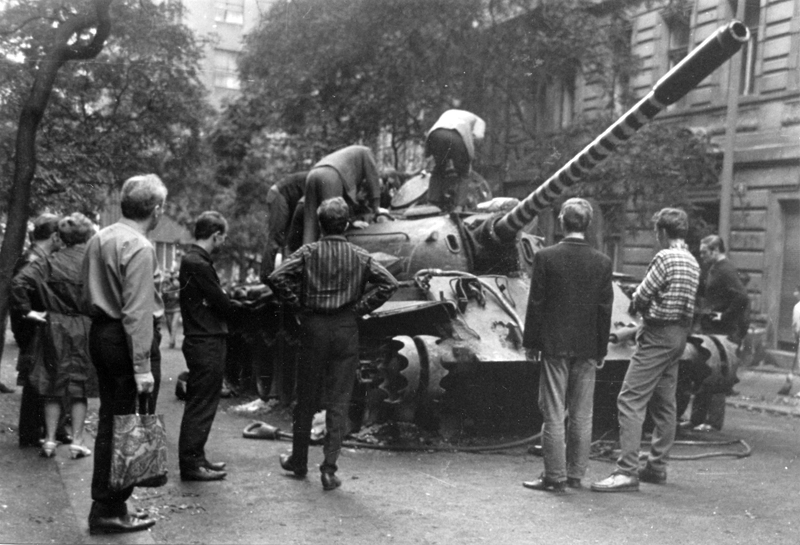 Prague residents surrounding a Soviet tank. Photo by Václav Bradáč, used with permission from the Czech Institute for the Study of Totalitarian Regimes.

In 2016, a short film was released presenting newly discovered footage of Prague residents setting Soviet tanks on fire, demonstrating on the streets, and gathering around a radio station that would become a center of resistance. Affiliated radio journalists opposed the censorship and informed the population about what was happening in the city until they were shut down by the Soviets.

Activists are also taking a creative approach to portray the events in more attractive ways to young people. For example, this longer film mixes film footage and photos with popular Czech and Slovak songs from the Prague Spring period.

Music played a key role at the time as political reforms allowed for greater tolerance of songs and music that outside of the frame of socialist ethics, and included elements of Western rock, punk, and jazz. Musicians who openly supported the Prague Spring and opposed the 1968 invasion had their careers cut short after August 1968, or had to go entirely underground.

Another initiative is the online map celebrating the 137 victims who fell in the days around August 21 uploaded by the Institute for the Study of Totalitarian Regimes.

On August 21, 2019, opposition political parties, as well as activist movements, held several demonstrations across the country to condemn the 1968 invasion, as well as the silence of the top leadership of the government, namely President Miloš Zeman and Prime Minister Andrej Babiš.

One such group is the citizen movement One Million Moments of Democracy, which held the biggest anti-government demonstration since the 1989 Velvet revolution on June 23. Today, it organized a march of several thousand people that started on Prague's Wenceslas square, a traditional space for protests and commemorations. The march paid tribute to the 1968 events as much as it bashed Zeman and Babiš.

In the photo below, the red underpants are a reference to the work by Ztohoven, a group of activists whose name can mean “out of it,” but also “one hundred shits” (written differently but pronounced similarly in Czech). The round sign on the right is also a play with words using the first name of Zeman in a tweaked form of the expression “lick my ass” (vyliž mi prdel in Czech). 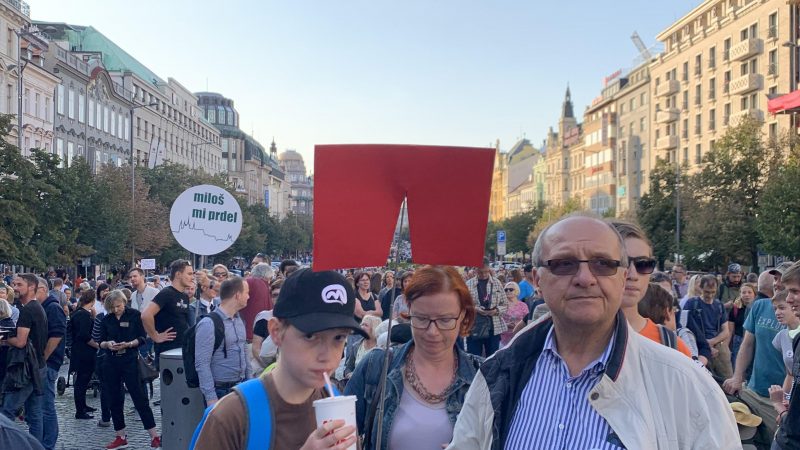 Czech demonstrators of different generations joining the march organized by the Million Moments for Democracy movement to commemorate the 1968 invasion. Photo by Filip Noubel, used with permission.

The march passed in front of the headquarters of the Communist Party of Bohemia and Moravia, which doesn't clearly condemn the invasion and refuses to use the term “occupation” to describe the post-August 1968 period (even though the Soviet Union maintained military bases in Czechoslovakia from 1968 until 1991). In the 2017 parliamentary elections, the party obtained seven percent of the votes.

Protestors then distributed chalk and encouraged everyone to leave messages on the pavement to express their views. On the picture below, three key dates are presented: 1948, which is when the Communist Party took over post-war Czechoslovakia, 1968, the date of the invasion, and 1969, the date when Czech student Jan Palach immolated himself to protest against the 1968 invasion. 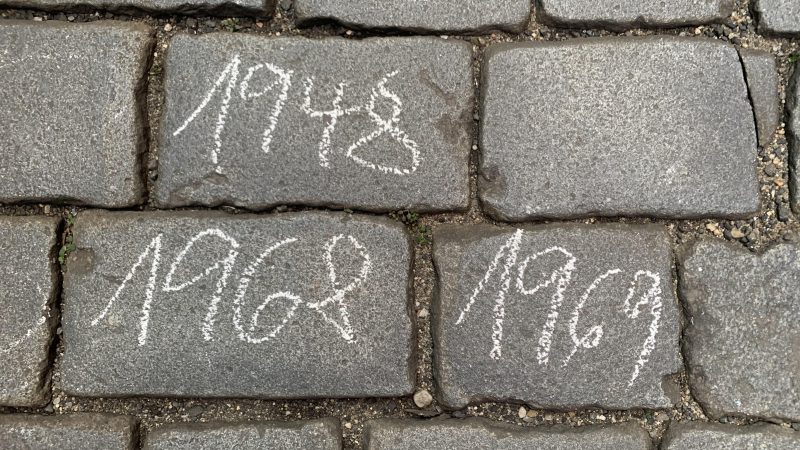 The battle for the memory will need to be waged even more creatively in the years to come if younger Czechs are to know what happened on a certain night from August 20 to 21, 1968. 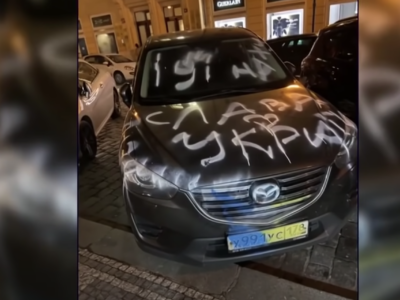 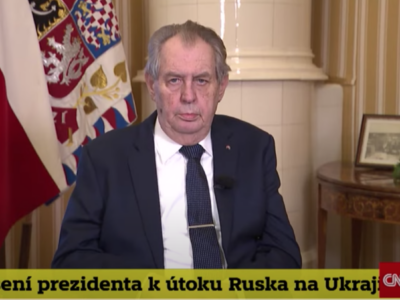 Unexpected reaction in Prague after Russia's invasion of Ukraine 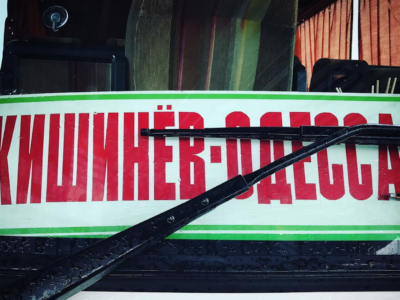