As a top government official is arrested in Trinidad & Tobago, the corruption debate rages

The arrest has sparked a national debate about political corruption 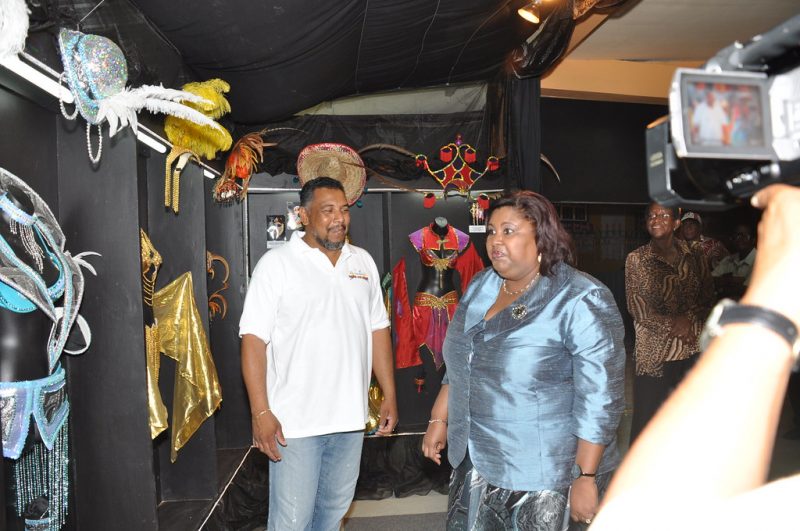 Trinidad and Tobago member of parliament Marlene McDonald, who held the portfolio of Minister of Public Administration, was arrested in Trinidad on August 8, 2019 on corruption charges. McDonald, who was also dismissed from her position as deputy political leader of the governing People's National Movement (PNM), faces several criminal charges, including money laundering, conspiracy to defraud, and misbehaviour in public office.

McDonald is not a stranger to controversy. In early 2016, she was fired from her position as Minister of Housing and Urban Development after allegations that she was misusing her position. On that occasion, she was accused of granting her common-law husband a house through the state housing agency; of offering him and other relatives jobs in her constituency in breach of ministerial hiring procedures; and of starting a non-governmental organisation in order to gain access to public funds.

Despite the poor optics, Prime Minister Keith Rowley appointed McDonald Minister of Public Utilities on June 30, 2017, a job she held for mere days: she was fired soon after her swearing-in ceremony, thanks to the public outcry over the presence of a “community leader” (a popular local euphemism used to describe gang leaders) who posed with McDonald in photographs at the President's House.

Yet McDonald was again rehired: she began working in the Ministry of Public Administration in April 2018:

FOCUS: Recently dismissed Port of Spain South MP Marlene McDonald has held three ministerial positions within the Keith Rowley Administration – the shortest of which was just two days; here's a look at her ministerial timeline from September 2015 pic.twitter.com/Io1rBHX1uR

Four others were arrested along with McDonald: her common-law husband Michael Carew, and three friends (Victor McEachrane, Edgar Zephyrine and Wayne Anthony). All four are tied to the initial accusations that came to light in 2016. At the time, an investigation of the allegations by the country's Integrity Commission did not find “sufficient evidence”.

A more recent investigation undertaken by the Pro­fes­sion­al Stan­dards Bu­reau (PSB), however, found sufficient evidence by tracing money from the NGO to the suspects’ personal accounts. All of the accused were arrested on the same charges: defrauding the government by procuring public funds via the Calabar Foundation, and money laundering.

McDonald was also charged with misbehaviour in public office. Her bail was set at TT $2 million (approximately US $295,000), but before she could make a court appearance she fell ill and was admitted to a private hospital. On August 12, 2019, all four accused were granted bail.

What has the reaction been?

McDonald's arrest has put her back in the national spotlight, sparking a general debate about corruption in the country. In Transparency International's 2017 and 2018 Corruption Perceptions Index, Trinidad and Tobago was Number 41 out of 180 countries, a slide from 2016's score of 35.

Leader of a new youth-based political party, Nikolai Edwards, commented that it was good to see the police going after the “big fish”, referencing a common public perception that while corruption is perceived to be rampant, those suspected of it are rarely arrested. Hailing the work of the Commissioner of Police and the Professional Standards Bureau, he added that McDonald and other corrupt public figures deserve no sympathy.

Opposition Leader Kamala Persad-Bissessar said McDonald is entitled to a fair trial, while the prime minister noted that “no one is above the law” and that her arrest should be seen as a bright hope for the country.

The public, however, remains incredulous, as McDonald was allowed to be in public office for so long. Some social media users questioned the political culture of enabling:

One Twitter user suggested that by not speaking out against corruption and entitlement, citizens themselves were part of the problem:

The fact that people want Marlene McDonald to get special treatment (even tho is ALLYUH money she thief) cuz she’s an MP is EXACTLY what is wrong with Trinidad and Tobago. Bunch of enablers.

Nevertheless, McDonald's arrest is an important moment in Trinidad and Tobago's politics, with many hoping it will be the first of many as more corrupt leaders are called to account. Several netizens view the minister's detention as a small but vital step in dealing with a larger national problem.

McDonald and her co-accused will go back to court on September 9, 2019.