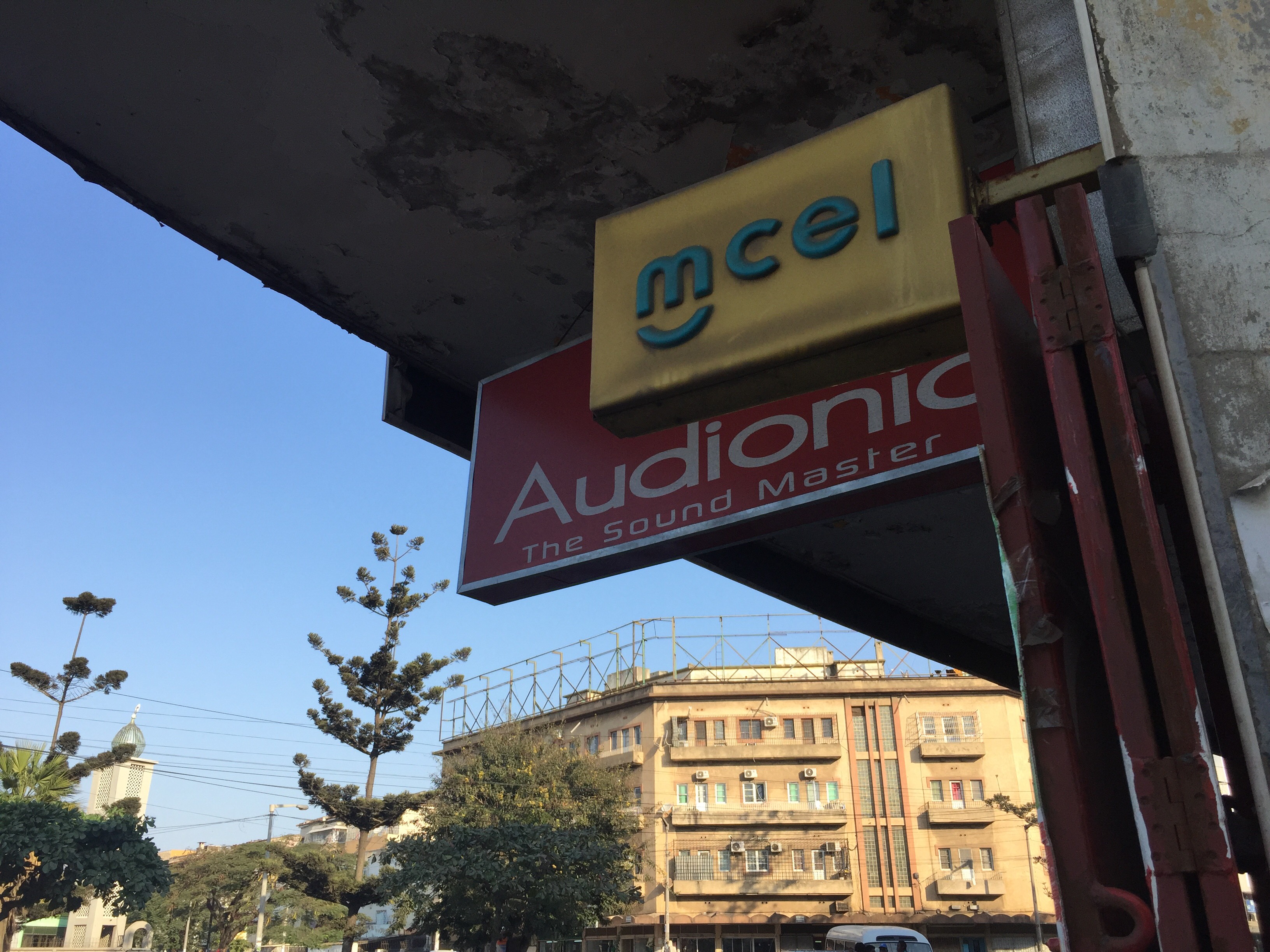 mCel, is one of Mozambique's three mobile operators ordered by the government to register SIM cards. Photo: Dércio Tsandzana, July 16, 2019. Used with permission.

Mozambique is pushing for the registration of prepaid SIM cards despite concerns related to privacy and the measure's potential interference with election monitoring efforts.

On 28 June 2019, the Mozambican Communications Authority (ARECOM), a public entity that regulates the postal and telecommunications sectors and manages the radio frequency spectrum, launched a 10-day ultimatum for operators to urgently register all users of prepaid SIM cards. According to the newspaper O País:

In three letters sent by the Mozambican Communications Authority to Vodacom, TmCel and Movitel, the regulator accused the mobile operators of violating the regulations for registration and activation of the SIM card subscriber identification modules, approved by Decree No. 18/2015, of August 28.

In the letters, the regulator issued five notes to the operators, through complaints from customers and the Defense and Security Forces that there are unregistered and/or irregularly registered SIM cards in the market.

1-Block all unregistered and irregularly registered numbers within 10 days from the date of receipt of this letter, according to the Article 6 (a) and (b) of the above mentioned Regulation.

2 – Ensure compliance with Article 11 (1) which stipulates that “operators and providers of public telecommunications services, as well as sales agents or distributors are authorized to register SIM cards”.

3 – Collect all SIM cards that are outside the official establishments of the operators, agents and distributors, because they are not under the conditions set out in paragraph 2 of the regulation.

4- Block all numbers that violate the recommended in paragraph 3 of article 10, of the above mentioned legislation.

5- Inform subscribers to regularize their situations.

This push dates back to 2010 when the government led by then-President Armando Guebuza approved a ministerial decree that required users of mobile phones to register their SIM cards within a month.

The decree came in the aftermath of violent demonstrations that took place in the capital Maputo against high living costs. The protests caused at least 13 deaths, as well as a scenario of destruction in the Mozambican capital city.

During those demonstrations, protesters used mobile phones and social networks to invite people to the streets.

At the time, concerned bloggers and netizens viewed the decision as an intimidation attempt, as referenced in the blog entitled Reflectindo sobre Moçambique (reflecting about Mozambique, in Portuguese):

We want to ask why only after a demonstration, promoted by sms, the government want to block the services of mobile communication? Why they did not do it when the Deputy José Mascarenhas was threatened by sms and later and then assassinated?

A subsidiary of Vodacom Group, which is partially owned by the multinational corporation Vodafone, Vodacom Mozambique provides voice and internet services in Mozambique since December 2003.

TmCel or Moçambique Celular is a state-owned company that was founded in November 1997. It was the first mobile communications company to operate in Mozambique.

Movitel is a joint venture between the Vietnamese company Viettel and Mozambique's SPI (Management and Investment), which the Mozambican market in 2010

Although the initial deadline to register the SIM cards was extended by one month to January 7, 2011, and a second ministerial decree was issued in 2015, none of Mozambique's three telephone operators, namely Vodacom, TmCel and Movitel, canceled the unregistered SIM cards, prompting the government to issue its June 2019 ultimatum.

TmCel and Movitel accepted the ARECOM ultimatum to block the unregistered numbers, as reported by O País.

On July 15, the electronic newspaper A Carta revealed that all three operators were the target of a hearing by the National Criminal Investigation Service in the northern city of Nampula to investigate irregularities in SIM card registrations.

According to the Privacy International, SIM card registration ”undermines the ability of users to communicate anonymously and one’s right to privacy”:

This poses a threat to vulnerable groups, and facilitates surveillance by making tracking and monitoring of users easier for law enforcement authorities.

Mobile phone use in election monitoring

The Mozambican government's latest ultimatum came just a few months before the country's general elections this year, scheduled for October 15. Mobile phones have proved to be an essential tool for election monitoring in Mozambique, where citizen observers use them to send photos and videos that can illustrate issues on election day as well as contribute to the transparency of the voting process.

As a result, measures aimed at blocking unregistered prepaid SIM cards could affect citizen participation during the elections. Authorities will be able to identify owners of registered SIM cards as well as infer or trace whoever is making a call or sending an SMS.

In 2014, the use of mobile phones enabled electoral observation through digital and mobile platforms such as Citizen's Eye and Txeka-lá. In the 2018 municipal elections, the Votar Moçambique web platform and its mobile app were used by electoral observers to monitor the election in many cities of the country.

This year, a number of civil society organizations are also preparing to monitor the elections through digital platforms, including the Center for Democracy and Development, the Citizen's Eye and the Center for Public Integrity.

The Eye of the Citizen and Txeka-lá use the Ushahidi platform (meaning “testimony” in Swahili), which allows citizens to send alerts about elections, as well as voice and SMS messages, to the ”situation room”. Most recently, the Center of Support on Information and Community Communication (CAICC) — a civil society organization, based in Maputo, launched a designated platform called Othanla (“choose”, in English). The platform, which is designed entirely for Android mobile devices, will enable its users to share and receive real-time information related to the upcoming elections, including the voting process and the results.

However, the number of mobile phone users in Mozambique continues to grow. According to Hootsuite, mobile phone penetration was estimated at 46 percent (14 million of the total population) in January 2019. According to the same source, in January, ninety-four percent of mobile internet connections were prepaid, and of Mozambique’s 2,5 million active social media users, 2,20 million were mobile social media users.