Will Zimbabwe succeed in overturning a ban on the ivory trade? 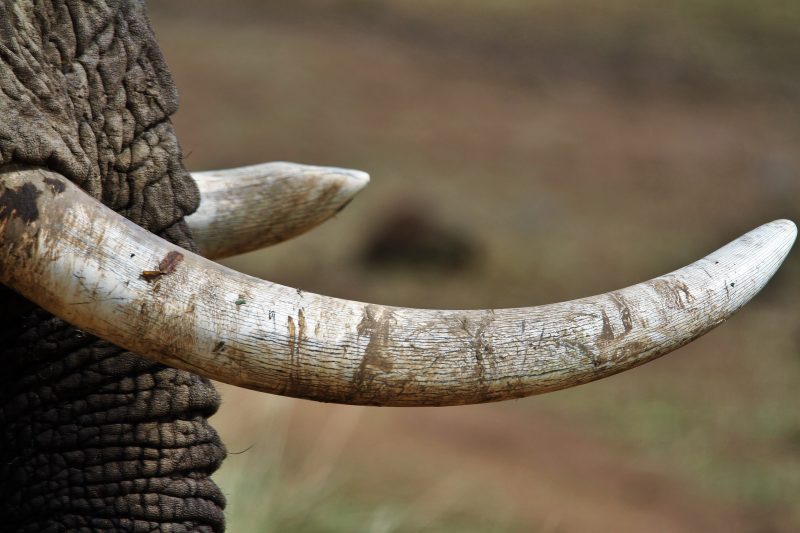 Photo by Pawan Sharma on Unsplash.

Zimbabwe, along with three other Southern African nations, has submitted a proposal for the Convention of International Trade in Endangered Specials of Wild Fauna and Flora (CITES) to be amended to allow trade in ivory. The proposal will be debated during the meeting of the CITES Conference of Parties (CoP) taking place in Switzerland from August 17-28. Zimbabwe has hinted that it will withdraw from CITES if the proposal is rejected.

The proposers’ argument is that southern Africa has plenty of elephants—Zimbabwe has the world’s second largest population—and the ivory trade should be allowed to continue. Cash-strapped Zimbabwe also has a stockpile of ivory seized from poachers valued at $300 million which it is forbidden to monetize under the current rules. The proposed amendment seeks to permit trade in ivory carvings and “registered raw ivory”, including “whole tusks and pieces”, subject to certain conditions. It includes a provision stating that proceeds from the ivory trade would be “used exclusively for elephant conservation and community conservation and development programmes within or adjacent to the elephant range.”

Globally, there is no consensus on the best solution for protecting elephants. There’s also a lively political debate around whether or not the commercial trade of ivory could in fact benefit the animals. Some countries and organizations advocate for “non-consumption use”, while others—Zimbabwe included—believe that wildlife should pay for their own protection costs.

To understand the context, it’s important to examine the current status of elephants under CITES and the solutions currently being explored to protect them from poachers and from extinction.

Under CITES, African elephants are listed under two different appendices – Appendix I and Appendix II. Species listed on the former can be traded internationally, but not for commercial purposes. Species on Appendix II are not necessarily considered “endangered”, and may be traded for commercial purposes, including live animals and sport hunting, but are monitored for changes in the impact of trade on their survival. Both appendices prohibit the commercial trade in ivory.

How the demand for ivory got out of control

Just a few decades ago over a million elephants roamed the African continent. Today, thanks to the demand for ivory, elephants are walking the road to extinction—the population today is estimated at about 625,000.

To figure out how we got here, we have to turn the clocks back to the 1970s, when the demand for ivory skyrocketed. In response, CITES officially banned trade in ivory in 1989, but in 1990 and 2008 allowed the one-off sale of government-owned ivory stockpiles owned by Appendix II nations to designated trade partners Japan and China.

The aim of the exercise was to flood the market with ivory in the hope of reducing demand—but it did quite the opposite, triggering an escalation in elephant poaching. There’s a strong likelihood that this new proposal, if agreed to, will do the same, as southern African nations are already experiencing a poaching crisis and an increase in illegal trade.

Can Zimbabwe withdraw from CITES?

There is nothing preventing Zimbabwe from withdrawing from CITES if the proposal is rejected. But the assertion by the government that it will do so has not sat well with conservationists, especially when the underlying reasons are considered.

While Botswana has been the target of much recent angst regarding elephants … bad news also coming from Zimbabwe. They want to sell their ivory stockpile and leave CITES to do it. Awful! https://t.co/ruyXWnbhn1

Article XXIV of CITES provides for any party to be able to withdraw from the convention through a process of denunciation. In the entire history of the Convention only one country has ever done this—The United Arab Emirates, which withdrew in 1988 then signed on again in 1990.

If Zimbabwe does withdraw, it could theoretically sell its stockpile of ivory without the interference of CITES regulations, but it would also face serious obstacles. Zimbabwe could, for instance, find that prospective buyers have banned commercial trade in ivory (as China did in 2017), or been subjected by CITES to suspensions prohibiting commercial trade.

Moreover, the power dynamics under CITES are such that rich and powerful nations could punish smaller ones. It is not just western countries, however, arguing against Zimbabwe’s proposed amendment. The Kenya-led African Elephant Coalition (AEC), a consortium of 32 African states are also strongly opposed.

For the ivory trade proposal to pass, Zimbabwe would need a two-thirds majority vote at the CoP18 meeting currently in session. Proposals have been rejected before, and it could be argued that this one is even more likely to fail based on the fact that illegal trade is ongoing.

Zimparks DG, Fulton Mangwanya implores parly to do all it can to engage the international community in order to block an attempt to abuse the CITES process through interference in the sustainable management of wildlife particularly elephants, whose population is 84 000 in Zim. pic.twitter.com/oXEdjw1K7u

Being a party to CITES means that a state relinquishes its sovereign-right claims and becomes legally bound to CITES decisions. It is no secret, however, that conservation is very expensive. The Zimbabwe Parks and Wildlife Management Authority (Zimparks) lacks  financial resources and is not government-funded. A scarcity of staff, especially field rangers, makes wildlife highly vulnerable to poaching.

“Let those who forbid us to sell (ivory) give us money to manage our parks,” said Zimparks spokesman Tinashe Farawo in a recent interview with Agence France Presse. “The CITES should regulate the trade in endangered species, if there is no trade at all, it is no longer useful.”

The argument is that instead of simply prohibiting Zimbabwe from selling its ivory, a feasible solution should be offered. One solution could be to create a fund specifically to assist poor nations in managing their elephant populations. In such as case, CITES parties would have to agree on how funds would be acquired and put in place measures to ensure that receiving parties use the funds for elephant conservation.

A vote of no confidence?

There is much debate about the issue online in Zimbabwe, with some petitioning for a vote of no confidence to be passed against CITES on the grounds of ineffectiveness—while the Convention has been in force since 1975, petitioners argue, the illegal wildlife trade is very much alive today.

But people also need to understand how international Conventions and international law work. CITES is a global agreement between governments, not an organization. Its focus is very narrow, confined to regulating international trade in listed wildlife species only, nor does it protect habitats. One cannot simply pass a vote of no confidence in CITES and expect the Convention to be dissolved, as its dissolution is governed by a treaty.

Under CITES, the European Union (EU) wields great influence as a voting bloc, with its 27 member states, and could very well be the deciding factor in any proposal. At previous CoP meetings the EU has expressed the view that a “balanced position” should be taken and that range states should be deferred to, suggesting that it was not entirely opposed to the ivory trade as long as it did not facilitate illegal trade in wildlife.

Regarding the current proposal, however, the EU has made its position quite clear, stating in a recent press release that:

“On 8th June the Council of Environment Ministers agreed to support the transfer of the African elephant to Appendix I of CITES and called on the Commission to propose measures for an immediate import ban on ivory.”

Whether the ivory trade proposal will pass, and whether Zimbabwe will withdraw from CITES if it doesn't, will be seen when the CoP meeting concludes on August 28. But at the centre of it all is Africa’s dwindling elephant population—for whom the ivory trade is literally a matter of life and death.