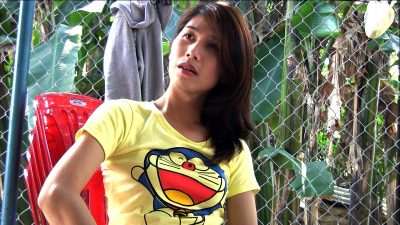 Living as an LGBTQ+ person in a Communist society often means the state determines to what extent one can be visible in public space.

While this identity is purely denied in North Korea, and admitted only in the private sphere in China, Vietnam presents an interesting example of growing tolerance and increased visibility for LGBTQ+ people, including in media.

One telling example is the 2015 documentary movie “Finding Phong“ that portrays the daily life of a Vietnamese transgender woman.

As Le Anh Phong, the main character in the film, and Gerry Herman, the producer of the movie, came to Prague in July 2019 to screen their movie and discuss it with Czech and Czech-Vietnamese audiences (over 80,000 people of Vietnamese origin live permanently in the Czech Republic, close to one percent of the total population,) I interviewed both of them to understand changing attitudes towards the LGBTQ+ community in Vietnam today.

The interview with Le Anh Phong was done with the help of a translator.

Filip Noubel (FN): How would you describe the situation of the LGBTQ+ community in Vietnam today?

Le Anh Phong: There is undoubtedly a growing emergence of this community. The first reason is due to the role played by the media that now openly covers LGBTQI+ issues, including inside the country. The second reason is that the Vietnamese National Assembly will review a draft law that would guarantee medical support to citizens requesting sex reassignment. This has created a flow of public and online discussions.

Gerry Herman: The LGBTQI+ rights movement has also been actively supported by international organizations and several embassies, including those from the United States,  the Netherlands, Germany and Canada. A number of trainings, campaigns, study tours have been organized, and this has changed the general atmosphere. My impression is that Vietnamese authorities do not view LGBTQI+ issues as particularly sensitive or overly political.

FN: What is the situation for transgender people who face an entirely different set of challenges in daily life?

Le Anh Phong: In Vietnam, there is a lot of confusion within the public opinion about a set of different laws that affect the transgender community. First, in November 2015, a law was passed that changed provisions in the Civil Code allowing people who had a sex change to register legal documents under their new gender. This became effective as of January 2017. Now we are waiting for the next step: a law guaranteeing access to health care, such as hormonal therapy and psychological support. There is a draft of this law, and the National Assembly has announced it would review it by 2020.

Personally, I haven’t experienced much challenges: I still haven’t changed my legal documents, so very often officials at the bank or at the airport asked me why I still don't have new documents [reflecting my current gender]. In the end, they do provide the services I require from them.

FN: What inspired you to tell your personal story in a most public way: a documentary movie?

Le Anh Phong: When I started my transition, I had almost no information about the process. I did this movie so that others [the transgender community in Vietnam is estimated to reach nearly 300,000 people] would find out about the issues, the challenges, the solutions. The second reason is that I wanted to have memories of my own journey.

The most difficult part for me in the making of the movie was to introduce the camera in the privacy of my family, and have my family members get used to this intrusion. I wanted the whole thing to be humorous, so people would take it lightly. When we shoot the movie, I was working, so usually the filming happened after work, sometimes as late as 3 a.m. I was very tired, but I wanted the film to capture the authenticity of the moment.

FN: What has been the reception of this movie inside Vietnam?

Le Anh Phong: Initially, the movie was shown only in international documentary film festivals outside abroad. But in 2018, it was shown for the first time in commercial cinema theatres in Vietnam. The reception was so positive and got such good reviews in the media and from government officials that the screening was prolonged for a second week. For me, the most positive aspect is that the audience is no longer not limited to LGBTQI+ community. In fact, parents came and stayed during the entire film, which I did not expect.

Gerry Herman: It was also the first documentary movie played in commercial cinema theaters in Vietnam. Amazingly, the censorship allowed nude scenes which are always taken out in films shown in cinemas in Vietnam. Perhaps because of the topic of the movie, the censors did not intervene, which is a rare precedent.

FN: How did you decide to make this movie as a film producer?

Gerry Herman: I met Phong at a social gathering, and I heard the following story: “everybody thinks I am a gay boy, but in fact I am a straight girl in a boy’s body.” I became fascinated by the story of a young boy who grew up in central rural Vietnam with no exposure to notions of transgender identity. When Phong told me she had contacted other transgender people telling her about the underground hormone market and contacts with cheap doctors in Bangkok, I proposed a deal: we would make a documentary about her journey provided she would agree to do the transition with appropriate medical support.

I also contacted a transgender filmmaker who alerted me about the pain that most transgender people experience in regard to their past. They usually burn pictures taken before their transition. For Phong, it was the opposite, she wanted the whole story to be captured. In the end, the real challenge was the editing: two years of filming ended with over 250 hours of footage.

FN: What are the chances that Vietnam could become the second country in Asia, after Taiwan, to pass same-sex marriage law?

Le Anh Phong: I was very happy when I saw the news in Taiwan because it is a place not far away from Vietnam. This means our lawmakers know about this law. Now transgender groups are also advocating for a same-sex marriage law, but the priority remains on the sex reassignment support law. People believe once this law has been passed, the same-sex marriage law will be much easier to adopt. The reality in Vietnam is that a lot of same-sex couples live together, but of course they have no legal protection of their rights currently.

Gerry Herman: There are two stages to a marriage in Vietnam: a “family marriage” and then a civil, government-registered marriage. Until five years ago, it was illegal to have a gay “family marriage,” the police would disrupt such ceremonies. Now it is not legal, but also no longer illegal, it is tolerated and we witness many gay and lesbian marriages. This indicates growing acceptance, including from the authorities.