On activism and the self 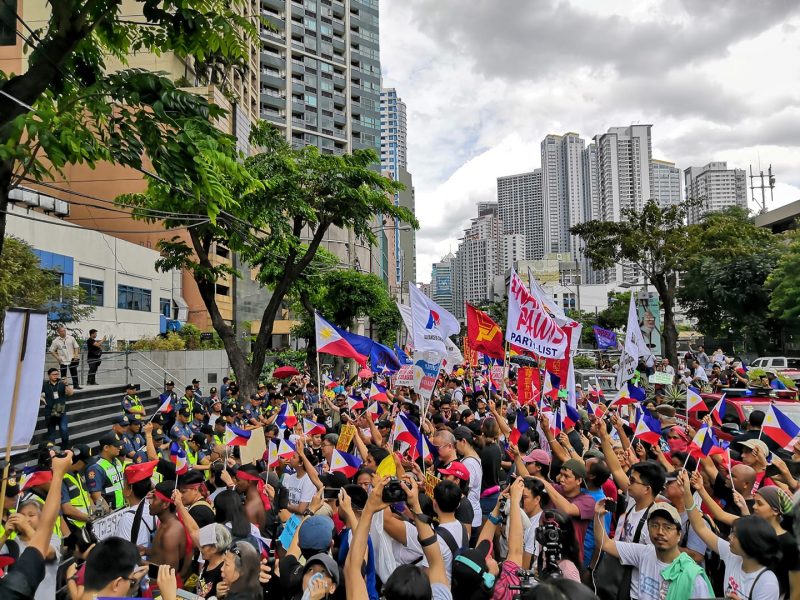 Activists held a rally during the Independence Day celebration in the Philippines to push for an independent foreign policy. Photo by Obet De Castro. Source: Facebook

The original version of this article was published on Bulatlat, an alternative news website in the Philippines.

Activists are often stereotyped as dogmatic philistines who derive a perverse pleasure from organizing and attending rallies. But while it is true that public participation in a collective exercise is a thrilling experience, especially if it involves the symbolic exorcism of society's villains, it is a mistake to reduce activism to mere attendance in anti-government protests.

Behind the instagrammable image of the fierce-looking individual with a clenched fist is a person who is constantly rationalizing and reaffirming their fidelity to radical politics. Activism is a political stance that aims to change the world and—more realistically but seldom acknowledged—the self. The broader goals of dissent are easily and widely depicted; what's harder to render visible is the almost miraculous transformation of the individual.

Anyone can sample the experience of being an activist by participating in political action with no commitment to the cause besides an ephemeral curiosity and a desire to engage in an unconventional activity. To engage in real activism, however, requires nothing less than a complete rethinking of one's concept of the self vis-à-vis political engagement. 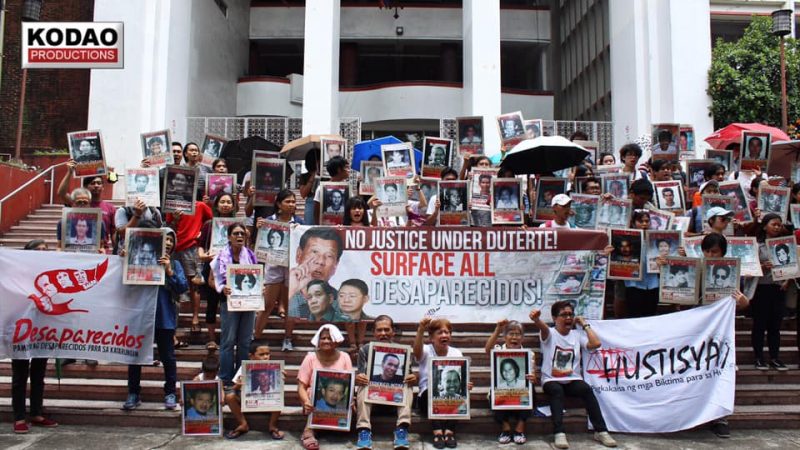 Thus, the first essential task of an activist is the remolding of the self. This is a daunting task involving a continuous process of learning and unlearning a particular worldview and a painful rejection of habits and desires necessary to succeed in the modern world. It requires a willful withdrawal from the ‘servicing of goods’ and the immersion of the self in the grassroots.

Intense politicization and the development of social conscience are sometimes mistaken for a lazy succumbing to brainwashing. But behind the façade of the tough and determined young activist is a person constantly grappling with conflicting thoughts and emotions. Can I survive this way of life? Am I really prepared to give up life's comfort and the chance to achieve fame and fortune in mainstream society? Are there no other alternatives that demand less sacrifice?

Even when political education is collectively pursued—through study sessions, community organizing, mass campaigns—it is still the individual who ultimately makes the choice of whether to go forward and embrace the challenges of being a radical. And the ambivalence lingers even after one has made the decision to pursue activism full-time. Imagine the alienation from family, friends, and the majority who thrive and derive enjoyment under the status quo; the always enticing and convenient option to abandon activism, reclaim one's old life, and redirect one's efforts toward working toward status and material riches.

The temptation to abandon radicalism arises every time the activist encounters an obstacle in political life—the failure of a mass campaign, the rapid deterioration of the national situation, state fascism, the demoralizing impact of partisan politics. The test of the true activist, therefore, is the ability not just to articulate a set of doctrines, but to be the person who shows up—and keeps on showing up—against all odds and in spite of detours in the journey, to affirm and reaffirm a commitment to radicalism.

The activist overcomes personal tragedies and stubborn doubts by merging the self with the collective pursuit of a new politics. It is easy to deplore this as a creepy subsuming of the self by an impersonal force (the Party, the Collective, the Masses). But this is not a loss of self so much the reemergence of the self in the context of a mass movement.

There the activist finds the following: a new purpose in life, the philosophical tools needed to see the world as it is and how it ought to be, fellow crusaders and revolutionaries, and a sense of duty to act resolutely. The activist inspiration from the resistance of the masses who have no other claim other than to break free from the bondage of poverty, injustice, and other preventable miseries, with newfound mentors in the form of activist farmers and workers who exemplify what it means to practice what we in the Philippines call “simpleng pamumuhay at puspusang pakikibaka”—simple living and intensive struggle.

Suddenly, the activist's life ceases to be a mere enumeration of daily hardships, as there is now a recognition that enduring these adversities may ease the suffering of others, and more importantly, hasten the emergence of a new world.

Focused on accomplishing a set of political objectives, from the seemingly trivial to the strategic, the activist's sense of fulfillment is anchored not in counting material acquisitions but in the holistic growth of the mass organization, and the notion that personal struggles are best addressed not by escape and isolation, but by taking part in the larger collective struggle to end human oppression in the company of strangers-turned-comrades.

The activist comes to life-affirming awareness that self-care enhances nothing meaningful unless it integrates the ethics of how to be a socially-committed individual. And activism, therefore, becomes a crucial link between the popular mantra of self-improvement and the more urgent task of advancing social transformation.