Who are the presidential candidates in Mozambique's October elections?

The campaign period will officially begin on August 31 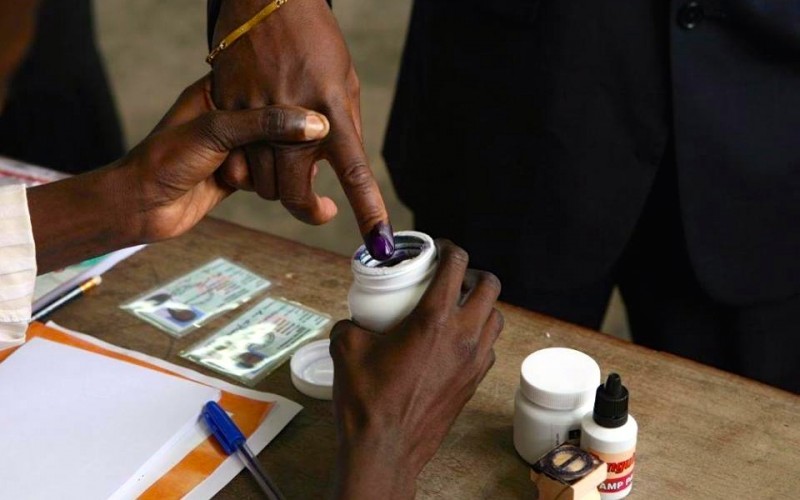 Elections in Nampula, 2013. Photo by Txeka, used with permission.

With less than four months until the October 15 general election, Mozambique recently met the candidates who will run for president.

Two potential candidates were excluded from the race: Hélder Mendoça and Alice Mabota.

Mabota is the first woman to ever attempt to run for president in Mozambique. According to the Council, she didn't obtain the minimum number of signatures to support her candidacy.

Many Mozambicans have reacted to her exclusion, as they regretted not having a woman running for the country's highest office. Adriano Nuvunga, University Professor and social activist, said on Twitter:

The rejection of #Alice Mabota's presidential candidate is a manifestation of #exclusion #politics and contrary to the spirit of #peace and #reconciliation.

The 2019 elections will be the first in which Mozambicans will vote for provincial governors. Currently, governors are appointed by the president.

Citizens will also elect the 250 deputies who will make up the next Assembly of the Republic.

This will be the sixth general election since the multiparty constitution was approved in 1992. The campaigning period will officially begin on August 31. Pope Francis will visit Mozambique on September 4.

Filipe Jacinto Nyusi, Mozambique's current president and chairman of the Frelimo party, is running for reelection. After five years of government (2015-2019), Nyusi is again entrusted by the ruling party for a second five-year term. Born in Cabo Delgado, in the north of Mozambique, Filipe Nyusi was Minister of Defense in the former government of Armando Guebuza (2009-2014). All Frelimo presidents before him have run, and won, reelection.

Ossufo Momade was elected president of Renamo, Mozambique's largest opposition party, following the death in 2018 of its former leader Afonso Dhlakama. This will be the first time since Mozambique's first democratic elections (1994) in which Renamo will run without its historic and popular leader. Dhlakama's death has challenged the party to create new leaders. Born in Nampula (northern Mozambique), Ossufo Momade has had various positions in Renamo, and was known to be Dhlakama's right-hand man for military issues.

Born in the central city of Beira, Daviz Simango will be running for president for the third consecutive time. Founded by Simango in 2009, the Democratic Movement of Mozambique is a breakaway of the Renamo party. Daviz has been the mayor of Beira for over a decade. He was last re-elected in October 2018.

Mario Albino is the president of the United Movement for Action and Integral Salvation, based in the northern city of Nampula. In 2018, Albino ran for mayor of Nampula, but lost after obtaining only 4.2 percent of the total votes. The AMUSI party is a breakaway of the MDM.