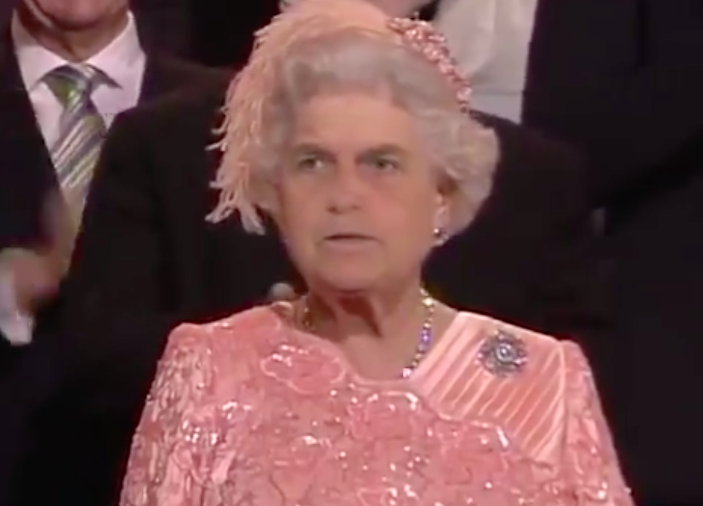 Bolsonaro's complaints about Congress having more power than him in certain decisions, and his self-comparison to the Queen of England, inspired one of Sartori's videos. Image: Twitter/Screenshot

In May 2019, a video showing Brazil's far-right president Jair Bolsonaro dressed up as Chapulin Colorado — a character from a 1970s Mexican TV show that is hugely popular in Brazil — went viral. In the video, Bolsonaro misquotes his own campaign slogan.

Obviously, the video was satire — Bolsonaro never dressed up as Chapulin Colorado. It was all the work of journalist and digital media editor Bruno Sartori, who used deepfake techniques to combine a clip of Chapulín with another of Bolsonaro speaking in a ceremony in Dallas, United States. Days before, the Brazilian president had been awarded “personality of the year” by the Brazilian-American Chamber of Commerce and, at his acceptance speech, in an apparent attempt to adapt his campaign motto to appease his hosts, he awkwardly said “Brazil and the United States above everything. Brazil above all” (the actual slogan is “Brazil above everything, God above all”).

People criticised Dilma's random speeches and then voted for BOLSONARO?

Deepfake is a machine-learning technique used to alter video content. Once a computer “learns” how a person’s facial expressions work, it's then able to replicate it onto someone else's body, usually with frightening accuracy. The term “deepfake” is used to refer to both the technique and the videos produced with it.

Bolsonaro's faux-pas inspired the 30-year-old to make the joke, as he told Global Voices via WhatsApp:

I got home, saw that Bolsonaro had mistaken his own slogan and saw similarities with Chapulín. I said: let’s see how that would look like. So, I added Bolsonaro’s voice over it, and since the timing was perfect, and [the Bolsonaro slip] had just happened, people liked it and the video had two million views in one day.

Sartori began producing satirical videos using deepfake in 2018. He usually faked his own face, and his videos would generally receive between 10,000 and 15,000 likes on private Facebook groups, along with thousands of comments, he says.

His first video featuring Brazil's president had Bolsonaro's face added to an orange fruit — the word “orange,” in Brazilian Portuguese, is an expression related to corruption schemes. The president eldest son and senator, Flávio Bolsonaro had been investigated for allegedly using laranjas in a money-laundering operation.

The deepfakes were just the latest step in Sartori's career as satirical video editor, he tells GV. He began editing videos 15 years ago, drawing on Windows’ Paintbrush, frame by frame, and then animating them on MovieMaker. After he bought a camera, he started to shoot videos too.

One of his inspirations back then was Brazilian cartoonist Maurício Ricardo, who did animations about subjects such as politics and the reality show Big Brother. Back then, Sartori used to create satirical videos commenting on issues about his hometown Unaí, in the state of Minas Gerais. The city has 75,000 inhabitants and is 970 km away from São Paulo.

When asked why the current president is his most recurring target, he explains:

Since he and his family are in the government now, and complete clueless, they provide me with ready-made jokes everyday. It’s really easy to create jokes with them.

It’s not a preference for Bolsonaro as a person, it's more because of the position he is in.

He says his videos are rooted in context and none is made by chance. Another one shows the president’s second son, Carlos Bolsonaro, a city councillor in Rio de Janeiro and his father’s close advisor, embodying a peacock costume. That is a reference to the “mysterious peacock,” the name of a rightwing conspiracy theory that claims that US journalist Glenn Greenwald paid Russian hackers to invade Brazilian authorities’ Telegram accounts.

Many news outlets have reported that Carlos is responsible for managing Bolsonaro's social media profiles. Some claim he was responsible for the infamous golden shower post during Carnival.

The tweet below references the popular show Game of Thrones as well as a handful of Brazilian recent news and memes.

All hail the Peacock Princess, from House of Rifle, the first of her plumage, heir to the niobium mines, queen of fake news, guardian of the hornet and cattle enchantress, moon's great duchess, raised with Amazon's platypus milk served in a penis-shaped baby-bottle #MisteriousPeacock

It takes up to four days to produce some of the videos. Sartori says he uses open source libraries, tutorials and friends’ tips for doing the videos, and works with programs such as Adobe Premiere and Photoshop. Recently, he has also began a crowdfunding campaign to buy a better computer.

[When Bolsonaro complained about National Congress having more power than him] Bolsonaro: Do they want to leave me like the Queen of England?
Me: God save the Queen!

As the deepfakes went viral, so did the threats against the author, as he says:

There were a lot of threats. They stole emails, tried to access my account from countries like the Netherlands, Thailand. I have the IP numbers, but there isn’t much I can do. On my cellphone, they’ve created new contacts and one of them said: Bruno Sartori was added to a coffin. On my DMs, fake profiles come up. I think it's natural. There are plenty of fanatics who follow Bolsonaro.

Sartori is not concerned about being sued either, and says that that would be wrong and hypocritical for a government that advocates against “political correctness.” One of his latest creations shows Bolsonaro singing a children’s song, according to him, a satirical commentary on the “childish manner” that the president governs.

Spotting deep fakes is an ongoing challenge for algorithms, but, when asked whether he is concerned about how the technology may be used to harm others, not only for fun, Sartori says:

It’s a promising technology. These are videos that people can observe that there is something else there. They are not made to forge a reality, but a certain situation, with humour and in a critical way.