Lebanon has a major garbage problem but a solution remains elusive after environmental activists protested against the government's plan to build incinerators, citing environmental and health risks.

The government then decided to postpone building incinerators made during talks held within the municipal council in Beirut, the capital, in July 2019 —nearly four years after people first took to the streets in protests.

In an interview with Global Voices, Sally Khourry, an environmental activist and political science student based in Beirut, says:

Lebanon does not currently have the technological capacity to safely dispose the harmful emissions created by incinerators nor can we expect authorities to enforce any laws or legal framework that would be needed to be set up to control incinerators.

Read more: For Lebanon’s elderly, the ongoing garbage crisis is a tight noose

The is the most recent in the government’s series of failures to solve the country’s waste crisis, which began in 1997, when they established Naameh, a landfill near a village in south Lebanon, — as a temporary dumping site. However, the government postponed its closure for nearly two decades until 2015, when activists forcefully shut down the site.

In an interview with Global Voices, Samar Khalil, an activist and an environment and chemical safety officer at American University of Beirut, says:

Naameh landfill which was supposed to last for [less than] 10 years, reached full capacity several years earlier and they kept expanding it till 2015 without taking any initiative to improve waste sorting and composting. People living in its vicinity eventually decided that they don't want to accept the expansion of the Naameh landfill anymore and they closed the roads leading to the site.

But the government, notorious for corruption and mismanagement in public sectors, failed to provide an alternative. For years, the government has disposed and burnt garbage anywhere and everywhere — including on city streets.

Soon after Naameh’s closure in 2015, a movement called “You Stink” (tul‘it rihetkun in Arabic) began by mobilizing activists — particularly youth — on social media and it quickly gathered hundreds of thousands of supporters, both online and on the streets. 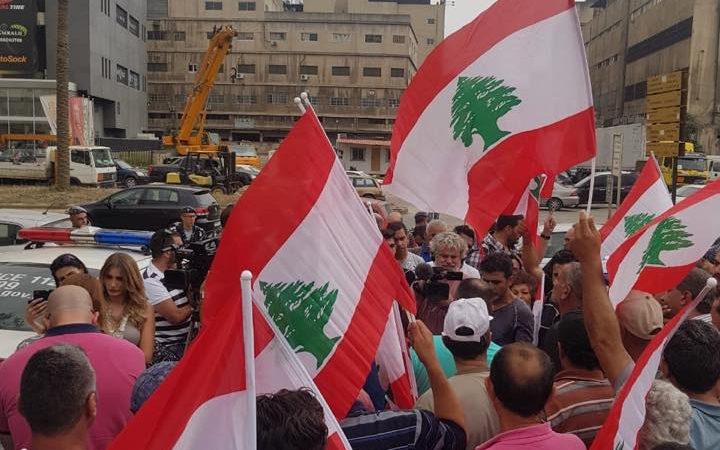 “[In October 2018], an integrated solid waste management law was enacted by the parliament and the Ministry of Environment was given six months to develop a strategy,” adds Khalil. “Till now the strategy has not been completed or approved by the council of ministers.”

But, despite a lack of a solution in sight, Khalil and Khourry, among many other activists, are actually relieved that the government decided to halt on the incinerator plan.

“We don’t think incinerators are a good solution for Lebanon,” Khalil said.

Khalil works for Waste Management Coalition (WMC), a group of civil society organizations and environmental activists that have been actively working on stopping the implementation of incineration projects through “awareness-raising, open debates with the mayor, campaigns, lobbying with political parties and other stakeholders”.

Hazardous materials are burned in incinerators that can lead to harmful emissions that must be disposed of properly.

WMC, among several other environmental NGOs in Lebanon in recent years, is working on raising awareness about and pushing for changes that enable a more circular economy — one that prioritizes waste minimization, reuse and recycling.

“Garbage is a huge problem in Lebanon, especially on beaches,” explained Peter, our local expert in Lebanon.

The young people, which included student and Syrian refugees who live in the area, gave up their weekend to collect bags of rubbish because they want change. pic.twitter.com/f26hlODII8

The group is currently reviewing the integrated solid waste management law and pushing for a complete amendment of it.

“WMC was established because Lebanon lacks a vision and strategy on sustainable waste management,” Khalil said. “This is due to authorities’ recurring failures to find comprehensive, sustainable and environmentally friendly solutions in this sector.”

We’re living with so much disconnect in Lebanon.
While beirut & suburbs are on the brink of a waste crisis, North Lebanon has already been swept for the past 3 months with overflowing garbage stacked across all dumpsters.@fady_jreissati @saadhariri

Several youth-led environmental NGOs in Lebanon are trying to fill the gap left by inadequate waste management and disposal systems in the country.

Recycle Lebanon works on advocacy for waste minimization and community involvement, including the establishment of an open data source where people can access countrywide green initiatives. Another NGO collects glass waste and brings it to a small town in southern Lebanon where glassblowers use it as part of a long-held tradition in the area.

Talk about #entrepreneurs solving real problems: this Beirut-based startup called @CompostBaladi came into being following the waste management crisis in the city in 2017, and is today a social enterprise competing in @MITEFarab's #ASC2019. All the best, guys! #MITEFArab pic.twitter.com/JMVO1xU7bg

Khourry notes the role of youth in the movement:

People have been protesting and mobilizing on the failure of the waste sector for years now and even though policy-wise, a substantial change is yet to be reached, the youth have definitely become mobilized. Not only are we demanding changes, we are actively taking part in the political process and challenging the corrupt political elite.”

@CityOfBeirut
#Lebanon #Beirut #Pollution #Garbage #Rouche
Keep your city clean, what a shame! Garbage here and there with no presence from the municipality. pic.twitter.com/0PWULizC7h

During Lebanon’s last elections, several environmental activists ran for parliamentary elections and a recent initiative is now working to unify all the various environmental NGOs, groups, and independent activists under one coalition, Khalil tells Global Voices.

“The government is listening to what we are saying but not taking our comments and feedback seriously because they have their agendas,” Khalil says. “We are delaying their bad decisions but more efforts and pressure is needed.”