Superstition and lack of awareness behind witch-hunting in India 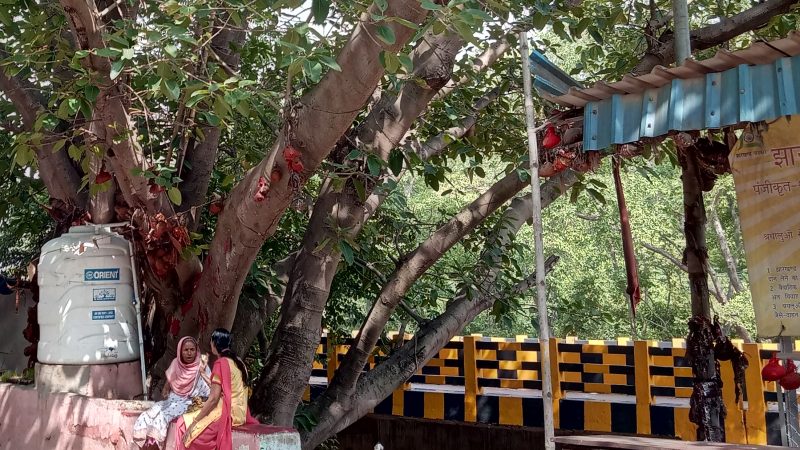 A village near Jamshedpur in Jharkhand. Picture courtesy Anumeha Verma

On 20 July, four elderly people were lynched by a mob in the Gumla District of Jharkhand, India after being accused of practicing witchcraft. According to reports, the victims were accused of causing a man's death and they were eventually found guilty of witchcraft by a Panchayat (a village assembly). The victims were dragged out of their homes and beaten to death by masked men wielding sticks. Eight of the attackers were subsequently arrested by police.

According to police data published by The Times of India, witch-hunting in Jharkhand has claimed 123 lives from May 2016 to May 2019.  Across the country, 134 people were killed for the alleged use of “black magic” in 2016, according to the National Crime Records Bureau.

“Witch-hunting is not new in Jharkhand,” says Prem Chand, the Founding Chairman of the Free Legal Aid Committee (FLAC) in Jharkhand, in a telephonic interview. FLAC has been instrumental in bringing about legislation against witch-hunting in Jharkhand. The organisation first began working in this area in 1991 when a woman was accused by her neighbour of causing a boy’s death. An irate mob attacked her and killed her husband and son. She sustained injuries.

When Prem Chand and his colleagues visited the offenders in the prison, they were met with defiance:

They told us that they stood by their accusation. They also shared a belief that when the blood of a woman branded as a witch falls on the ground, she loses her so-called powers of sorcery.

Prem Chand says that it affects specific sectors of the population:

Usually, it is the women from the weaker sections of the society and economically backward regions that are targeted. The victims are mostly Adivasis, Harijans and Dalits. It is an assault on the dignity of women and a violation of constitutional rights for a dignified life for every human being.

The Social and Political Realities

Activists say that deeply rooted superstitions prevalent in the hinterlands are a major cause behind the practice. A lack of education, poor health facilities and economic backwardness mark the regions where these practices are prevalent.

The cases so far show that often a rumor started by someone is enough to get the ball rolling. Despite the laws enacted by various Indian states which declare witch-hunting to be illegal, participants in these cases see it as a form of self-defense.

It is also used as an excuse for grabbing resources owned by women, exacting revenge or even exploiting women for sex. According to Prem Chand:

The premise is that once you brand a woman as a witch, you can subject her to any treatment. However, it is important to note that the practice is used as a justification for exploitation and is not a cause behind it per se.

Ironically, the panchayat often provides tacit approval for branding a person a witch even if does not pass ruling on the punishment to be meted out.

In addition to the elected panchayat, there are self-styled caste panchayats with no legal mandate whatsoever that operate in certain parts of the country. These bodies pass verdicts and mete out punishments and remain largely unchallenged. An incident in Ajmer district of Rajasthan in 2017 reported involvement of caste panchayat leading to the death of a 40-year-old woman.

Legally, the courts can take action against such verdicts in case of both elected panchayats and caste panchayats. However, the victims seldom get the opportunity to reach a court of law before they become targets of mobs.

Jharkhand has recorded the highest number of crimes committed in the name of witch-hunting but it is not the only state.

People blame accused witches for causing a slew of misfortunes: the death of a person or animal, droughts, crop failures, etc. The attacks on these women (and some men) are vicious and inhuman. At times, the accusations and punishment are meted out by their families.

Some have lived to tell the tale and fight. Chutni Mahato of Saraikela in Jharkhand is one of them. People from the region call her a ‘tigress’. She was accused of practicing witchcraft in 1995. Since then, she has transformed into an activist crusading against the victimization of women in the name of witch-hunting with the help of NGOs working to end the practice.

Chutni expresses how the lack of resources often makes it a struggle to fight against the practice. “I wish there was more support from the authorities and government for the work that we are doing here. However, I have suffered because of this practice. When someone comes to me for help, I am always going to stand by them,” she said in a telephonic interview.

Both the survivors and activists feel that there is a lack of public opinion in support of ending witch-hunting. The activists who were interviewed for this story expressed a paucity of political will and intellectual engagement to provide the momentum required for the campaign against the heinous practice to succeed.

A silver lining in this dark cloud is that people working against the practice believe that the situation can be turned around. According to Prem Chand:

The efforts for ending witch hunting can be modeled on the same principles that the government has used for promoting other social problems such as the literacy mission. Also, the intellectuals would have to lend their support to the cause to mold the public opinion.

The sources for the story were interviewed with the assistance of B. Vijay Murty, a journalist and resident editor based out of Jharkhand.