The law could promote impunity and stifle dissent 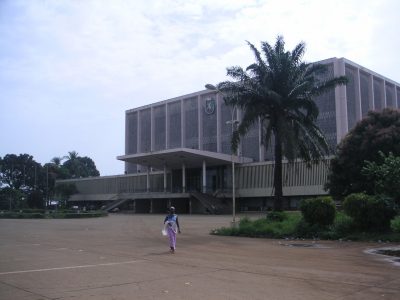 On June 25, 2019, the Guinean National Assembly adopted a law concerning the use of firearms by security forces:

This law establishes several justifications for the use of force, notably to defend space occupied by police, without making it clear that firearms are only to be used when the threat of death or serious injury exists.

The law sparked a strong reaction from human rights nongovernmental organizations and opposition groups, who fear the law will be used to grant impunity and target dissent ahead of 2020 elections when President Alpha Condé will seek a third term.

In 2017, a joint report by several Guinean human rights NGOs, published with support from Christians for the Abolition of Torture (ACAT-France) and the Human Rights League (LDH), raised concerns over a legal loophole in the new penal code that exists in the definition of the right to self-defense:

The new draft of the Guinean penal code does not adequately define self-defense and the state of necessity for self-defense. Human tragedies resulting from a disproportionate use of force are regular in Guinea, such as incidents that took place on August 16 in Conakry [the capital], (a peaceful march during which a young man died).

Critics of the law have questioned its benefits in a country where security forces often use excessive force.

Dozens of demonstrators and two law enforcement officers were killed in 2012-2013, on the eve of legislative elections. At least 12 of whom were killed, six of those by gun fire, and numerous others injured, in the run-up and following the 2015 presidential election. At least 21 people died at protests in 2018, of which at least 12 were victims of deadly fire by police forces. It should be noted a police officer and soldier were also killed by protesters.

This excessive force occurs despite Guinea's commitment toward international norms regarding the use of weapons. Guinean journalist Alpha Amadou Diallo cites a release from the civil society organization, Cellule Balai Citoyen Association, that address these international norms:

International norms regarding human rights stipulate that firearms must never be used to simply disperse a crowd. If self-defense to disperse violent demonstrations is inevitable, security forces must only use the minimum amount of force necessary to control the situation by relying on the proportionate use of less lethal weapons.

The approval of this law coincides with anticipated presidential elections in 2020, during a period where the risk of violence increases due to President Alpha Condé forging ahead with his plan to amend the constitution that would allow him to seek a third term — something Article 27 of the constitution does not currently allow.

Foreseeing protests against his third term, Alpha Condé has voted for a law granting the right for soldiers to pick off protesters like sitting ducks.

The document sparked a lively debate among National Assembly members. The parliamentary group of the Liberal-Democrats made up of elected officials from the UFDG [Union Democratic Forces of Guinea] rejected the proposed law, submitted to parliament by the government.

As many observers have noticed, the principal risk is that police will act with impunity. Thus, for researcher Jim Wormington, at the Africa Division of Human Rights Watch covering West Africa:

Guinea has a new law which seeks to protect soldiers who use deadly force from judicial proceedings.

With Guinea on the brink of a political crisis, the law could promote impunity in the case of new human rights violations.

This concern is shared by opposition leader Bah Oury:

The reoccurring tragedies that Guinea has experienced throughout its history should push to more strictly regulate the use of firearms to maintain order. This permissive law is dangerous and a step in the wrong direction.

For Nouhou Baldé, journalist and political, economic, and social analyst, the potential for abuse is clear :

With a contested independent national electoral commission (CENI), and judicial authorities backing President Alpha Condé, the introduction of this law is the latest act designed to intimidate any opposition to attempts by the government to impose a third term on Guineans.