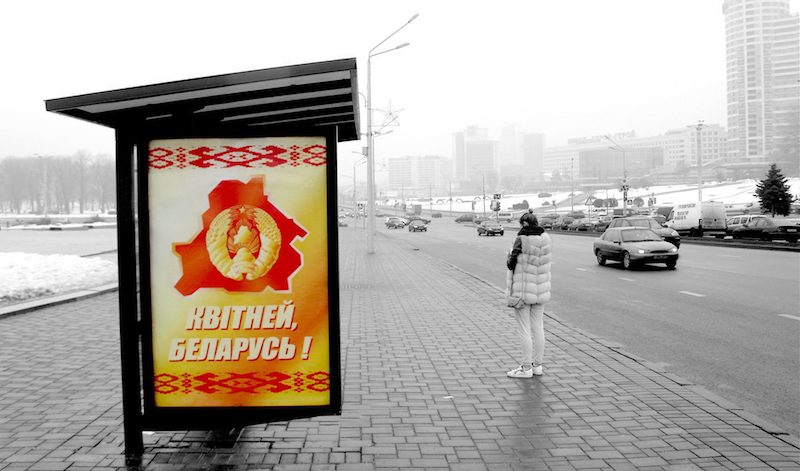 There’s a proverb in my country: “whatever you say about a Belarusan, it will not be true.” Never are those words truer than when foreigners discuss Belarus, repeating common conjecture and myths about one of Europe’s poorer-known countries. The best way to dispel those myths is to ask questions—but the questions I am asked also highlight the level of ignorance about Belarus.

What follows is my humble attempt not just to answer those questions; I’ll consider what they say about how others view us and how we view ourselves.

Many casual acquaintances from places west of the River Bug (which is how we Belarusians define “The West”) simply don’t know that a country called Belarus exists. If they do know, then they usually know very little. If you can confidently find our country on the map, you can skip this part or re-read it to enlighten your friends who still have blind spots in their knowledge of European geography.

Why do so few people know about Belarus? First of all, good old human laziness plays its part, along with an unwillingness to delve into the complexities and realities of a immense territory that is often defined in the EU and US as the “post-Soviet space.” We might wonder why some countries are not referred to en masse as “post-Nazi.” This category frequently goes hand-in-hand with assumptions that everything on between Europe and China can be described as “Russian”. Secondly, this tragicomic misconception stems from the word “Belorussia,” which though anachronistic, is still widespread in both English and Russian. The word is an archaism, and is occasionally directly translated into foreign languages as “White Russia,” “Белая Россия,” “Weißrussland” or “La Russie Blanche.” But we’re not White Russians, we’re Belarusians or Belarusans (the author uses the form “Belarusan”, most commonly used by American Belarusans and activists — ed.)

2. But I’ve surfed the internet with Google Translate, and there are different versions of the country’s name…

In the Russian-speaking internet, the use of “Belorussia” versus “Belarus” (Белоруссия and Беларусь in Russian) is a heated conflict for armchair warriors of different ideologies. There are—without exaggeration—millions of comments of varying levels of offensiveness and logic about the issue. In the end, these can be boiled down to two arguments.

The first argument stresses the fact that some Russian dictionaries allow the usage of the word “Belorussia”. The second states that the country’s endonym in the Belarusian language is “Беларусь”. Those who argue for “Belorussia” often fall into the “apples and oranges” fallacy by referencing the fact that Russian speakers don’t use endonyms for other countries (e.g. “Suomi” for Finland or “Deutschland” for Germany). The catch here that Belarus is officially a bilingual country and all Belarusians also speak Russian. And officially, only “Belarus” and “Republic of Belarus” are considered the country’s endonyms, even when writing and speaking Russian.

This standoff results in each side gently mocking the other, a fair amount of memes, and occasionally some very heated and ugly disputes. And while the apolitical mass of people doesn’t think there’s much value to discussing the issue, more politically engaged people see the “Belorussia” versus “Belarus” test as one of the best ways of determining “us” from “them.”

Local intellectuals and active part of the society sees the term “Belorussia” not only a mistake but a markedly imperialistic and Russocentric reading of the country’s name. In the Belarusan capital of Minsk, more or less all publicly known Russians have taken this test with varying degrees of success. In 2014 Galina Timchenko, editor of the Russian independent news website Meduza, defended her use of “Belorussia” to news site Bolshoy.by with reference to dictionaries and even the Russian constitution. Furthermore Andrey Makarevich, frontman of Mashina Vremeni (or “Time Machine,” a popular Russian rock band) explained at a 2016 concert in Minsk that he wasn’t trying to anger Belarusans, and that he had just gotten used to the old, Soviet-era name for their country.

The two Russians’ answers weren’t met with the same amount of applause.

3. So do you see the Soviets as occupiers or friends?

As Belarus was a part of the Soviet Union from 1919 to 1991, many people feel a strong connection to the society in which they were born, as people would anywhere else. There are no other reference points; after all, connections to the Grand Duchy of Lithuania (a large state which existed from the 16th to 18th centuries and included Belarus—ed.) are much more distant. The Soviet-era myth about the close brotherhood between the East Slavic peoples (Belarusans, Russians, and Ukrainians) also remains strong, but with each passing day we understand more and more that nostalgia for the Soviet past among Belarusan citizens and among citizens of neighbouring countries can mean totally different things.

In short, there is no consensus in Belarusan society on whether the Soviet period should be seen as occupation or not.

The official Belarusan historiography employs a favourable interpretation of the Soviet times, emphasising economic development and with no deep analysis or comprehension of the brutal repressions unleashed by the Soviets in the 1930s. On the other hand, these are not denied by official accounts and times are changing. Take Kurapaty, a wooded area on the outskirts of Minsk where the Soviet secret police carried out executions in 1937. Kurapaty played an important symbolic role during the collapse of the Soviet regime and the restoration of Belarusan independence in 1991. Over the following decades, only pro-democracy activists continued to commemorate the tragedy there. But today, even the former editor-in-chief for the newspaper published by the president’s office shows an interest. 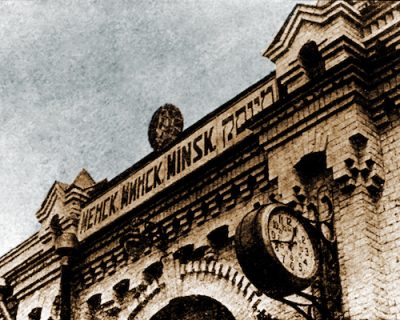 The Belarus of the early Soviet period was a more diverse place than today. The name of the capital in four official languages (Belarusian, Russian, Polish and Yiddish) above Minsk Railway Station, 1926. Photo: Wikimedia Commons.

Unlike official accounts of the period, independent historiography doesn’t close its eyes to the fact that it was the Soviet project that dealt a decisive blow to Belarusan national identity. It was in Minsk where Nikita Khrushchev, Soviet leader from 1953 to 1964, remarked that Belarusans would be the first people to “build communism”, as they had nearly abandoned their mother tongue in favour of Russian. By the 1960s, all the state-sponsored programmes to develop national languages and cultures in the Soviet Union had been wound down. Khrushchev’s words still echo today and are considered to explain a lot about the Soviet attitude towards Belarus. But while this truth is bitter, it is not deadly.

Nowadays there is a renewed interest in studying, rethinking, and rediscovering the culture of Soviet Belarus of the 1920s and 1930s, before Josef Stalin’s purges. That interest makes sense; early Soviet Belarus was widely seen as a successor to the short lived Belarusan Democratic Republic (Bielaruskaja Narodnaja Respublika, BNR) which was proclaimed during WW1. Before the BNR declared its independence on 25 March 1918, the Soviet leadership generally didn’t regard Belarusans as a separate ethnic group.

During the first 15 years of the Soviet Belarusan government, officials from Moscow clearly understood that they literally spoke different languages from the target audience of their political project. Thus they decided to promote the Belarusan language, prompt heated debates about national identity in the newspapers, and declare not one but four official languages (Belarusan, Yiddish, Polish, and Russian), a very socially progressive move for the time that allowed for peaceful coexistence.

In some ways, the atmosphere of the period can be compared with the Weimar Republic in Germany. It certainly inspired a generation of young, socialist, Belarusian-language authors and was glorified in the memoirs of the Belarusan-born Polish writer Sergiusz Piasecki, who wrote of daring attempts at cocaine smuggling across the border with Poland. Soviet planners in Belarus called the country “Red Denmark” in homage not only to that country’s agricultural success but also in recognition of the fact that Belarusans would doggedly refuse to change their way of life on the khutor farmsteads for large socialist collective farms.

By 1937 the purchase funnel of Soviet idea has reached its aim, the need to gain popular support for Soviet rule had collapsed. Along came the Stalinist purges in which dissenters would either disappear or accept the new reality. Intellectuals who had advocated for the Belarusan language and culture, as well as the planners of the “Red Denmark,” took their place six feet under. Their course was abandoned in favour of harsh discipline of the new Soviet man. This new model citizen had been the subject of the speech in which Khrushchev derided the Belarusan language (in fact, he here had just repeated Stalin). All that was national was methodically eradicated until the cultural renaissance of the late 1980s, when dissenting voices gained strength again, only to restore sovereignty with the collapse of the Soviet Union.

So only very few people today can give a sophisticated answer to this question—those who are ready to assess Belarusan life under the Soviet government not only through the victimisation of the former or the glorification of the latter. Everyone else still prefers the black-and-white reading.