It's Emancipation Day in Trinidad & Tobago — but is the country free?

Citizens examine what stands in the way of true freedom 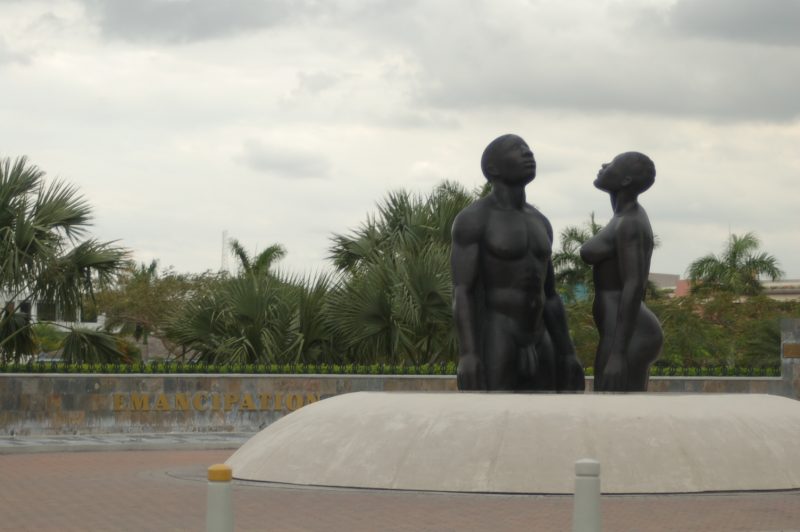 August 1 is celebrated in many Caribbean territories as Emancipation Day, marking the freedom of enslaved Africans who were victims of the transatlantic slave trade.

Trinidad and Tobago was the first country in the world to declare a national holiday to mark the abolition of slavery, but 34 years after that first public holiday was instituted and 185 years after the Slavery Abolition Act first came into effect, great discussion continues over whether or not the twin-island republic is emancipated.

Speaking about the issue on July 27, 2019, Prime Minister Dr. Keith Rowley observed that among Trinidad and Tobago's diverse population, people of African descent “are not doing as well as we expected”. Rowley said that rising levels of violence which are part of the black, urban youth experience, should be inspiring citizens to “focus, reflect and have serious conversations about where we are as a nation”.

Some letters to the editor gave examples of modern slavery to make the point that true emancipation still seems a long way off, while others tried to make the occasion a political one, by criticising certain social services and a culture of “handouts.”

The Trinidad Express chose to feature an opinion on Emancipation Day which suggested that Rowley, Kambon, and activist Pearl Eintou Springer were wrong about why some Afro-Trinbagonians may be underperforming:

It is easy for a dominant group to create a system that discriminates and subjugates. Those who do not measure up to that system are categorised as under-performers and relegated to second class or worse. […]

So many of our systems, education the leader, put people unfairly in a caste and they are not given a second chance. Every system has a rating and the further away it is from the top, the lower the ranking. Those who find themselves on the bottom rung have great difficulty coping with the elevated systems. Self-esteem is low and in their perceived helplessness may even drive them to employ violence to counter-punch suppression.

Commentator Arthur Dash lauded the country's “commendable history of maturity” when it comes to discussing race-related issues, but he also suggested the problem lay deeper, within the system itself, and suggested the prime minister's message should motivate citizens to examine how institutional racism continues to be a restrictive force.

On this day we remember and commemorate the freedom of our ancestors from the physical bondage of slavery.

Today, many generations later, we the decendants [sic] of slaves struggle with the legacies left by colonialism.

Legacies which thrive and are perpetuated by stereotypes: We are not savage, we are not violent, we are not predators, we are not just thugs and gangsters. We are leaders, revolutionary thinkers, visionaries, philosophers. We are Obama, Garvey, Marley, Angelou, Walcott. […]

Let us call out respectability politics: a culture of dilution; stop playing down blackness to make it palatable to the masses […] Let us celebrate the rediscovery of our faith and belief systems. They took away the religion of our ancestors, they took away a belief system and sense of values. In today's world of information access you owe it to yourself to explore the belief systems of our ancestors, the reverence and honouring of the elders, the owning of one's actions […] an emphasis on choice and consequence, there is belief in the family, the extended family, the village, the community.

This emancipation embrace the fullness and richness of who you are, where you came from, the blood and history that's in your veins. Own with pride who you are, your culture, your identity.