The prime minister says he will not accede to request 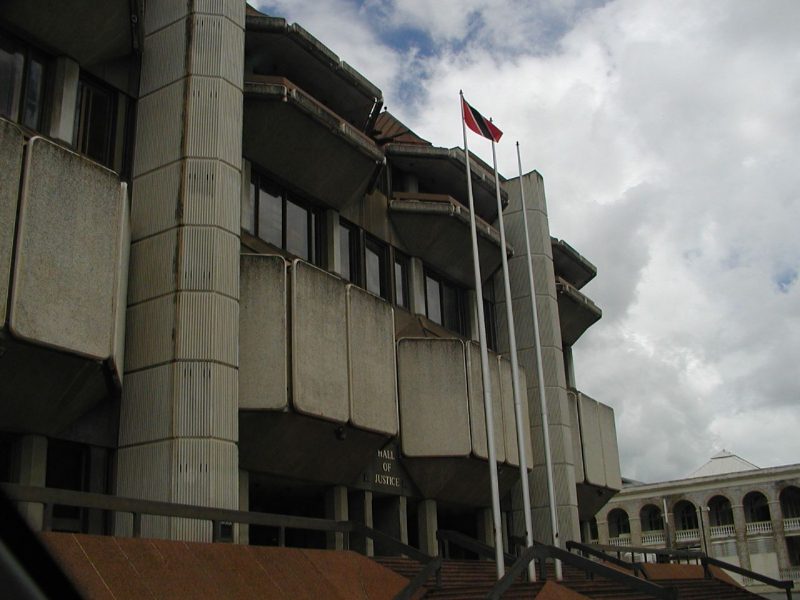 The Hall of Justice in Port of Spain, Trinidad. Photo by Debangsu, CC BY-NC 2.0.

For more than two years now, the Law Association of Trinidad and Tobago (LATT) has been trying to get the country's chief justice, Ivor Archie, removed from his post — but the association’s most recent recommendation to impeach the CJ has not managed to sway Prime Minister Dr. Keith Rowley to take action.

In December 2018, 150 of LATT's members voted to begin an investigation into misconduct allegations against Archie and present it to the prime minister, a move some criticised as politically motivated.

The process of getting a chief justice impeached requires the prime minister to trigger Section 137 of the country’s Constitution, which deals with the removal of judges from office. Once invoked, the president then appoints a tribunal to investigate any accusations of inability or misbehaviour.

In response to correspondence sent by LATT, PM Rowley has advised the law association that he would not acquiesce to its recommendation of invoking Section 137. He based this on the April 2019 advice of a British Queen’s Counsel (QC), Howard Stevens.

Trinidad and Tobago follow the British legal system; its highest appellate court is the Judicial Committee of the Privy Council, headquartered in London. It is not unusual for local attorneys to seek the advice of British QCs, especially in cases of public interest where the perception of impartiality is important.

The whole furore with Chief Justice Archie began back in April 2017, after the Judicial and Legal Service Commission announced the appointment of several new judges to the High Court. One judge, Marcia Ayers-Caesar, failed to declare a large backlog of unfinished cases to the Judicial and Legal Services Commission (JLSC), chaired by the chief justice. Ayers-Caesar subsequently resigned. Some felt the incident was simply an administrative oversight, but other legal experts believed that Archie and the JLSC's failure to take responsibility for the snafu resulted in a loss of moral authority and “legitimacy to exercise the constitutional authority entrusted to them”.

Archie was subsequently accused of trying to persuade supreme court justices to change their state-provided security to a private firm where Dillian Johnson — a friend of Archie's with a record of fraud and forgery — worked. Archie also allegedly helped fast-track state housing applications for people Johnson and others recommended.

The QC’s response to this accusation was astonishing:

The fact that the alleged WhatsApp communication […] appears to have been a fabrication also raises the distinct possibility that someone sought falsely to implicate the Chief Justice.

Prime Minister Rowley, in responding to LATT, said that QC Stevens had advised against pursuing impeachment based on a lack of evidence that Archie knew Johnson and others were engaged in criminal activities, or that any communication occurred between the chief justice and prime minister regarding housing.

The conclusion I have reached in all the circumstances is that the HDC [Housing Development Corporation] complaints have an insufficient basis in fact to warrant a representation by the prime minister to the president that the chief justice's removal ought to be investigated.

An anonymous statement — allegedly penned by nine judges — later claimed that the decision “perpetuates the perception that this is a lawless land where no one is held to account”.

This is not what an independent judiciary looks like. The CJ must be very concerned that one of these anonymous judges is hearing the case filed against him. They should be identified because they will be disqualified from some cases and because they have exhibited a profound misunderstanding of what it means to be independent and impartial.

Meanwhile, Kamla Persad-Bissessar, the country’s opposition leader, has criticised PM Rowley’s decision, while various members of LATT have asked for more transparency on QC Steven’s advice. After his initial announcement, PM Rowley wrote a letter to LATT President Douglas Mendes, stating all his reasons for declining to invoke Section 137.

LATT has since made another appeal to the prime minister, saying it is “dis­sat­is­fied with the an­swer which you were ad­vised to give”:

Respectfully, prime minister, it cannot be that the important responsibility which the Constitution imposes on you under Section 137 to hold the chief justice to account, limits you to such a passive role.

Prime Minister Rowley, in turn, has accused the association of political bias. LATT itself appeared to be divided on the issue, with some members saying the association's findings seem biased, and other commentators maintaining that the prime minister should proceed with impeachment.