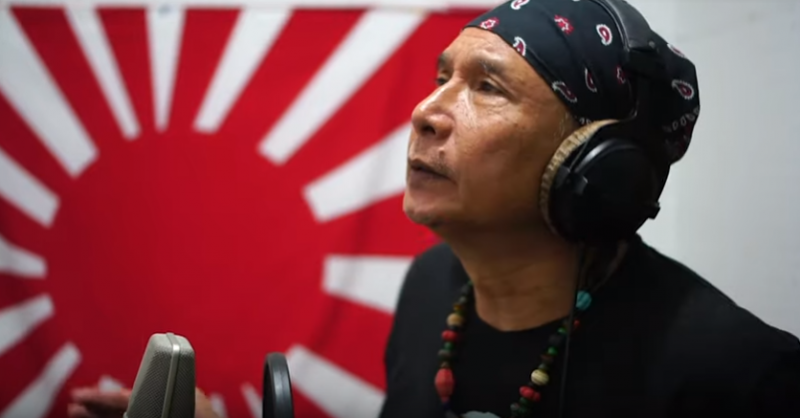 Tom Dundee released a music video after his release from prison. Source: YouTube

This edited article is from Prachatai, an independent news site in Thailand, and is republished on Global Voices as part of a content-sharing agreement. It is about a popular singer-activist who was imprisoned for Lese Majeste or anti-royal insult law. Thailand enforces a strict Lese Majeste law which the military government used as one of its legal tools to persecute critics after it grabbed power in 2014.

Tom Dundee, or Thanat Thanavacharanon, was released from Bangkok Remand Prison at dawn on 17 July 2019. The singer had served 5 years for lèse majesté.

After the military coup in May 2014, Tom Dundee was arrested on 9 July 2014 for not reporting to the NCPO [National Council for Peace and Order – name of the military-backed government]. He was sentenced to 10 years and 10 months in jail on two charges under Article 112 of the Criminal code, the lèse majesté law.

He received a royal pardon on the occasion of the coronation of King Vajiralongkorn, with his sentence reduced to 5 years.

Four cases had originally been filed against him under Article 112, but two cases were dismissed. The dismissal was unusual because he had confessed. The court reasoned that since he was not found guilty, his confession was invalid.

Two cases for which he was imprisoned were based on two speeches he gave on a red-shirt protest stage which were posted on YouTube between 2013-2014, but the cases went through different procedures. One was prosecuted in a civilian court, while the other went to a military court under an NCPO Order that crimes relating to national security which occurred after the coup must be heard by a military court. The difference was quite arbitrary as the dates of the crimes were based on when the authorities became aware of them.

The NCPO Order on national security cases was cancelled once the cabinet was sworn in on 16 July 2019.

Born in a poor family, Tom Dundee made his way to study in France for 6 years, and came back to Thailand as a popular artist. He joined the red-shirt movement in 2010 when many protesters were killed. The political violence drove him to give speeches in different provinces until he was imprisoned for violating the lèse majesté law.

In an interview last year, he said he had composed more than 3,000 songs in prison to kill time, sometimes composing 4-5 songs a day based on his experiences in prison and the stories which other prisoners told him. He wrote the songs in letters and sent them out, but they were intercepted by the prison’s screening process. So far, we have been unable to reach anyone to learn what happened to them.

After his release, Tom Dundee said he was thankful for the support and democracy needs everyone to fight for it.

Tom Dundee sang on his release until he cried so much he could not sing.

I am many years in prison. Oh my dear, my heart almost breaks. I miss my little baby I used to hug. I miss its mother so much.