Newspaper report based on police investigation links gangs and state 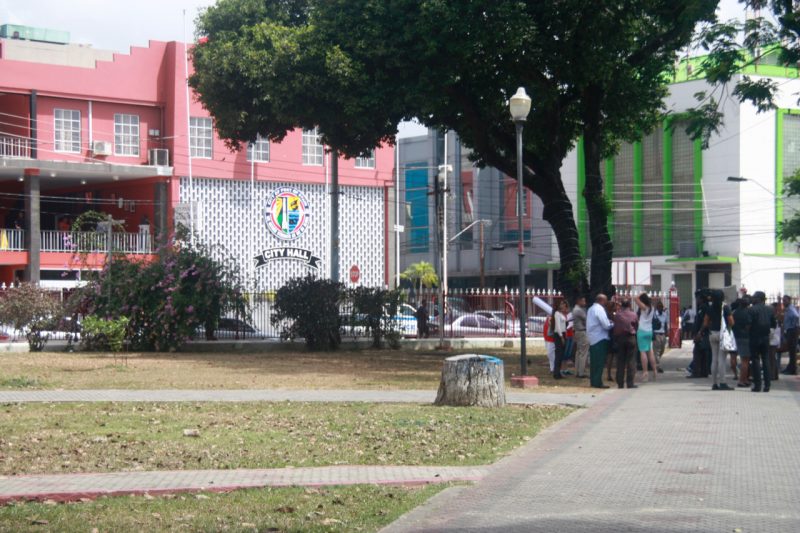 City Hall in Port of Spain, the seat of the Port of Spain City Corporation, one of the state agencies named in the alleged award of state contracts to gang leaders. Photo used with permission.

Identifying the gang leaders by their aliases or initials, like “Doggy” and “SR”, the article details who got the construction contracts, how much they were worth and which government offices issued them. The majority of the contracts — many of which amounted to more than $200,000 TT or $29,000 US, with some additional payments after — related to road work and drain construction in the gangs’ respective neighbourhoods. One section of the report highlights the relationship between the Port of Spain City Corporation and a leader in one of the country's most notorious gangs, Rasta City.  Contracts given to them since 2015 amounted to over$600,000 TT or $88,872 US.

This is not the first time that the questionable government relations with gang affiliates have come to light.

On June 29, 2017, when Marlene McDonald was sworn in as the new Minister of Public Utilities, the country's Integrity Commission had already started an investigation on her for allegedly starting — along with her spouse — a fake nongovernmental organisation to access public funds. Adding insult to injury, at the swearing-in ceremony, McDonald was flanked by her spouse and a “community leader” — a euphemism commonly used to refer to gang leaders in Trinidad and Tobago. Three days later, she was fired.

This is the first time, however, that a police report has confirmed contracts between the state and local gangs. According to law enforcement, the revelation has resulted in increased violence in neighbourhoods where these gangs operate. Commissioner of Police, Gary Griffith, commented on the issue at a press conference after the Guardian exposé was published, confirming that a conflict that week between two gangs was, in fact, a feud over a government contract to fix box drains in the area.

This is not the first time that Griffith has spoken out. Just over four months into his tenure, in January 2019, he said in a CNC3 television interview that to combat gangs, the country must stop issuing state contracts. At the time, he strategised with authorities to overcome the issue.

Griffith has stated in the last few weeks that these contracts with known gang leaders make police work a lot more difficult. He attributed state contracts — under various administrations — as one of the main reasons the country's gang culture has thrived over the last 15 years.

The controversy over state contracts for known gang members has caused an uproar. Agencies like the Port of Spain City Corporation and the Diego Martin Regional Corporation were named in awarding some of these contracts, though the parliamentarians in those constituencies have said they were unaware.

In a press conference on July 19, Prime Minister Keith Rowley said that the government was working with the police to get all the information necessary to prosecute gang members via the administration's recently passed Anti-Gang Act, which criminalises gang activity. He made it clear, however, that the gathering of evidence and charging of gang members is the job of the police.

Griffith later challenged the prime minister, saying, “You do not try to feed an en­e­my and then af­ter tell law en­force­ment to deal with the en­e­my”.

Both the prime minister and his cabinet have said that the issue has to be dealt with through the law. Since the report came out, Minister of Rural Development and Local Government, Kazim Hosein, has said there will be an audit into the situation.