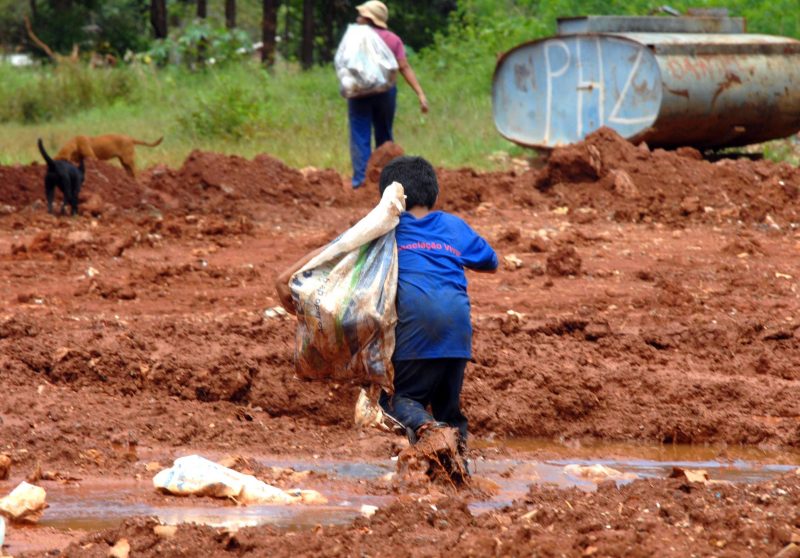 A live broadcast by Brazilian president Jair Bolsonaro on July 4 sparked an online debate about child labor on the Brazilian internet. Bolsonaro does live broadcasts through his social media channels every Thursday evening since he took office in January 2019.

This time, the president mentioned that when he was around 9 or 10 years old, he used to grind corn and crop bananas in his father's farm, emphasizing the fact that it “didn’t do him any harm.” He also narrated how he learned to drive tractors and use shotguns early in his life and wrapped up by declaring that the only reason that he wouldn't introduce projects decriminalizing child labor was “because he would be massacred for it.”

Brazilian law dictates that any form of labor is forbidden to children below the age of 13. By 14, children are allowed to work as apprentices with restrictions to night shifts and hazardous occupations. Only teenagers above the age of 16 are qualified to sign contracts.

Although the president affirmed he wasn't planning to propose changes to those laws anytime soon, child labor nonetheless became a topic of discussion on Brazilian social media over the past week following his remarks.

Federal judge Marcelo Bretas, who works on the Car Wash operation in Rio de Janeiro, and is a declared Bolsonaro supporter, recounted his own experience of working as a child on a reply to a thread started by the president's son, federal deputy Eduardo Bolsonaro:

At age 12, in 1982, with a signed contract, I started to work at a small family store. I had a working day and tasks to fulfil, and learned from an early age the value of having a minimum wage after a month of working. I am very proud of this!

Bia Kicis, a former federal prosecutor and currently a federal deputy with the president's political party, also shared her memories:

When I was 12, I used to make brigadeiro [a Brazilian dessert] and sell it in my school. The most interesting part was that I didn’t need it, but I had great pleasure paying off my tennis classes with that money. I felt creative and productive.

Those experiences are considerably far from what the International Labour Organization (ILO) defines as “child labor.” According to ILO, child labor is the work that “deprives children of their childhood, their potential, and their dignity, and that is harmful to physical and mental development.” It adds that child labor refers to work that “interferes with their schooling.”

Helping out your grandma to dry the dishes once a week is not child labour. This is:

The Brazilian Institute of Geography and Statistics (IBGE) says that there are currently 2,5 million children and teenagers, between the ages of 5 and 17, working in the country. The Public Prosecutor's Office says it receives around 43,000 complaints related to child labor every year.

Poverty is the leading cause of child labor, Brazilian economist Monica de Bolle has said on a popular Twitter thread. She says that, although working children help low-income families to survive in the short term, in the long term it hinders the country's productivity and economic growth, jeopardizing social development.

Countries that most use child labour tend to also be the poorest. [Child labour] traps them into poverty and underdevelopment.

De Bolle also maintains that, while in the short term child labor seems to help decrease inequality, in the long run, it furthers it as it traps children and adults in a cycle of poverty. There is also evidence, she notes, that child and unpaid labour widen gender disparities.

The internet debate revealed that different social classes in Brazil have different understandings of what “labor” means. The official Twitter account of Tortura Nunca Mais (“torture never again” in Portuguese), a human rights group formed after the end of the US-backed military dictatorship (1964-1985), said:

What the proud testimonies of the people who have “worked” as children have in common is the detail that it was at the family business (the little store, the father’s company, etc). This is more akin to household chores than to actual child labour.

This picture by photographer João Roberto Ripper shows a boy working at a coal mine at a farm in Ribas do Rio Pardo, state of Mato Grosso do Sul, in 1990. If you think that the struggle against child labour is meant to prevent you from selling chocolate in order to pay for your tennis lessons, you didn’t understand anything.

The misconception about child labor shared by a significant part of Brazilian society stems from a lack of knowledge about its adverse effects, says prosecutor Patrícia Sanfelici, who works with labor law, in an interview to news outlet UOL. Sanfelici coordinates the Prosecutor's Office working group that combats child and teenage labor and exploitation. She says:

The appropriate and fair alternative for a child will always be education and the care that they deserve. We cannot think any differently. The Brazilian constitution assures full, absolute and priority protection of childhood. If we understand that childhood should be protected, we must protect it as a whole.