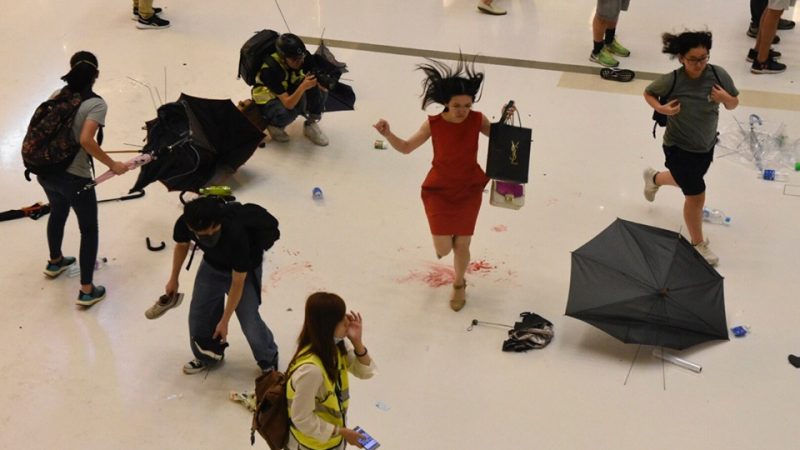 After protestors’ brief occupation of the Legislature on July 1, the anti-extradition protests [2] taking place in Hong Kong since early June have evolved into a series of demonstrations in local districts. While not all of the district protests were about anti-extradition campaign, the issues raised by protesters reflected the escalated tension between Hong Kong and China among grassroots communities in everyday life setting.

The first of these local protests took place in Tuen Mun on July 6, the weekend after the occupation of the Legislature. Tuen Mun is a suburban residential area connected to mainland China through the Western Corridor [3], and is a popular destination for mainland Chinese on day shopping trips.

On July 6, thousands joined a rally in a park in Tuen Mun to reclaim the park's public space from a group of middle-aged women who often performed song and dance routines there in revealing outfits for an audience mostly comprising elderly men, some of whom would offer the women money. The phenomenon has been going on for many years and a number of local media outlets reported that the profit-making performances were protected by Triads [4] and that some of the performers were from mainland China. 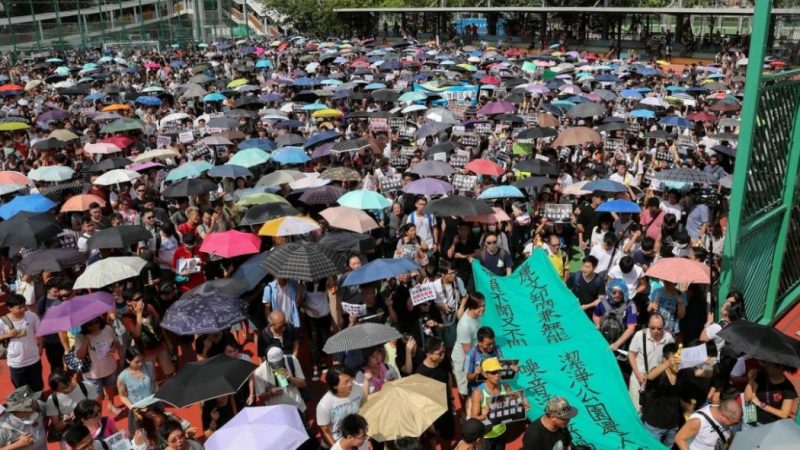 The organizers of the rally accused the dancers [6] of using amplifiers, solicitation and sex work, and demanded that the Leisure and Cultural Services Department (LCSD) tackle the problem of noise pollution, ban obscene activities and solicitation, and ensure that public space was accessible to people of different age groups. Protesters also objected that the dancers were from mainland China.

Though the event has no direct connection to the anti-extradition protests, it was coordinated through the same set of online platforms, including Telegram and the Reddit-like LIHKG. The rally ended with police deploying pepper spray to stop demonstrators from chasing after a man who was accused of assaulting other demonstrators. 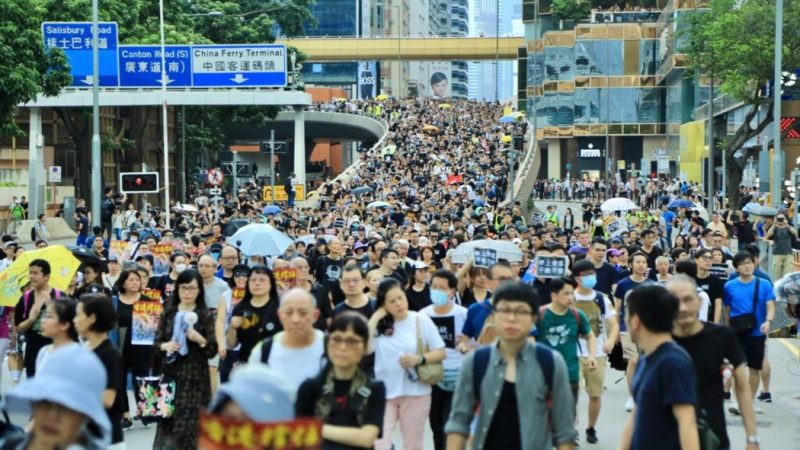 The second local protest took place on July 7 outside the high-speed railway station [8] near Kowloon's Tsim Sha Tsui district, from where trains run directly between Hong Kong and mainland China.

About 230,000 joined the demonstration, and the massive turnout caused a temporary shutdown of the railway station. The protesters said their goal was to inform mainland Chinese tourists about the anti-extradition campaign, as reports and discussion about the campaign have been censored on mainland Chinese social media and news outlets. A majority of mainland Chinese believe that the protests are backed by foreign powers.

A few hundred protesters lingered in the streets at the end of the protest, and the police dispersed crowds [9] with batons around 11 pm in Mongkok—the site of several rounds of violence clashes between police and protesters during the Umbrella protests in 2014 and the civil unrest in 2016 [10]. Six protesters were arrested on the spot. 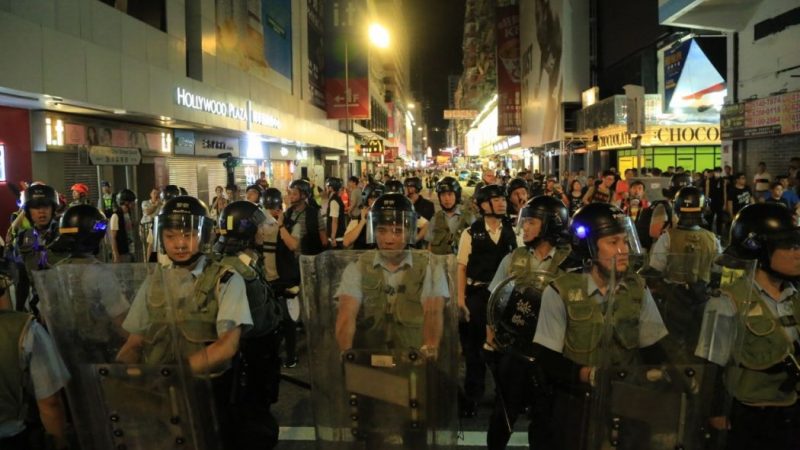 Organizers of the protest accused police of using excessive force when they were retreating from the streets and journalist watchdogs condemned the police [11] over insults and malicious jostling. 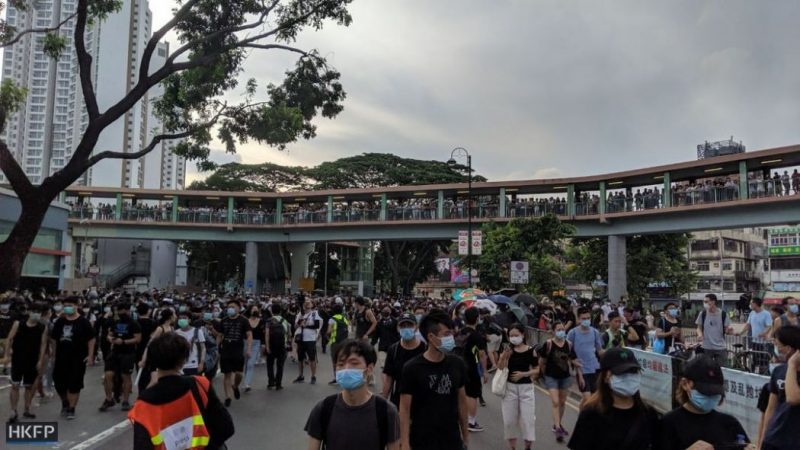 The third local protest took place in Sheung Shui [13], a border town between Hong Kong and China on Saturday, July 13. Protesters said they wanted to “reclaim” Sheung Shui from the mass of parallel traders who travel across the border several times a day transporting goods, including medicine, cosmetics and food to Shenzhen for resale. This activity has transformed the local economy; shops serving local residents’ needs have been forced to close due to skyrocketing rents, and driving up retail prices in the northern suburban New Territories.

As some protesters attempted to block streets near the end of the protest, police deployed batons and pepper spray to disperse the crowds.

After a round of clashes in streets, efforts by police to disperse the crowds drove protesters into a shopping mall which is directly connected to the subway station. They were soon to find out, however, that train service had been suspended and there was no other exit. Two teams of riot police entered the shopping mall in full gear around 10 pm, surprising everyone inside the mall, including shoppers and diners. Protesters were forced to take refuge in shops, restaurants and toilets. A few of them fought with police making arrests. The chaos resulted in 28 injuries and the arrest of 47 protesters.

While the police condemned the protesters for “losing their sense” in attacking police officers, the pan-democrats condemned the police for using “kettling tactics” [16] to confine protesters in an enclosed area without any exit route, generating fear and irrational reactions among the crowd, and also affecting others who happened to be shopping and dining in the mall at the time.

Shortly after the clash, pro-Beijing lawmakers urged the Hong Kong government to ban all protests until September. In reaction, the Civic Human Rights Front, the civic coalition coordinating the anti-extradition protests, has called for another rally on July 21 [17] in Hong Kong island to protest against police protest crackdown tactics and use of excessive force.