Yet, the community has been 'riled up into unity' 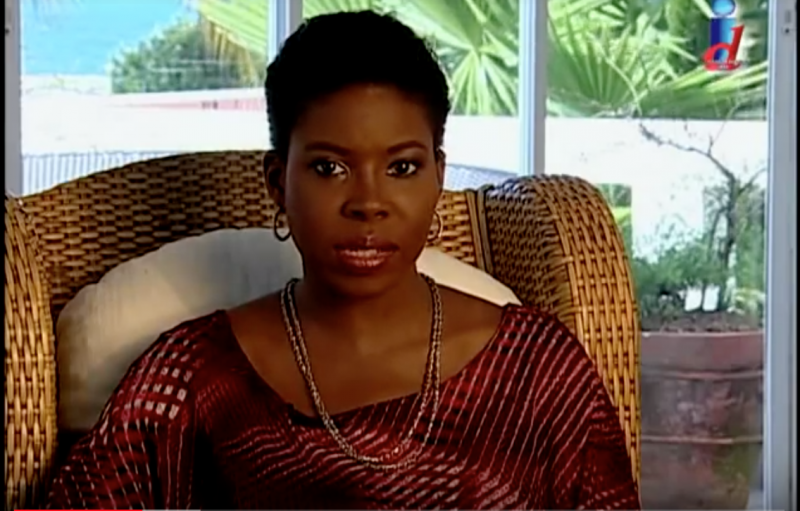 Screenshot of former media personality Colleen Holder, who spoke out against criminal activity in her community of Oropune Gardens. Image is a still from a YouTube video “Let's Talk Tobago, Episode 250″, uploaded by the Tobago House of Assembly.

Trinidad and Tobago's Housing Development Corporation (HDC), a state agency that provides public housing assistance, has been criticised for not doing enough to curb crime in many of its communities. The most recent critique touches on incidents at Oropune Gardens, a housing estate in northern Trinidad.

Fed up with the lawlessness in Orupune Gardens and its impact on her quality of life as a resident of the area, former national television news anchor Colleen Holder spoke out in early July 2019, via a letter to the editor that was shared on several news sites. Now, her life is under threat.

Following another murder in her neighbourhood, Holder said:

We are starring in a monthly episode of CSI Oropune Gardens. […] Our community Whatsapp chat group has been lighting up with residents expressing their fear, frustration, irritation, anger at this situation that seems to be spiralling out of control.

On June 26, residents invited Brent Lyons, HDC's managing director, to attend a meeting to discuss how the could take back control of their community. In place of Lyons, HDC sent a representative from its facilities management team who was ill-equipped to address matters like illegal activities and occupancy, flouting of community rules, and maintenance issues such as poor lighting and overgrown bushes that compromise residents’ safety.

Holder acknowledged that Lyons and Housing Minister, Edmund Dillon, had recently done a walk-through in the community, but she said the visit happened “during working hours when most residents would not have been at home”:

The blame for the spiralling crime in the community rests with the HDC. They are fully aware that they are not enforcing the rules that will allow the community to remain safe. […]

This situation predates both Mr. Lyons and Mr. Dillon, but it has persisted. We have persons harbouring criminals, hiding weapons, facilitating the crime.

Like many in the community, even though Holder has been a victim of crime herself, she doesn't want to move, saying, “The criminals are the ones who need to pack up and leave.”

On July 5, the HDC said that although “the safety and security of residents in all HDC communities are issues which the corporation gives serious consideration […] there are several issues at play at Oropune Gardens which require a multi-pronged and multi-agency approach for resolution”.

Maintaining that it “cannot be held solely responsible for all of Oropune Gardens’ issues”, the HDC said that the Trinidad and Tobago Police Service “remains the sole entity responsible for the investigation of criminal activity”.

The HDC subsequently began to take action against people in breach of community rules.

As for death threats against Holder, both the Commissioner of Police, Gary Griffith, and the Minister of National Security, Stuart Young, are aware of the situation; police patrols around Holder's house have increased.

The silver lining — if there is one — is that Holder says the community has been “riled up into unity”:

They are saying now that this is not her fight but our fight and now I don’t feel like I’m standing on my own. — Colleen Holder

Commentator Noble Philip has been supportive of Holder and clear on the need for the HDC to meet its responsibilities. In a post at Wired 868, he noted that “a 2015 study done in East Port of Spain showed that dysfunctional institutional resources, like the HDC, was the largest defining difference between high performing and crime-ridden communities.”

In another post, Philip took citizens to task for not being more outspoken in support of Holder:

We, in our comfortable homes, mutter about Colleen’s bravery but we keep our heads down. […]

Colleen’s tongue has brought her a death threat, yet her speech has been liberating. Silencing speaks to power in relationships; the powerful possess the capacity to silence us all, not just Colleen. Through intimidating violence, they heighten the consequences of us speaking up. […]

Yielding to this enforcement of silence makes crime more prevalent. Criminals want to be anonymous and free from prosecution. They want to eliminate all who would disseminate information about their actions. […]

The actions (and lack thereof) of the HDC has brought us to this place. They refuse to acknowledge the existence of a Residents Association, thereby making this all about a single campaigner […] the focus is on one person, a woman who dared to persist.

The police are still in the midst of their investigation of the threats against Holder.