#MeToo in Myanmar: Two documentaries on how the global movement has inspired women to speak out 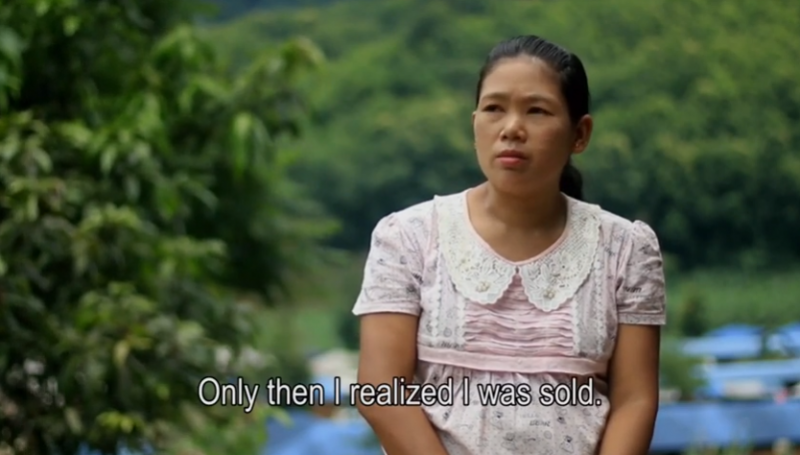 Migrant worker Lazing Lu Bu narrates how she was sold to marry a Chinese man. Screenshot from YouTube video

More and more women in Myanmar are sharing stories about experiences with sexual abuse and their struggle to combat gender discrimination. Here are two documentaries which show women speaking out against violence and standing up for gender equality.

The documentary “Metoo Myanmar,” produced by Myanmar Journalism Institute for Mizzima TV and released in April 2019, investigates the problem of sexual violence in society and how it continues to victimize many women despite the passage of laws meant to protect vulnerable segments of the population.

The documentary features women who became victims of human trafficking, domestic abuse, and sexual harassment in the workplace. It narrates particular stories of young migrant women who were forced to marry Chinese men near the China-Myanmar border, teenagers raped by relatives and even a Buddhist monk, and wives moving on from traumatic relationships.

In November 2018, the UN Population Fund (UNFPA) released a short film featuring the voices of women who talk about their experience of gender norms, gender inequalities and women’s rights in Myanmar.

“The films explore gender inequality as the root cause of violence against women and girls, and they carry the voices of women and men who are both ordinary and extraordinary at the same time,” according to an introduction provided by UNFPA.

Both films note how the global #MeToo movement has inspired a growing number of women in Myanmar to bravely confront their abusers and speak out against sexual violence.

One of them is Eain Chit, a famous singer in the country who shared in the “Metoo Myanmar” film the instances when she received sexual offers and was asked to sing and dance privately in front of rich customers.

After narrating more cases of abuse involving women who were harassed and attacked, the documentary points out the need to enforce laws intended to defend women’s rights

Myanmar has signed the United Nations Convention on Anti-Discrimination Against Women in 1997, but all stories in this documentary prove that special laws to protect women don't work in here. On the contrary, it's more likely rape and other sexual violence against women is increasing.

A major challenge in advancing women’s welfare is resisting feudal thinking like the concept of hpon which promotes the supposed superiority and positive spiritually of men over women. This unequal status between men and women has forced the latter to remain quiet if they experience sexual violence. It has promoted a culture of fear linked to the concept of men having a natural right to dominate women. But since 2018, the #MeToo movement has given confidence to many women in Myanmar to question hpon.

In an interview with Tea Circle, an online forum focusing on Myanmar issues, researcher and activist Aye Thiri Kyaw cites a #MeToo-inspired incident in 2018:

…a few teenage girls publicly denounced a popular and famous fortune teller, saying that he had sexually abused them when they visited him a few years back. Their public declaration was a surprise to people, given the age of the girls, and the social prominence of the fortune teller.

She adds that a number of women have also accused an NGO leader of harassment and sexual assault.

Also interviewed on Tea Circle was Kachin activist May Sabe Phyu who explains the motivation of some abused women to share their stories:

Women in Myanmar have suffered in silence. Now they understand that sexual violence is not their fault. They hear other women’s stories, and they realize that their stories will never be heard unless they speak out.