Police are treating his death as a homicide 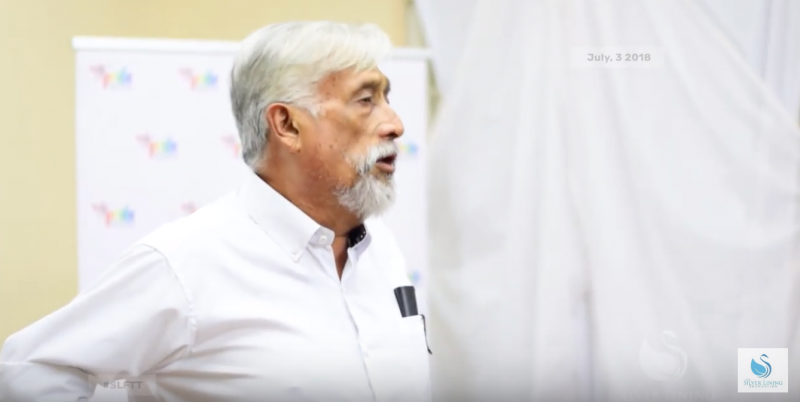 Screenshot of the late Raymond Choo Kong performing a monologue from the play “Norman, is that you?”, uploaded by The Silver Lining Foundation.

One of Trinidad and Tobago's latest murder victims is the pioneering local theatre producer, director, and actor Raymond Choo-Kong, who was found stabbed to death on July 15, 2019.

Details are still sketchy: one local newspaper reported that the murder took place at a bar that Choo Kong owned in Arima, a town in north-eastern Trinidad, while another said that he was found dead at his home (located directly above the bar), and that there did not appear to be any forced entry. Choo Kong's home and business are located only a short distance away from the Arima police station.

Choo Kong's production company was well known for staging comedies. His plays are so popular that his name became a household one over his 40-year career. He gave many up-and-comers their start in local theatre, and was well respected as a contributor to the arts.

Many social media users, gutted by the news, thought it heartbreaking that a man who brought so much laughter to the lives of so many should meet such a violent end. The mayor of Arima, Lisa Roxanne Morris-Julian, lauded Choo Kong's creativity and compassion, saying the news of his death was “a devastating blow”.

Choo Kong was the most decorated member of the local theatre community, having won 18 Cacique Awards — an honour bestowed by the National Drama Association of Trinidad and Tobago. A long and vibrant career saw Choo Kong stage a range of popular musicals like “The King and I” for local audiences, and collaborate with nobel laureate Sir Derek Walcott under the banner of the now defunct Trinidad Tent Theatre. A prolific writer, Choo Kong was known for taking current issues and cleverly turning them into stage plays that tackled tough topics with humour.

The fact that Choo Kong was such a respected contributor to national life has fuelled much of the social media outcry, but one report says that he is among seven people killed in country within the last 24 hours, fuelling further concern about the country's crime rate.

The murder of Raymond Choo Kong should be devastating to all citizens of T&T. He gave his life to making us laugh, cry, think and reflect, every time he walked onto a stage or stood behind one. #EverybodyLovedRaymondChooKong #RIPraymond

Lost another son of the soil to needless, unjustifiable violence.

There have been several calls for action to demand justice for Choo Kong and other murder victims.