She directed over 120 plays 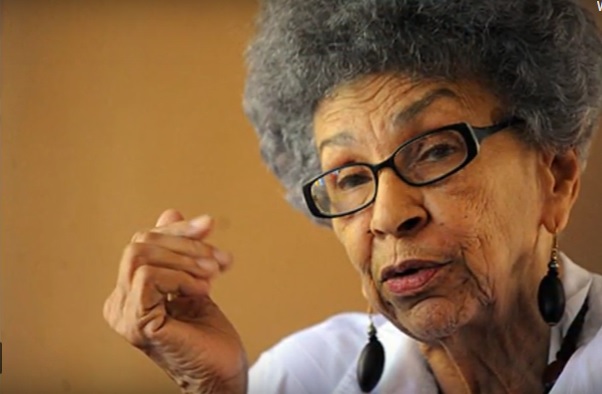 Victoria Espinosa's extraordinary career included directing over 120 plays, among them “Los soles truncos” (“The Half-Suns”) at the First Puerto Rican Theater Festival in 1958 with renowned Puerto Rican playwright René Marques, and again at the 1965 inauguration of the Calatrava Theatre in Salamanca, Spain.

Espinosa also founded the College of Theater Actors (now the Puerto Rico Actors’ Association) and spearheaded the creation of a special fund for the Institute of Puerto Rican Culture’s Theater Division that is intended specifically for the development of theater in Puerto Rico.

Victoria Espinosa was born on March 26, 1922, in the Santurce neighborhood of San Juan, the capital city of Puerto Rico. The Trastalleres community where she lived, despite being one of the country’s poorest, is famous for being the place where many other prominent Puerto Ricans were born and raised, including singers Andy Montañez and Daniel Santos, writer José Ferrer Canales, and major league baseball player Orlando Cepeda.

Espinoza graduated from the University of Puerto Rico (UPR), completed her doctorate at the National Autonomous University of Mexico (UNAM), and was a professor at UPR’s Río Piedras campus for several years. There she founded the now-defunct Puerto Rico Theatrón Theater Workshop, where several theater and television artists were trained.

One of her career highlights was directing the 1978 world premiere of the play “El público” (“The Audience”) by Federico García Lorca, a work that could not be released when it was written around 1930 because it frankly addressed homosexual issues. In 2000, she was awarded the Pozo de Plata, the highest award granted by the Federico García Lorca Casa Natal Museum in Fuentevaqueros, located in Granada, Spain.

Also in 2000, the old Music Hall Theater in Santurce was renamed the Victoria Espinosa Experimental Hall in recognition of her numerous contributions to the development of theater in Puerto Rico.

Beyond her indisputable contributions and professional achievements, Victoria Espinosa will be best remembered by the students and actors who worked with her. In a Facebook post, the actress and singer-songwriter Nancy Millán (@Nancy_Millan) recalled an anecdote from one of her classes with her teacher:

Pedro Rodiz reminded me of something that Victoria Espinosa told me when I first directed a scene from “Sol 13 interior” for her class. It had to be an experimental scene. The scene ends, and she says: “You did not do the assignment. This is not experimental, but I directed this piece for its premiere and I have to say that it moved me. Well done.” I think I floated for three straight days after that. Thank you, Maestra.