Afghanistan's national capital is sometimes better experienced from a height 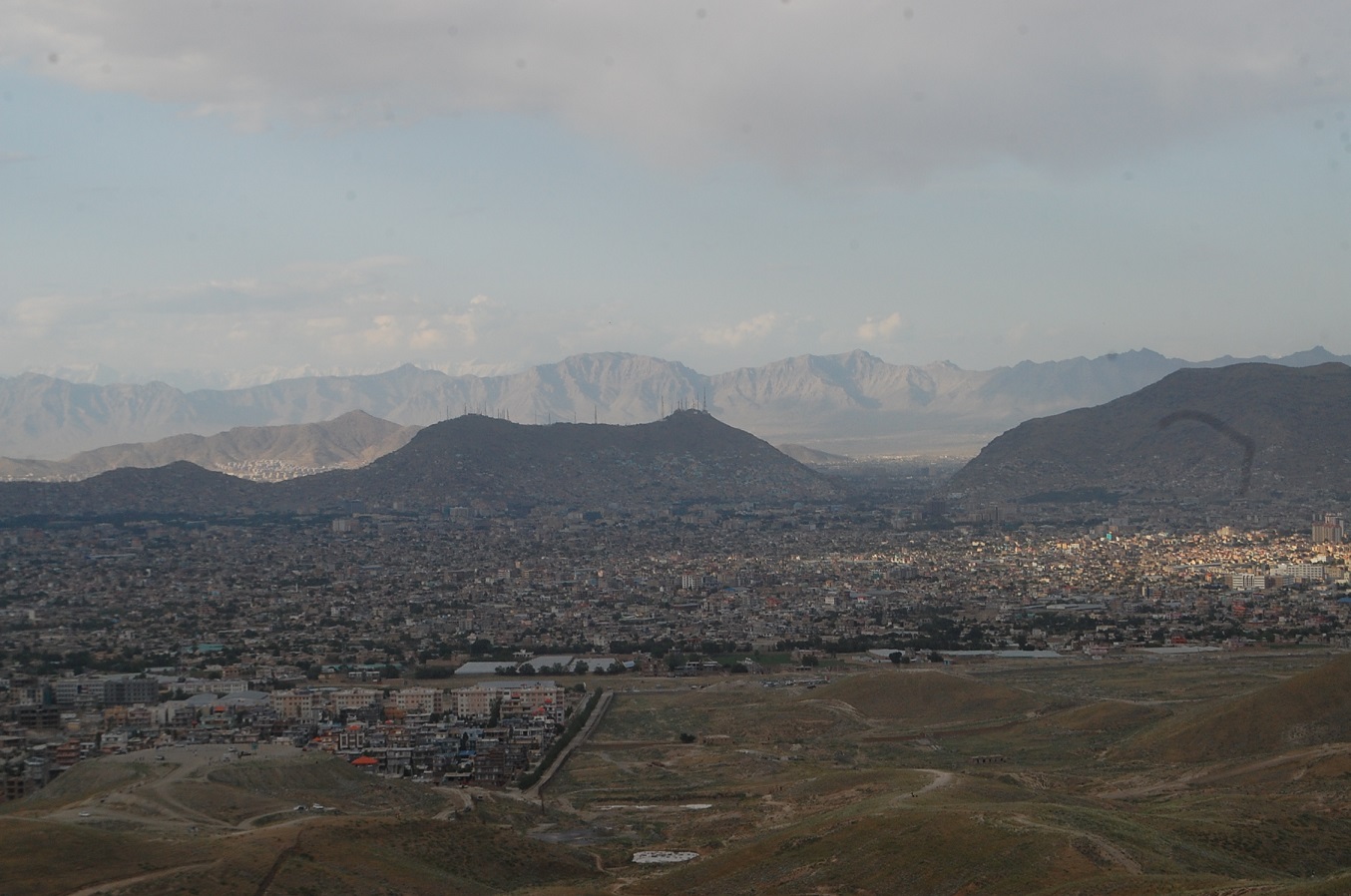 In Kabul, a city of six million wracked by war and choked by smog, green space is at a premium.

Most parts of the city are completely shorn of green belt. In Dasht-e-Barchi, a neighborhood home to over a quarter of the Afghan capital's population that has sprawled thanks to internal migration, there is not a single public park. With limited government funds focused on reconstruction and basic infrastructure, allocating space for one is not a priority.

And yet some form of respite from the never-ending tensions of the city is sorely needed. 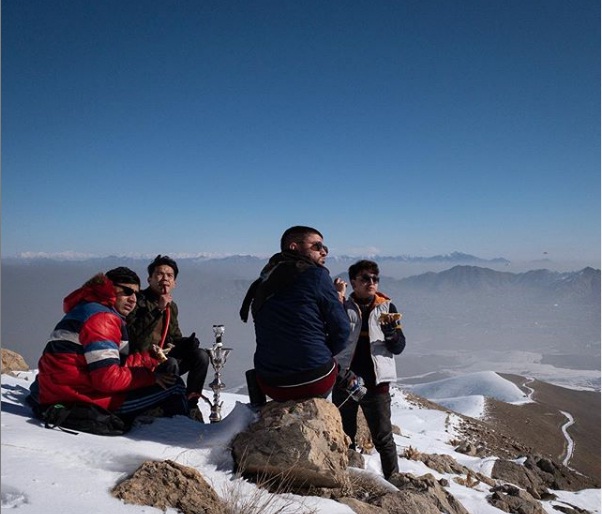 Setting off up the hill before sunrise, these guys climbed above the smog that settles in its basin each morning, assembled their shisha pipe and pulled in lungfuls of kiwi-lemon flavored tobacco while singing and dancing to modern pop songs played through a portable stereo. Photo by Andrew Quilty, used with permission.

According to a survey by Big Think, one in five Afghans suffer depression, more than anywhere in the world.

The latest World Happiness Survey commissioned by the United Nations places the country as the third most unhappy globally, behind two other countries wracked by chronic violence and insecurity — South Sudan and the Central African Republic.

In 2018, Afghanistan was judged the least peaceful country in the world by the Australian Institute of Economics and Peace think tank, overtaking Syria.

In such circumstances, a hill overlooking Kabul — Koh-e Haji Nabi — becomes a sanctuary.

On weekends and Fridays, families, couples, lovers, friends and solace-seekers flock like pilgrims via foot, car or bike to the hill on the eastern outskirts of Kabul.

Towards evening, as the descending sun allows a shadow to creep over Kabul, Koh-e Haji Nabi's population starts to grow.

Dusty and dirty at dusk, the sprawling settlement below feels a world away.

And yet for Kabulis, this hill is a helpful way of helping them to reconnect with their city, recall its better days and reimagine its potential.

The Kabul of the 1960s — peaceful, pedestrian, hopeful — is mourned and romanticised by older hillgoers.

Back then Kabul's population was just two million and the whir of bicycle spokes was more central to its soundscape than the beeping of horns.

That Kabul disappeared thanks to the Soviet invasion in 1979 and the civil war that ensued shortly after Moscow's humiliating withdrawal a decade later.

By 2001, when a US-led invasion overthrew the Taliban, large parts of Kabul had already been destroyed, including the historical Darul Aman Palace. 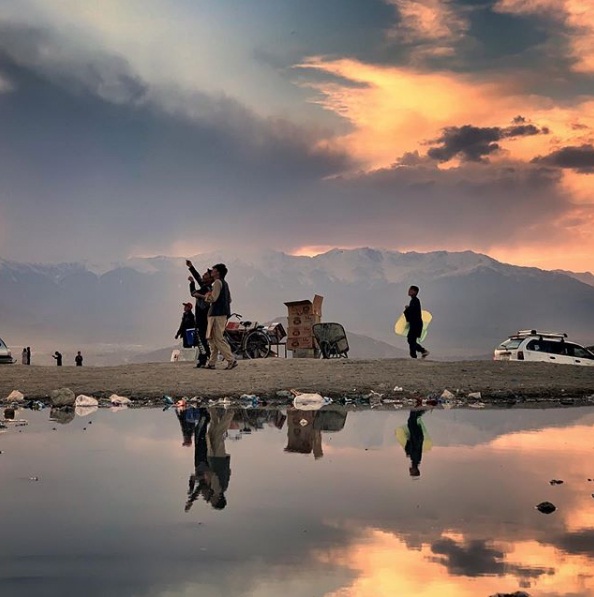 Kite flying is still a favorite weekend pastime for younger and older visitors to the hill. Photo by Jim Huylebroek, used with permission.

Khuja Shahabudeen, a 70-year old shop keeper on Kabul’s Chicken Street, was born and raised in the heart of the capital, Kabul.  His family had been tailors for three generations, but were forced to change businesses thanks to constant instability.

“I had this normal life, free of stress There were no suicide bombings, no killings. Today our lives are full of uncertainty,” Shahabudeen complained to Global Voices.

While today's Kabul offers more public goods than many parts of Afghanistan — Internet connection, luxury cafes, better tolerance between ethnic groups and relatively greater freedoms for women — it also has all of Afghanistan's vices in abundance. 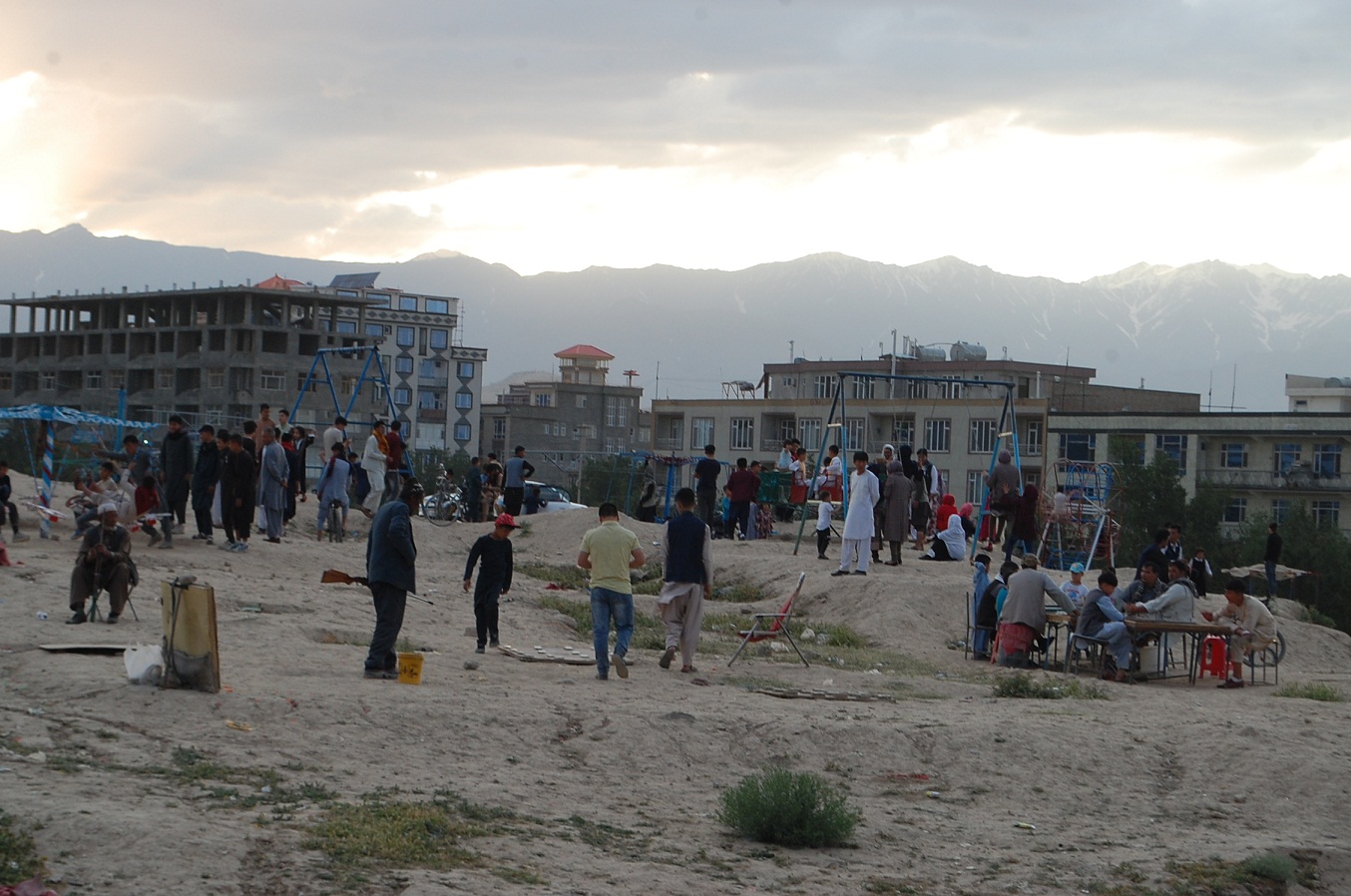 In Omid Sabz, a private town in the lower reaches of the hillside, residents hang out in a muddy yard. Photo by Ezzatullah Mehrdad.

For citizens of contemporary Kabul, the hill is a useful source of endurance in what often feels like a daily struggle for survival, regardless of your economic or social background.

Ali Reza Mohammadi, an 18-year old high school student whose life has never known peace, was one of the hundreds of young-hillgoers on a recent Friday.

“Usually every Friday, you can find me here,” said Mohammadi, who works part-time and studies at night school. 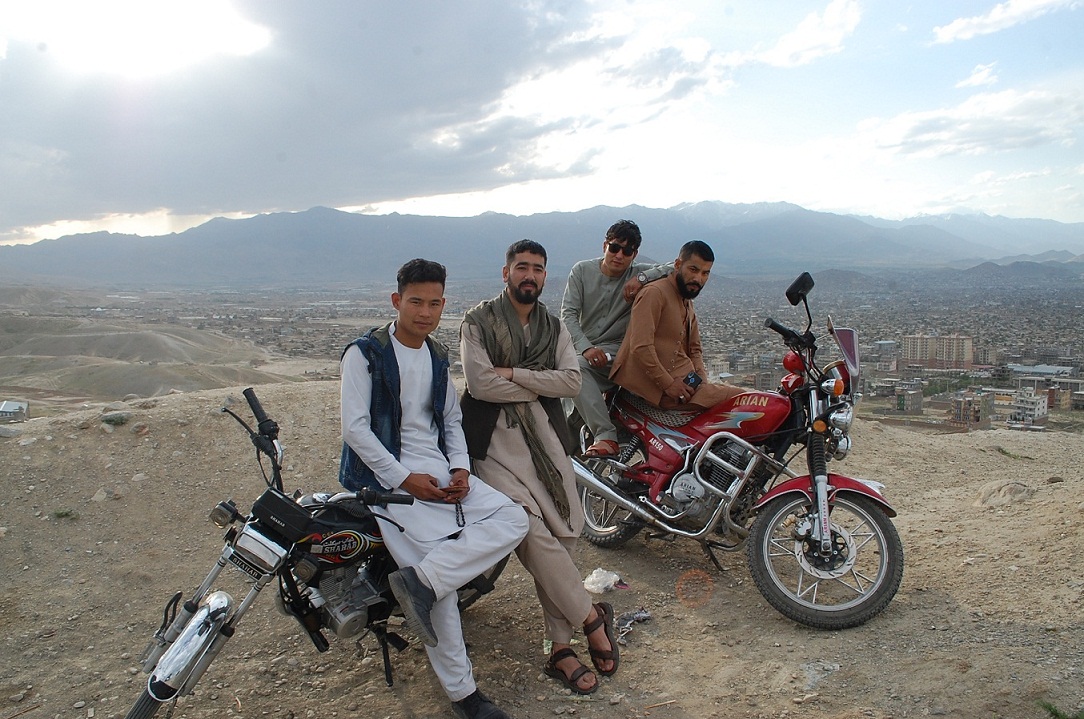 Mr. Panahi with his friends pose for a photo at the top of the hill. Photo by Ezzatullah Mehrdad.

Another is Nemataullah Panahi, 26, who says the clean air is a major draw.

As he speaks one of Panahi's friends twiddles with the volume on their portable stereo. Another prepares a pipe full of weed.

“Trips to the hill are our painkiller,” Panahi says.