"We've done a lot of things that were very new at that time." 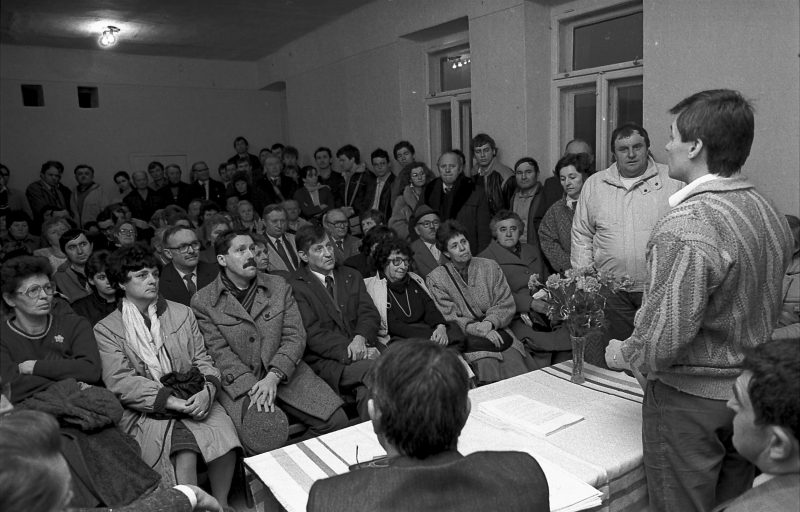 This story was published in Hungarian and English by the Hungarian investigative journalism non-profit, Atlatszo. An edited version is published below here as part of a partnership with Global Voices.

It has been reported several times that geological research is being conducted near the Hungarian village of Boda in order to determine whether the area is suitable for a long-term nuclear waste repository. Hungary needs a repository where it can place the spent fuel from Paks Nuclear Power Plant and the new Paks2 reactors because spent nuclear fuel cannot be transported back to Russia anymore.

The research about Boda and its suitability is not conclusive yet; however, only a few people remember that the “perfect” place for a nuclear repository has been found twice already in Hungary. But neither of them was built because locals organized and stood up against the state and the powerful nuclear plant. Here is the story of how the “small” managed to fight the huge powers over the last decade of socialism in Hungary.

Átlátszó investigative journalists teamed up with experts from Energiaklub Association to research the rumors about disorganized documentation of the packaging and storage of waste deposited before the fall of socialism, high background radiation and harmful substances leaking into the groundwater around the nuclear waste repository at the Hungarian village of Püspökszilágy.

They examined official documents, visited the village and the waste repository, concluding that the level of background radiation the locals are exposed to is unknown and that it will take another 15-20 years to conduct a thorough examination of the waste products which include tritium and radiocarbon.

However, more nuclear waste repositories were needed and the search for another location was started – the process is documented by journalist and lawyer János Havasi, who published a book about the topic in 1989.

A study published in 1981 recommended four possible locations. Three were eliminated and one remained: the village of Magyaregregy. This would have been the place for low and medium-level radioactive material from Paks.

Locals were shocked and surprised – especially that they were not officially notified. They've heard about the plan from hearsay. Some of them secretly started to organize. One of them was Lajos Bihari, a local doctor. This is the first time he spoke about the events since then.

He told Atlatszo that the area considered for the nuclear waste repository was rich in coal and other minerals, which could not have been mined if a nuclear cemetery was built in the area. He thought that for the future of his children and grandchildren, the mineral resources needed to be protected.

He convinced the local party secretary responsible for the industry to support the cause. They convinced a deputy minister, László Kapoly to go and inspect the area; during the visit, locals convinced Kapolyi that the village was unsuitable for the nuclear waste repository.

In 1982, a study commissioned by the Ministry of Industry concluded that the area was not fit for the nuclear facility.

The reason was that the soil easily moved, water was seeping through, and there were several water springs in the area; all of these made it unfit for the facility.

It is obvious now that the decision to cancel the plans was scientifically well-founded at the time, backed by geological research. However, some locals remember it differently. Some of the older inhabitants mentioned that some of the communist party elite liked to hunt in the area, and if nuclear waste was dumped there, the hunting would have been impossible.

Another village fights back

Following Magyaregregy, the attention turned towards another village, Ófalu. Locals living near the new proposed location were not informed about the decision either. They simply noticed several heavy machines appearing in their area doing geological research. After a few town hall meetings, the plans were revealed. 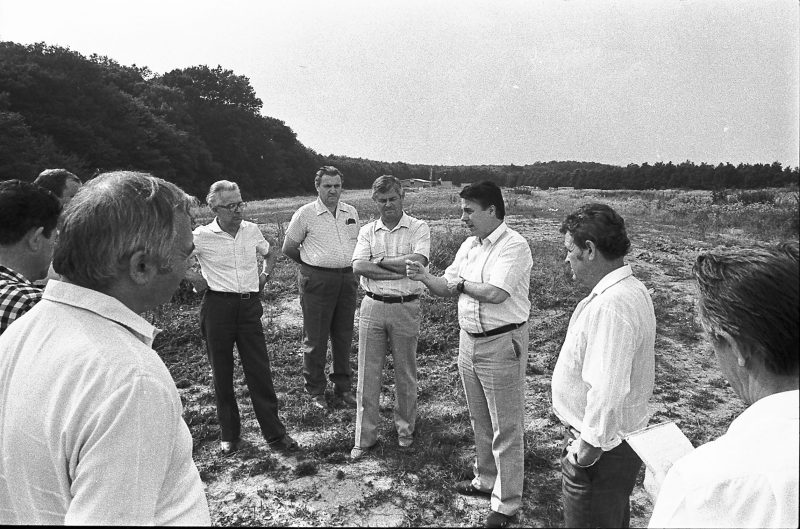 Even though many scientists questioned the suitability of the area, the works proceeded, and 150 million Hungarian forints were spent on research and construction preparations. It seemed like it was a done deal.

However, a few locals started a petition, including Ferenc Wekler and his wife. According to an interview he gave to journal Beszélő, his wife pressed him to step up. First, they tried to establish an NGO, but that proved to be impossible in 1985. However, his wife did not give up; she organized town hall meetings, asked scientists to write independent opinions and founded a “social committee” with locals in the four villages near the proposed site.

“We've done a lot of things that were very new at that time,” he said.

Wekler says that many things contributed to their success. One of them was that the political environment was already changing in 1987. Also, they managed to find renowned experts who stood up for their opinions and who were so well-known that they could not be ignored.

Wekler also mentions the role of the press that supported the locals in Ófalu. “The press finally had a story where they could tell the story of the small guy standing up to power,” he said. The locals even asked for an opinion from Hans Blix, then-director general of the International Atomic Energy Agency.

In the end, the nuclear waste repository was not built. The final word was said after a group of independent experts concluded that the area was geologically unsuitable for the facility.

The final decision not to grant a permit to the proposed facility was announced in April 1988 and the minister of health and social affairs stated in 1990 that there wouldn't be a nuclear cemetery in Ófalu. 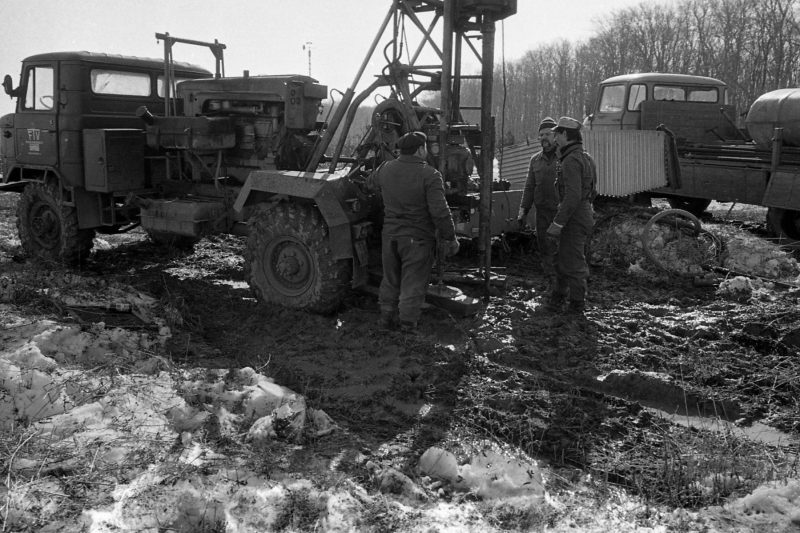 Representatives of the Paks nuclear plant held a press conference in February 1990 where they said that “the locals in Ófalu were better at politics and were better at using the current political realities of Hungary to their advantage.” They added that they learned their lessons and that they will never try to construct such a waste repository without winning the support of the local population. They stressed, however, that they think that the decision to cancel the construction of the facility was political, and not scientific.

Village of Boda as the next location for nuclear waste dump

During the same press conference, it was announced that the government is starting research near the village of Boda to determine whether it is suitable for a long-term facility.

Also, a short-term waste repository was built in Bátaapáti, only a few kilometers from Ófalu. The facility officially opened in 2012.

According to Energiaklub project director Eszter Mátyás, the Ombudsman found irregularities in the licensing procedure of Bátaapáti – officials several times granted permits unlawfully. Also, barrels of nuclear waste had been placed in the facility before its geological suitability was proven, and before the construction of the underground holding facilities was finished.

Mátyás said that Energiaklub is closely watching what is happening in Boda as well. The stakes are high because, until now, Hungary built nuclear waste repositories for low- or medium-level nuclear waste.

The new facility, planned in Boda, will be a long-term repository for highly radioactive material including spent nuclear fuel from the Paks nuclear plant – and later, from the Paks2 reactors.

This story, written by Eszter Katus and adapted into English by Anita Kőműves was produced by Atlatzo.hu in cooperation with Energiaklub, as part of a joint investigative series on energy issues in Hungary. Company information was provided by Opten.