Should Trinidad and Tobago repatriate the families of ISIS recruits?

The government will conduct a 'verification exercise' before it decides 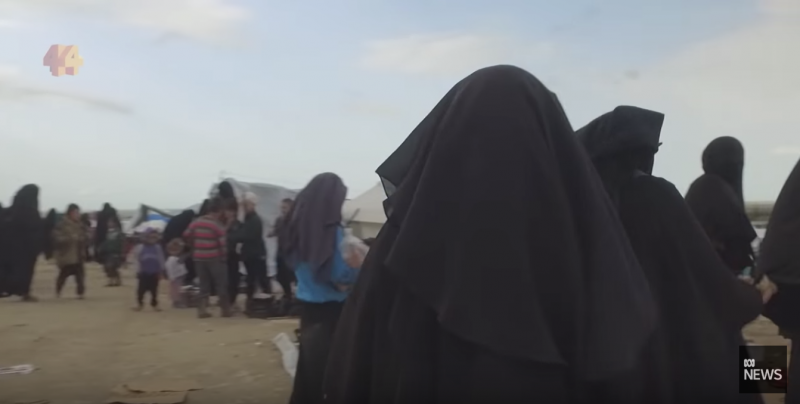 A screenshot from a YouTube video titled “Walk through Syria’s al-Hawl camp where thousands of Islamic State brides are held,” uploaded by ABC News (Australia), which shows the living conditions for the thousands of women and children inside the camp.

ISIS, the al-Qaeda offshoot that used to control large parts of Iraq and Syria using brutal, oppressive and violent tactics, lost control of these territories in January 2019. Since then, the families of many foreign ISIS militants have been left stateless.

Approximately 130 citizens from the Caribbean nation of Trinidad and Tobago have joined ISIS abroad —  the highest per capita source for recruits for the militant group in the Western hemisphere, catapulting Trinidad and Tobago into a debate over the repatriation of the dependents of ISIS recruits.

The exodus of fighters from the small Caribbean nation has declined since Syrian and American forces declared defeat over ISIS. Many of the militants, mostly men, have been arrested or killed, leaving behind wives and children. Their abandoned families now seek shelter and food in detention camps in Syria, most notably the al-Hol refugee camp in northeast Syria.

The group Con­cerned Mus­lims of Trinidad & Tobago (CMTT), which maintains there are at least 40 children and 16 women at the al-Hol camp with ties to Trinidad and Tobago, has asked the government to assist in the return of these nationals. However, Minister Young has made it clear that the country must go through security protocols before making any decisions on their return:

This al-Hol refugee camp houses persons who fled from ISIS war zones, and the first thing the government has to do is a verification exercise. The government has policies and procedures which we have implemented, including the use of Team Nightingale, which is a multi-agency task force comprising the Children's Authority, Counter Trafficking Unit, counter-terrorism units, TTPS, TT Defence Force, Immigration, persons from Ministry of National Security and other agencies [and] our intelligence services.

Young could not say how long the process would take, but some members of the local Muslim community have voiced their concerns about the women and children, who are reportedly living in uninhabitable conditions at the camp. Describing the situation as a hu­man­i­tar­i­an cri­sis, Trinidadian Imam Sher­az Ali recently made a TV appearance in which he said that many of the women and children who went to Syria did so against their will.

In a March 2019 report, The New York Times said that the camp held 72,000 people. More recent investigations by France 24 say that the number has increased to 100,000 people, in the camps and surrounding areas. The al-Hol camp dwellers comprise people from all over the world, some of whom refuse to return home and others who are desperate to leave.

Only a few official reports indicate Trinidadian women and children in the camp — actual numbers are not known. In early 2019, however, a Trinidadian mother finally reunited with her two young sons after their father abducted them and took them to Syria. Human rights lawyer Clive Stafford Smith organised the rescue mission and later criticised the Trinidad and Tobago government for its lack of support, even though a press release by the Ministry of National Security claimed a role in the rescue operation. Calling the release “insulting drivel”, Stafford Smith said that the government's specialised team meant to deal with nationals in Syria was “utterly useless” and of no help to the mother in her search for her boys.

While many citizens were happy for the young boys’ return, others are a bit skeptical about the return of others — mainly adult women — from the camp.  Countries like France have made the decision to only repatriate children; adults would have to go through an investigation before any talk of a return:

So we’re supposed to jeer at two young, possibly deeply traumatized children, because of their father’s actions? Are you serious?

Some members of the local Muslim community have kept up their appeals. Until official numbers can be determined and strategies put into place, the futures of any Trinbagonian women and children will remain in limbo.