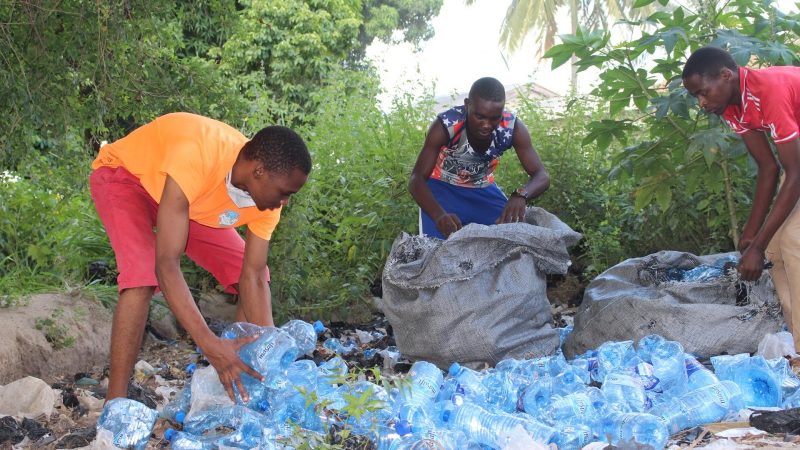 Abdalah Nyambi (left) collects plastic bottles as he and members of his environmental organization prepare to turn it to pavement. Photo by Goodhope Amani, used with permission.

On June 1, the Tanzanian government banned the use of plastic bags, joining 33 other African nations in an effort to put an end to single-use, disposable plastic products. But plastic waste is still abundant in the country and leading environmental youth activists hope that one day Tanzania will be completely free of single-use plastic products.

Liberatha Kawamala, 24, is an environmental activist at the forefront of environmental activism in Dar es Salaam, Tanzania’s cultural capital. A former logistics and transportation major, Kawamala now spends her days as the leader of over 300 environmental clubs, teaching future generations about the importance of nature conservation with a focus on the threat of single-use plastics on Tanzania's rich ecosystems, both land and sea:

We need more efforts in making changes.. children of this century should start learning more things as entrepreneur from school practical things,and how the system changes https://t.co/n831CzhcBO

The coastal city of Dar es Salaam is the largest in Tanzania — and rapidly growing. The last national census in 2012 estimated the population at 4.3 million. Waste management is a major problem, especially in the squatter settlements — where 70 to 80 percent of the urban population lives — without essential infrastructure and waste collection services. 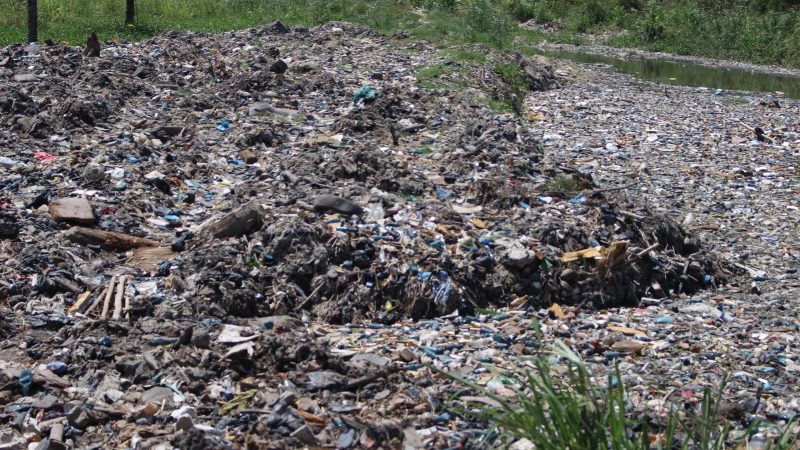 Side view of the Msimbazi river in Dar es Salaam flooded with plastic waste. Photo by Goodhope Amani, used with permission.

In November 2018, Kawamala attended an Arts, Creativity, and Innovation for Sustainable Development exhibition organized by United Nations Tanzania in Dar es Salaam, hoping to connect with like-minded people. There, she met Abdalah Nyambi, 26, a third-year university student, who also makes plastic flowers made from recycled materials.

The two decided to collaborate to change young people’s perceptions of plastic waste.

Together, they established Plastic Recycle and Youth Organization (PREYO), and Kawamala and Nyambi now aim to generate income from their recycled plastic products while also educating young people on the importance of nature conservation through youth environmental clubs. Kawamala says:

“I studied logistics and transport management, but my passion led me to take [on the] environment. Many people ask me why [I took] logistics [because] it does not connect to [the] environment. I said if you have a passion for something, you better do it. 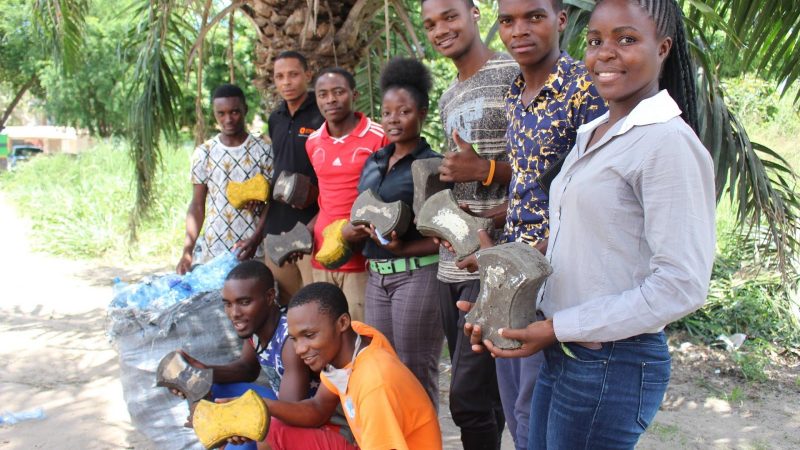 Kawamala spends most of her time now advocating for environmental preservation. She partners with organizations like the Jane Goodall Institute to establish 300 environment clubs in primary schools, where she teaches the importance of nature conservation, gardening, tree planting, fighting against plastic waste and proper waste disposal. 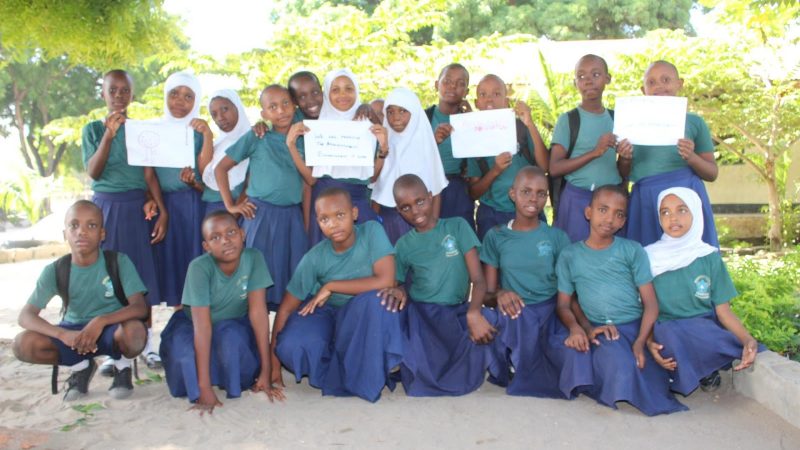 In early May, Prime Minister Kassim Majaliwa announced the ban on single-use plastic beginning June 1, following in the footsteps of Kenya and Rwanda. Tanzania is the 34th country in Africa to impose a plastics ban, with Africa leading the world on such measures, according to the United Nations Environmental Program.

Majaliwa announced that from June 1, it will be illegal to buy, sell and import any kind of plastic bag under the Plastic Carrier Bags Regulation 2019. Anyone manufacturing or importing plastic bags and wrappings can be fined of up to 1 billion Tanzanian shillings [$435,285 USD] or imprisoned for two years, or both. Individual possession and use can result in fines of up to 200,000 TZS [$100 USD], imprisonment up to even days, or both, according to The Citizen.

Many Tanzanian netizens applauded the move:

Proud of my home country Tanzania which has announced that a ban on single-use plastic bags will come into effect shortly. @JMakamba looking forward to more updates on this exciting development! #CleanSeashttps://t.co/Dibk3aQNNr

Monica Adam Mgata, a standard five primary student and member of her school environmental club, which they call “Roots and Shoots,” believes that students have a great contribution to make to environmental conservation and that banning plastic bags is a good first step. Mgata says:

Plastic bags take a long time to decompose and also affects soil fertility. I advise fellow students not to use single plastics bags and bottles.

According to the 2018 United Nations Environment Program report, experts predict that up to 12 billion tons of plastic waste will be generated by 2050 unless initiatives to manage and limit its production are implemented.

Most single-use plastics never decompose, polluting and distorting ecosystems on both land and water.

Student from Canosa high school they have lernt on the history, advantage, disadvantage, types of plastic we use in our daily life, practical of upcyling waste plastic bottles into different shapes and appreciation to Tanzania @JMakamba @JoyceMsuya #BeatPlasticPollution pic.twitter.com/3gnuAErjQz

Abdalah thinks that people are passionate about the environment but that they need environmental education, particularly when it comes to the benefits of conserving the environment. Nyambi says:

People lack knowledge. If we start educating them, I think they’ll become familiar with environmental issues and start becoming sustainable.