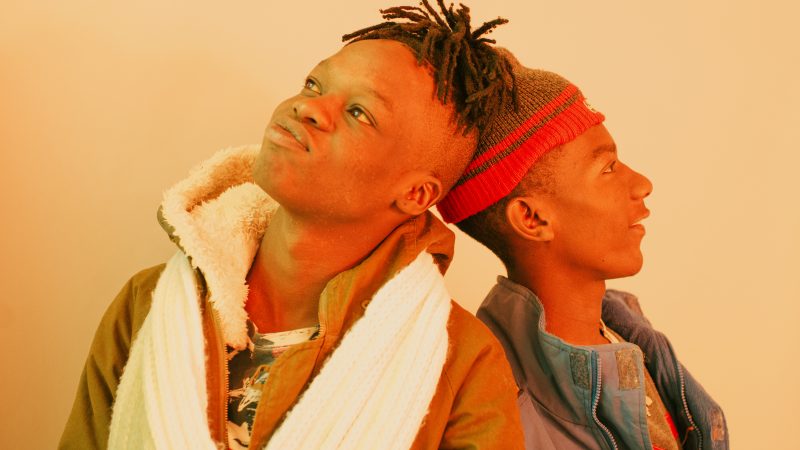 MCZO (left) and DJ DUKE (right) are rising singeli artists from Dar es Salaam, Tanzania. They were denied a visa to perform at the Red Bull Music Festival in New York City, US. Photo by Kasia Zacharko, used with permission via On the Sly Productions.

DJ Duke and MCZO, two Tanzanian rising stars of pulse-raising singeli [1] music genre, were denied a visa to the United States in May after a months-long visa application process.

The two musicians were set to perform at the Red Bull Music Festival [2] in New York City, US, in May 2019. The US embassy in Dar es Salaam denied them visas after an application process that the pair say cost them “more than our combined families make in a year.”

According to Tamizdat [6], an organization working on visa and mobility issues for artists, the US issues two types of visas for performing artists: “O” visas for those who can show “extraordinary ability,” and “P” visas for members of “internationally recognized entertainment groups” or “culturally unique programs.”

The US embassy denied MCZO and DJ Duke visas on the grounds that:

DJ Duke and MCZO are signed to the Ugandan record label Nyege Nyege Tapes, whose website [7] describes them as “punkish and fast (even by Singeli standards)” artists who “take things to the next level if that was even possible with it comes to singeli music.”

Mfaume Mwafyaga, aka MCZO, and Nassoro Rajabu Ally, aka DJ Duke, both in their 20s, come from the Mburahati [8] neighborhood of Dar es Salaam, the cultural capital of Tanzania, where Duke runs Pamoja Records. The two have been part of an underground singeli scene twisting old sounds into new music [9] — at break-neck speeds.

The two held out hope of performing in NYC until the last minute. When it was clear that they would not get visas to perform, they issued a statement — and a mix they call the “No Visa Mix”:  [10]

…In the end, NOTHING could prove that we did not intend to run away illegally once checked in at our Holiday Inn. As two … Tanzanian boys with no secondary school education, not a single property in our name, not a shilling in our pocket, and no family in America, the consular authorithies seemed to sincerely think that there was a ‘better life’ available for us there that we would not resist to chase.

But the current situation in America does not indicate any sign that we would find more freedom, happiness and success there, or does it?

The two rising stars say they can “fill stadiums in Dar es Salaam,” with a growing fan base hungry for their frenetic, high-speed Singeli beats, featured most recently on Duke's new album, “Uingizaji Hewa.” [11]

“Singeli is the ecstatic underground sound bubbling away in Tanzania's most populous city.” — The Boiler Room

How Tanzania's working class suburbs are bringing their sound to a global audience pic.twitter.com/wzQoKUBUmL [12]

They've performed around the world to rave reviews and have been featured in The Guardian and Pitchfork, [14] which wrote:

Often overlaid with raspy, sped-up rapping, [DJ] Duke’s drums move so fast that they compress entire bars into the space of a single beat. … And when he really goes all out, it sounds like punk, basically, just arrived at by different means, but still fundamentally fast, cheap, and thrillingly out of control.

But the US embassy “still assumed we were going to run away and hide illegally in America, as two uneducated, non-English speaking Tanzanian boys,” they wrote in their statement, posted to Facebook and Soundcloud.

On July 3, The Guardian listed “No Visa Mix” as one of their top five mixes of the month:

Visa denials on the rise

African artists and intellectuals have long suffered from discrimination [21] in the form of visa denial, amidst rising xenophobia and anti-immigration policies in Europe and North America.

US-based Tamizdat collects and analyzes data regarding US visa issues encountered by international performing artists. In their 2018 White Paper, they describe several issues with visa processing [6] for artists including extreme delays in determination, vague terms, inaccurate information, confusing regulations, narrow definitions of artistry, rejection for minor clerical errors, and sudden announcements of new policies or interpretations of existing ones.

A similar situation prevails in the United Kingdom. “Obtaining visas for non-European artists coming to Britain has long been a nightmare, even for world-famous stars,” writes [22] Ian Birrell in The Guardian.

In 2018, UK immigration authorities put African artists through such a grueling visa application process to attend the legendary arts and music festival WOMAD, that many ended up declining the invitation to attend.

“Culture is being crushed as politicians lurch to the right,” said WOMAD director Chris Smith to the Radio Times. [23] “My fear is the situation is only going to get worse.”

In 2019, the UK's Home Office denied visas [24] to academic researchers from Sierra Leone who were invited by a UK organization to attend a training on Ebola preparedness. The denials speak to an increasingly hostile stance toward immigration by the Home Office, whose denials have been described by one of the meeting organizers as “insulting” and “arbitrary.”

In 2017, the African Global Economic and Development Summit was held in California but no Africans could attend because they couldn't get visas. In the past, nearly 40% [25] of invitees have been turned down, but in 2017, the US blocked 100% of the African visa applicants from attending an event that was all about Africa.

An annual Africa trade meeting was held with no Africans. Visas for all 100 African delegates were denied by the US. https://t.co/BZ34E1W4N0 [26]

On July 4, Ugandan artist Charity Atukunda recounted her personal experience with visa denial and restricted mobility in this powerful illustrated series. [28] She writes:

My first experience of visa processing centers and the money-making machines they are was when I applied for a visa to South Africa in 2016. The system is designed in such a way that your whole life, your entire narrative on paper, has to make perfect sense to a stranger.

‘We recorded a mix for you’

DJ Duke and MCZO expressed disappointment in their statement over their visa denial, thanking the people who tried to cut through the red tape on their behalf, including Red Bull representatives, On the Sly [8] Productions, Covey Law firm and representatives from Nyege Nyege record label. They even thanked presidential candidate and New York Senator Kirsten Gillibrand.

In a gesture of goodwill, they released their singeli mixtape with special instructions:

We recorded a mix for you, make sure you listen with full, full volume and in clothes you can comfortably dance in…

They also wrote that they would be happy to share their culture and invite fans to Tanzania, where “we shall grant you a visa on arrival, no matter who you are — and trust that you shall not overstay.”

The two invited their fans to come to their performances, visit their studios and attend the Nyege festival in September in Uganda.

“Feel welcome! We love and respect you!” they wrote.

But the statement came with a sober request:

“For those of you who still think of artists escaping to America, think about it again. It doesn’t make sense and you’ll lose the chance to see amazing performances.”