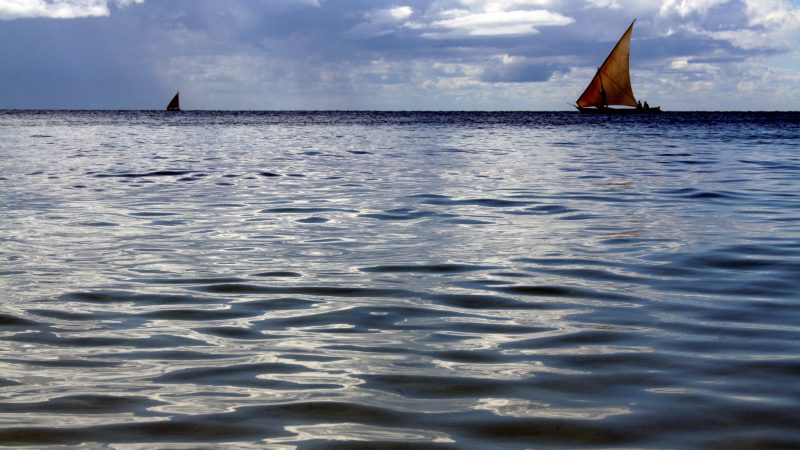 A July 2019 NYT job ad for Nairobi bureau chief is chock full of clichés about Africa referencing the “shores of Tanzania” and the “deserts of Sudan.” Photo of a dhow passing on the Indian Ocean in Tanzania, by Pernille Baerendtsen, used with permission.

On July 3, 2019, the New York Times announced a job ad in search of the next bureau chief for its Nairobi, Kenya, office. The reductive language used to describe the ideal candidate’s role and responsibilities has reignited the debate on Western media's trafficking of tired stereotypes about Africa.

The first few lines of the ad states:

Our Nairobi bureau chief has a tremendous opportunity to dive into news and enterprise across a wide range of countries, from the deserts of Sudan and the pirate seas of the Horn of Africa, down through the forests of Congo and the shores of Tanzania.

Many who read it had to stop there — “from the deserts of Sudan and the pirate seas of the Horn of Africa …?” Netizens on Twitter began to comment immediately about how the author of this ad had taken instructions from “How To Write About Africa,” by the late Kenyan writer Binyavanga Wainaina — without getting the memo that he was being sarcastic.

But it doesn’t stop:

It is an enormous patch of vibrant, intense and strategically important territory with many vital story lines, including terrorism, the scramble for resources, the global contest with China and the constant push-and-pull of democracy versus authoritarianism.

East Africa, described as an “enormous patch”? A region reduced to “vital storylines” such as “terrorism, the scramble for resources, the global contest with China?” Netizens pointed out that the ad clearly relies on tired, colonial-era tropes about Africa:

The @nytimes advertised the following vacancy for a #Nairobi Bureau Chief position. If we wouldn’t know better you would think it was written by a colonial master that never left. Colonialism is still around in a big way, under various guises. Let #Africa choose its own stories! pic.twitter.com/Wp413KULGo

Hard to distinguish this @nytimes ad for a Nairobi Bureau Chief from a call to join a 19th Century expedition with Livingstone & Stanley – H/T @kopalo pic.twitter.com/Sw78Crtxux

There is also the chance to delight our readers with unexpected stories of hope and the changing rhythms of life in a rapidly evolving region.

To which journalist Larry Madowo tweeted:

As a lifelong African, I’m overjoyed that a benevolent New York Times correspondent will soon patrol our pirate seas & deserts, occasionally telling our unexpected stories of hope. I live for the white gaze https://t.co/7t6IJjyf3C

Netizens on Twitter came out in full force to condemn the NYT for the ad.

Kenyan storytellers, Lam Sisterhood, created a spoken word performance piece out of the NYT ad, calling attention to problematic words, phrases and lines that reinforce disturbing, reductive notions of Kenya, East Africa and the continent. The video was retweeted nearly 240 times in a 24-hour period:

We made this for you

Here we go again: the @nytimes appear to want to hire Tarzan as the next East Africa Bureau Chief. ? A stark reminder that American liberalism still views people of colour as a source of intermittent, feel-good ‘stories of hope’, or helpless pawns of global trade and conflict. https://t.co/kq96PWVfl3

Both characters match the cliché adventure types common in Nairobi, who Wainaina described as a “Will Never Be Kenya Cowboy”:

Will try very hard, fail, be reassigned to another country, fight to stay, fail and then write a book about Their Time In Africa when they Dodged Bullets and met Warlord, Tore Out Crocodile’s Tooth and Advised THE PRESIDENT.

The NYT is not new to pushback in Nairobi in its handling of stories from the region.

When a deadly terrorist attack struck the Dusit Hotel in Riverside in Nairobi in January 2019, killing 15 and wounding over 30, then-incoming bureau chief, Kimiko de Freytas-Tamura, wrote a controversial article about it for the NYT, which featured graphic photos of slain victims covered with blood.

The images invoked local and global fury for being insensitive, inappropriate and dishonorable. Many also called out the double standard that led to publishing these images, suggesting that had the victims been white, the NYT would not have published them.

Kenyans on Twitter, or #KOT, first waged their collective rage directly at de Freytas-Tamura, calling for her resignation and deportation. But de Freytas-Tamura pointed to the NYT’s photo department who approved the photos.

Kenya’s Media Council gave the NYT 24 hours to take down the article and photos from their website, but the newspaper did not budge — or apologize:

@mediacouncilk today officially wrote a protest note to @nytimes over it's coverage of #riversideattack pic.twitter.com/w27B20f73W

We have heard from some readers upset with our publishing a photo showing victims after a brutal attack in Nairobi. We understand how painful this coverage can be, and we try to be very sensitive in how we handle both words and images in these situations. https://t.co/Qjm0qBMaF3 pic.twitter.com/1sqgTnnVKW

Kenyans reacted so strongly against de Freytas-Tamura — even threatening her life — that the NYT eventually shifted de Freytas-Tamura back to the London office. She never did assume her role officially as Nairobi bureau chief — and the controversial photos remain online.

On further reflection, … his narrative seems a bit outdated, maybe even out of touch with the changing realities around him and the expectations from privileged global professionals.

Kenyans on Twitter do not only target the NYT. Several other examples point to moments when Kenyan Twitter came out to admonish and correct offensive language that perpetuates tropes and stereotypes about Africa.

In 2012, when Korean Airways launched Nairobi as a destination, it released an advert that said: “Fly Korean Air and enjoy the grand African Savanna, the safari tour, and the indigenous people full of primitive energy.” The advert went viral and unleashed a flood of tweets calling for Korean Air to reconsider flying to Kenya.

In 2015, when CNN labeled Kenya “a hotbed of terror” ahead of United States President Barack Obama’s visit, over 75,000 tweets within a single day protested the stereotype.

Perhaps the NYT is numb to loud reactions. The new ad clearly falls into the old “dark continent” trap.

Seven years after Welsh 19th century explorer, Henry Morton Stanley, cast Africa as “the dark continent” — based on travels to Central and East Africa that resulted in a published 1878 travelogue, “In Darkest Africa” — the Berlin Congress divided up Africa for “European powers’ pleasure and profit.”

When University of Stanford media scholar, Toussaint Nothias, analysed over 282 articles published in British and French newspapers between 2007 and 2012, he identified a systematic portrayal of Africa with “darkness” and “tribalism” that treated Africa as a “homogenous entity” with coverage that relies “predominantly on Western sources.”

Cameroonian historian and philosopher, Achille Mbembe, uses the term “absolute otherness” to describe how the West positions itself toward Africa. What Africa is — the West is not. The need to negate and contrast brightness with darkness still dominates the West’s perception of its relationship with the other.

Let's imagine the reverse: “African news agency seeking correspondents to cover America: a vibrant territory with many vital storylines, including inexplicable gun laws, the global contest with China, and a penchant for overthrowing foreign governments for sport”.

Chibuke Oguh, a Nigerian scholar, argues that this kind of framing ignores the continent’s many historical as well as contemporary “political and economic success stories.”

Communicating these anachronistic ideas about Africa makes satire relevant — but it still doesn’t answer why the NYT got this so wrong.

Editor's note: Global Voices reached out several times to the NYT for an official comment without a response. On July 8, international editor Michael Slackman responded on Twitter in direct response to Lam Sisterhood and claimed responsibility for the ad with an explanation. We will update again as necessary.